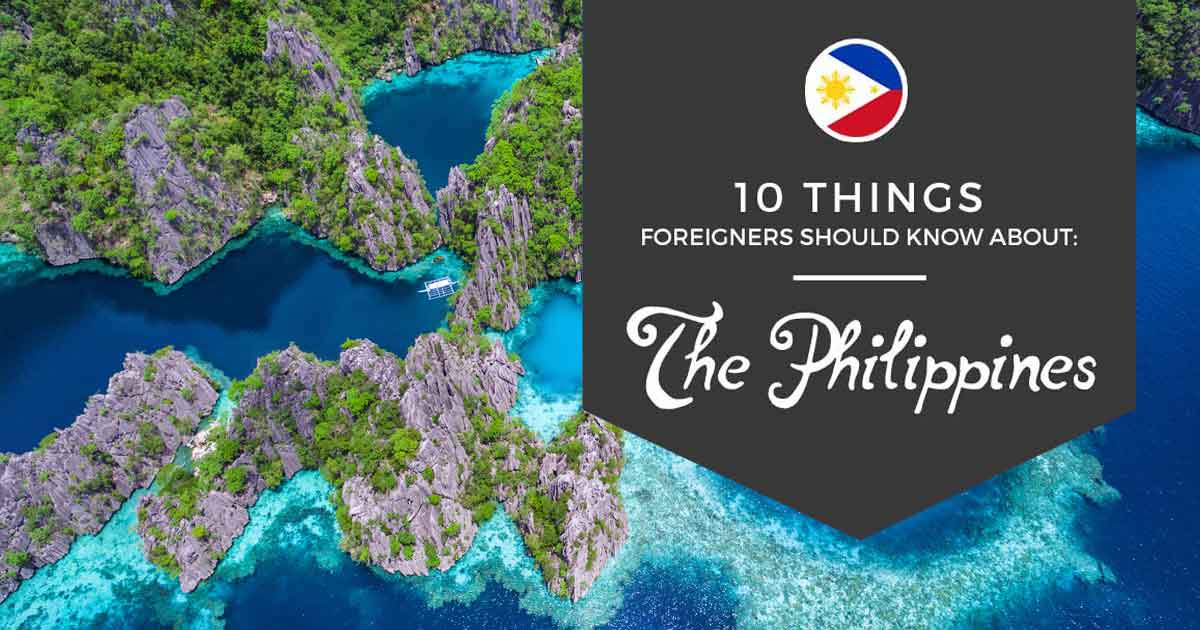 Trust me, it’s true. To illustrate: back in 2010 rebels and government soldiers had a ceasefire as they came together and watch Manny’s fight.
Dry season starts in late November and ends in May, and the wet season primarily starts in June until October. If you’re in one of the big cities like Manila, be wary when it rains too hard since floods primarily happen due to poor irrigation and sewage infrastructure. Additionally, given how we’re close to the equator, the Philippines is also prone to earthquakes and typhoons — rest assured, they don’t happen that often to make you get all anxious about traveling here.
We also call ourselves Pinoys which you should pronounce as P-noy (with a short ‘P’) and not ‘Pee-noy’. In connection with this word, we often like to say this phrase: “Proud to be Pinoy” or “Pinoy Pride” especially when we see any international celebrity or rising star who even has the slightest hint of Filipino blood in their body… As for weather and natural occurrences, the Philippines mainly has two seasons: dry and wet.
With a population of about 100 million, we are the 7th-most populated country in Asia and the 12th most populated country in the world (with an additional 12 million Filipinos who live and work overseas — these workers are commonly called ‘OFWs‘ or Overseas Filipino Workers).
Speaking of Mindanao, past incidents made by radical groups in these southern islands have given foreigners the false impression that it is not safe to travel to the Philippines; but such is NOT true! Those were isolated and special cases, and are definitely not the norm. In fact, one of the cities in Mindanao called Davao has a very low crime rate and is even claimed to be one of the safest cities in Asia.
Officially known as the Republic of the Philippines, we are an archipelago in Southeast Asia located east of Vietnam and north of Malaysia. We have around 7,107 islands — of which only 2,000 are inhabited and these are categorized broadly under 3 divisions: Luzon, Visayas, and Mindanao (with Manila as the capital that is located in Luzon).

On the other hand, though we are very proud of ourselves and our country, we are VERY sensitive as well. We got no chill especially when it’s something bad about us — this means that if you ever have anything bad to say about the Philippines or our fellow countrymen, HELL WILL BREAK LOOSE ON YOU. Guaranteed. Examples:
By the way, if I may add, even in the blogging scene, people are saying that some bloggers make intentional bad comments and articles online about the Philippines just to enrage the Filipinos and get more traffic or worldwide attention. (Now guys, don’t take advantage of us, okay?)
NOTE: Rest assured, not everyone in the country is this touchy, but yeah… generally, as you can see, the majority are.
But okay, there is still crime in the country but much like any Asian destination, it’s not so serious nor threatening as long as you stay street smart.
This is why there is this running joke on the internet that whenever someone popular worldwide have a quarter or a tiny hint of Filipino ancestry, people will start saying things like: “Brace yourselves, the proud Filipinos are coming.” Haha! But of course, it helps to note that some of us are also tired whenever our fellowmen keep claiming just about anyone who might be related to our ancestry.
Okay maybe not often: always.

TRIVIA ABOUT SAFETY: We love Manny Pacquiao with a passion. A majority of us are fiercely proud and supportive of him that during his fights, most (if not ALL) of us will be at home or in public places watching the TV and cheering him on.

Because of this, you will see two dominant ‘miracles‘ happening across the country: non-existent traffic and a ridiculously low crime rate (dropping to below 1%).