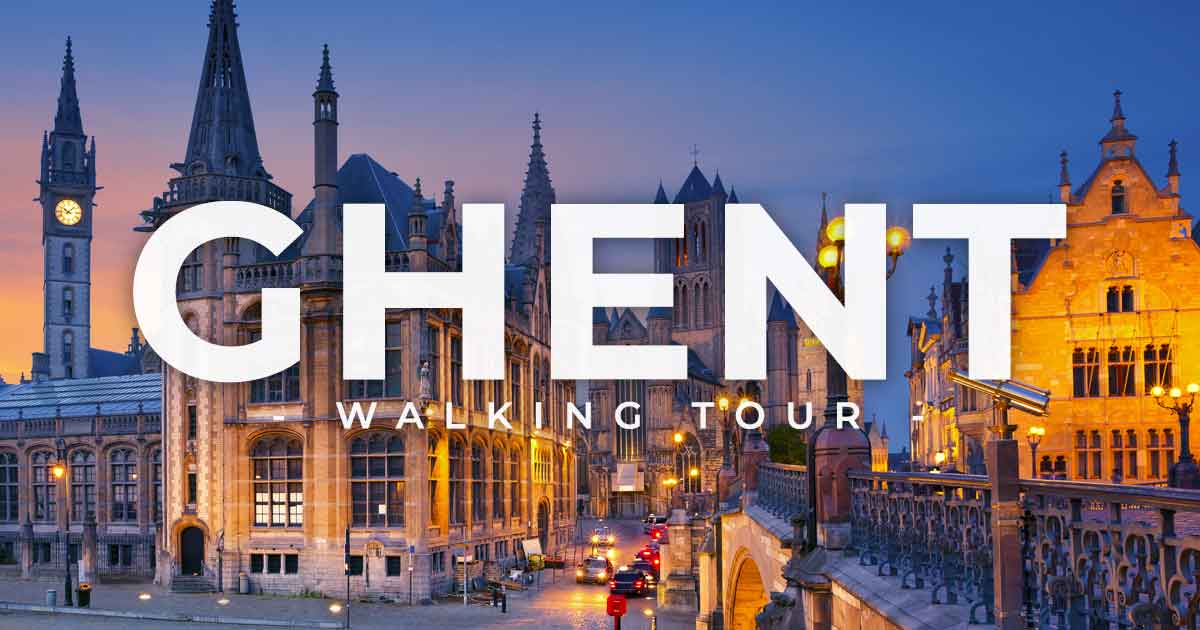 TRIVIA: If you watched the movie, The Monuments Men, this is one of the paintings that they were trying to recover.
Not only is it a spectacle from the inside, but from the outside as well as the god, Apollo, stands in the middle of the square upon a fountain! To learn more about the theatre’s schedule, see here.

When I first visited Ghent in 2013, I saw this painting up close in Museum voor Schone Kunsten* (Gent Museum of Fine Arts) as they were doing a routine fix for it. It’s still there since they are doing a 7-year restoration, so you can definitely visit this museum to get a look at it up close and LIVE as they do their work. So what then is in St. Bavo’s Cathedral? Two-thirds of the original work and the missing panels that are being restored are replaced by black and white replicas.
(St. Bavo’s Cathedral) This is the ‘seat’ of the diocese or bishop of Ghent. In 942, this used to be a small wooden church but later on expanded in Romanesque style by 1038 and onwards. Come 1559 when the Diocese of Ghent was founded, this church became its cathedral. Today, St. Bavo’s Cathedral holds a lot of treasures!
The Royal Dutch Theatre is the city’s municipal auditorium where you can enjoy both classical and contemporary plays.
But of course, the one work that stands out from all of the rest is the world-famous 12-paneled Ghent Altarpiece (Adoration of the Mystic Lamb). As one of Belgium and the world’s greatest masterpieces (for being the first major oil painting depicting the A to Z of Christianity), it is said to be the most stolen artwork of all time! Why so? Well, it was robbed by Napoleon, nearly burned by Calvinists, hunted in WWI, and repeatedly stolen in WWII (Hitler and Nazis really wanted to own it). In fact, up till now, a part of it is still missing which is ‘The Just Judges’ panel.

From famous paintings (Saint Bavo enters the Convent at Ghent and The Calvary Triptych by Justus van Gent, View of Gent by Lucas de Heere, etc.) to key treasures (rococo pulpit, Baroque high altar, tombs of bishops, etc.), there are surely a lot of things to see here.
Over time, it has been a knight’s residence, an arsenal, a monastery, a school, a bishop’s seminary, a madhouse, and a prison.

This is the ‘Castle of Gerald the Devil’ named after the Knight, Geeraard Vilain. He was no devil but he was nicknamed that way and this edifice played a vital role in defending the Portus Ganda, a trading post that was the foundation of the creation of Ghent in the past.
*The location of the museum is a bit far outside the city center so I didn’t include it in the Ghent walking tour map above.
Photo by: VisitGent / CC