If you want to visit Washington DC from New York without the stress of having to plan it yourself, there are some great 1-2 day tours where everything is organised for you. Bonus: they stop at Philadelphia on the way meaning you can pack three of the best cities in the USA into one compact trip. Here are two tour options:

You can search for departure times on Amtrak. If you want to go from New York City centre to Washington DC centre, search for the stations:
Ticket prices vary depending on the train speed, time of day, time of year and how far in advance you book. You can pay as little as or as much as 0 depending whether you’re able to score a cheap seat. Tips for finding cheap train tickets to Washington DC:
The journey from New York to DC takes about 4 hrs 30 mins and includes toll roads. It is, of course, highly dependent on traffic, which can be very heavy in both city centres. If you are driving, keep in mind that parking in both cities is also at premium pricing.

From New York to Washington DC by Train

I’m a big fan of Amtrak and have taken many of their trains including from New York to DC. As well as comfort and a typically faster travel time, the train services like onboard coffee shop and wi-fi can’t be beaten compared to driving or taking the bus.
If you’re interested in the fastest way to travel from New York to Washington DC, go by train with Amtrak. The journey time varies depending which train you take. The fastest train from New York is onboard the Acela route which takes between 2hr 56 mins. The Northwest Regional Route takes 3hrs 38 mins. There is some slight variation to the timings depending which time of day you travel, allowing for longer stops during commuting hours.

Ticket prices are around – depending when you book. If you want to compare prices and schedules in one place, try Check My Bus. You can also compare flights and trains on the same page. It may be cheaper to book direct but the search function is great for initial research on Check My Bus.
A message from Amtrak: “Moynihan Train Hall is the new home of Amtrak in New York City, located directly across from New York Penn Station at 8th Avenue in the historic James A. Farley Post Office Building.”

Don’t have time to read more? The fastest way of traveling from New York to Washington DC is to travel by train. The journey takes under 3hrs on the fastest Amtrak train (Acela route). Click to book your official Amtrak tickets.

From New York to Washington DC by Bus 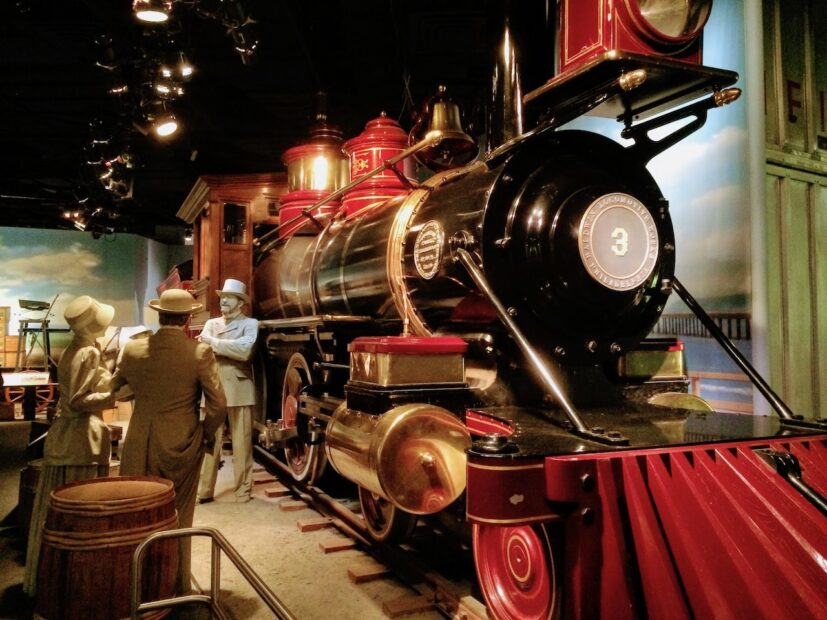 From New York to Washington DC by Car

If you want to do more route planning, and comparing transport options, here are my favourite planning websites:
Long gone are the days when you need a travel website to tell you the best route from A to B. If you don’t have GPS in your car, you’ll have it on your phone. My favourite is Google Maps – it’s the most up to date with real time traffic and the smartest routes. I have driven using Maps.Me which used to be brilliant if you’re overseas and don’t have a cheap data plan. Sad to say, the app doesn’t keep up these days so on my last trip to the USA I ended up switching on my International Roaming and using Google Maps instead.

Washington and Philadelphia in 1-day – it’s going to be a long day but adding two iconic cities to your New York trip makes this a brilliant add-on tour. See the White House, Capitol Building, Liberty Bell, the famous ‘Rocky Steps’ and Independence Hall all in one whirlwind day of sightseeing. (Price, 6)
The main bus companies going to DC are: Greyhound, Megabus and Flixbus. I’ve travelled on Greyhound and Megabus and would say that Greyhound is often less crammed but the Megabus service is more modern from ticket purchase through to better wifi onboard. Flixbus is a European bus company that’s expanded into the US a little bit. I’ve not used them yet. There are a couple of other companies that also run the route including PeterPan and Vamoose.

You can fly from New York to Washington DC in just under 1hr 15 mins, which might seem like the fastest route until you take into account ‘airport time’. Neither city has a central airport so you need to add travel time to the airport as well as time to check in and get through security. Then there is de-planing and getting into the city at the other end. In short, flying is very likely going to take at least as long as driving, if not more. Of course, if you’re already at the airport and want to do a short hop from New York to DC, that makes sense.
If you want more info or to compare the different ways of getting from New York to Washington DC (or vice versa, going from Washington DC to New York), read on.
What is the distance from New York to Washington DC? There is a distance of 226 miles between New York City and Washington DC, according to Google maps and travelling from the centre of each city.
If you’re on a budget and travelling without a car, taking the bus to Washington DC from New York is the perfect low-cost option. The good news is, there are several bus companies that make the trip. That also means that the schedule is more regular than the train, sometimes with a choice of buses each hour or half hour. And you can therefore also choose a bus that suits your price range.

If you want to see a great list of things to do in Philadelphia, check out this excellent guide here. Washington and Philadelphia in 2-days – similar to the itinerary above but at a more relaxed pace and with more sights included, this 2-day tour includes a hotel overnight in Washington D.C. You’ll even be taken on a buggy tour through Amish Country on the way back. (Price, 0)