The Statue of Liberty was designated a World Heritage Site in 1984. That means its outstanding natural and cultural resources form the common inheritance of all mankind.

That’s my guide to whether Statue of Liberty Crown Access tickets are worth it. If you’ve got any questions or suggestions, leave a note in the comments below.
The Statue of Liberty was officially called Liberty Enlightening the World and was a joint endeavour by France and the USA to celebrate the 100th anniversary of the Declaration of Independence. Lady Liberty was a bit late (10 years) but was finally dedicated on October 28 1886.

All in, I’d say that pedestal access would have done me and I wouldn’t be majorly disappointed if you can’t bag one of the highly coveted Crown tickets for your trip.
Want to learn more? Here are a few Statue of Liberty facts:

I know it’s not polite to discuss a lady’s measurements but the Statue of Liberty has a 35 ft waistline. Must be all that New York strip-steak. Makes me feel a bit better about my exanded waistline post New York.

Going inside the Statue of Liberty – is it accessible? 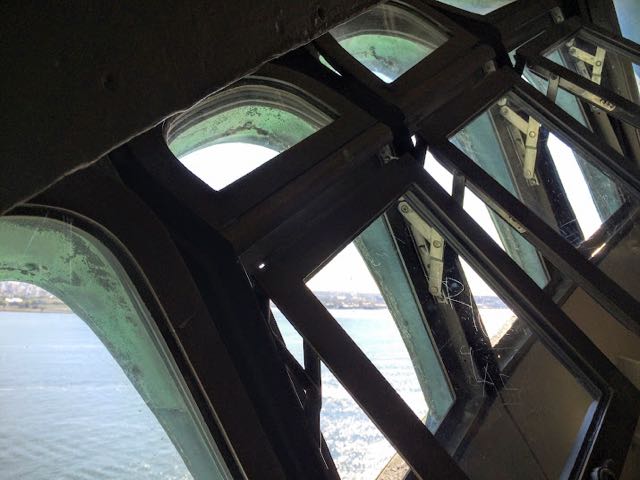 From the top of the pedestal to the crown there is NO ELEVATOR. Instead, you have to climb 162 steps, and they’re not the most appealing steps either – you’re in an enclosed spiral staircase the entire way. I’m not trying to put you off – I’m sure you’ll be able to do it at a steady pace, hold on tight and don’t let impatient idiots rush you. Oh, and if you’re taking kids up there, they must be at least 4 ft tall (to be honest, at 5ft tall I only just fit the height requirement!) and be able to walk unaided. 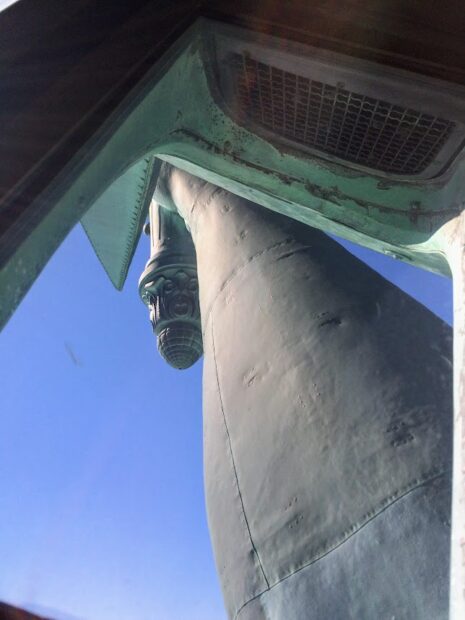 Inside the Statue of Liberty Crown – The climb to the top

All tickets and guided tours are categorised according to whether you get Standard Access, Pedestal Access or Crown Access. Here I explain the difference to help you decide which Statue of Liberty tickets to reserve.

If you have accessibility questions, you can find out more here. For more general questions see this Crown Access page on the NPS website. 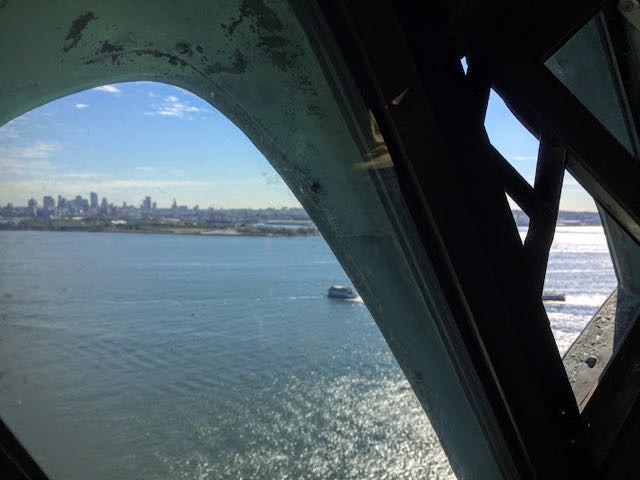 Reserve Tickets are the most common and easiest to get hold of, including the possibility of getting on the day tickets outside peak season if you don’t mind queuing. Pedestal Access Tickets are more limited but usually easy enough to book a week or more before your visi). Crown Access tickets are the fewest as well as the most popular and must be booked at least 3 months in advance. 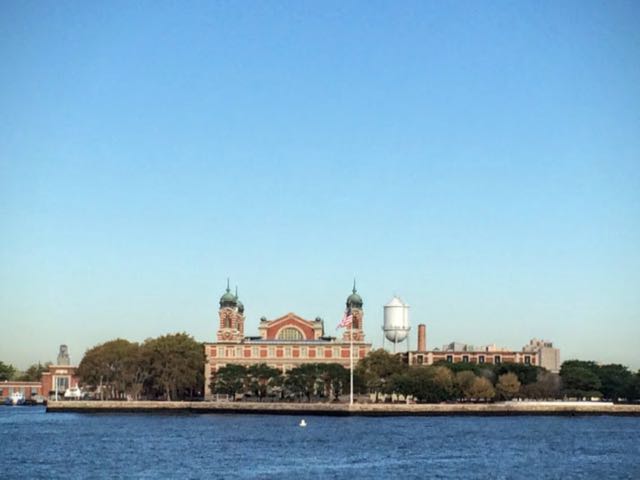 I feel a little sad for Ellis Island because it’s often considered a non-essential add-on that many people skip during their Statue of Liberty visit. Yet the immigration museum on Ellis Island was actually one of the highlights of my visit. I’m equally guilty – for years and several trips to New York I didn’t bother visiting the Statue of Liberty because I thought my time would be poorly used seeing nearby Ellis Island. Oh, how wrong I was. Even if you’re not fascinated by immigration (as most people aren’t), this is genuinely one fascinating island. Tell yourself you’ll give it just an hour. I bet you end up giving it more. It’s a fantastic way to understanding a lot of US history in one compact space.

The ranger tour of Liberty Island was by far one of the biggest highlights of my visit, which surprised me. With just enough facts and figures and history to get you started, I’d opt for this human tour over listening to the audio guide (though both are included for free). Tours leave on the hour from the information office and take only 30 minutes. Find out more about the ranger led Statue of Liberty tours.

Give me your tired, your poor,
Your huddled masses yearning to breathe free,
The wretched refuse of your teeming shore.
Send these, the homeless, tempest-tost to me,
I lift my lamp beside the golden door!”

Get close-up pictures of the Statue of Liberty 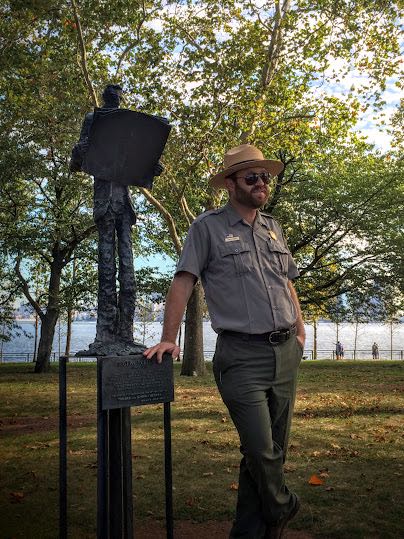 Enjoy the views towards Manhattan on the ferry 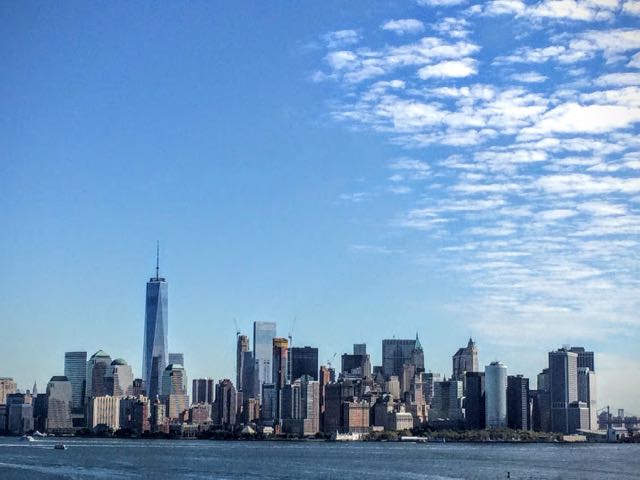 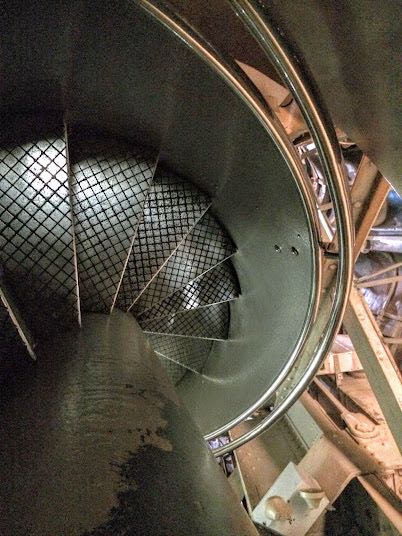 Before you start searching for pedestal and crown tickets, it’s worth doing a quick assessment of whether going inside the Statue of Liberty is for you. While the pedestal area does have an elevator, the crown does not. Here’s what you can expect. 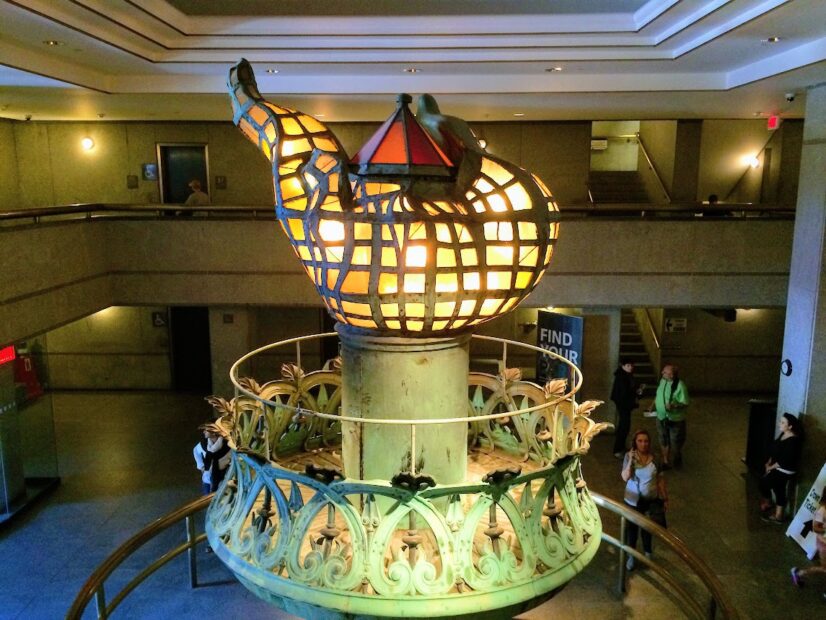 Now let’s compare that Crown Access photo above to this photo that I took from outside on the pedestal.
Short on time and just want to book something? Here are the quick links:
If you’ve decided to go for standard Reserve Access tickets, or that’s all that’s available on your tour or sightseeing pass, don’t worry. You’re still going to have a fabulous visit to the Statue of Liberty. Here’s what you can do at the Statue of Liberty without going inside.
The picture above is inside the Statue of Liberty at pedestal level. It’s very accessible relative to the crown. The picture is of the old Statue of Liberty torch.
Honestly? I’d say not really. Apart from the climb being exceptionally steep, when you get to the top, the ‘peep holes’ for views over Manhattan were i) a lot smaller than I expected; ii) made out of perspex and therefore too scratched for great visuals (or photos); iii) in hot demand, so there’s a lot of pressure to have a look and kindly move on; iv) experienced whilst scrunched into a hot, tight spot with a bunch of strangers. 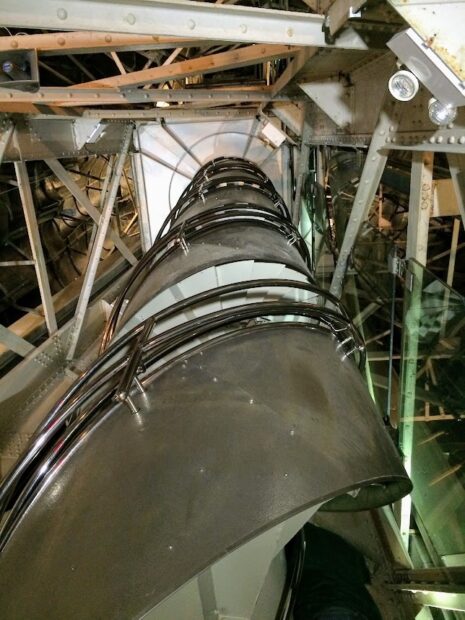 The man who designed the Eiffel Tower in Paris is also the man who helped design inside the statue of Liberty, Mr Alexandre-Gustave Eiffel. Meanwhile, Edouard Rene de Laboulaye is know as the father of the Statue of Liberty because he is the French politician who came up with the idea of this wonderful gift in the first place.