Skip to content
Bird Island Trail
I have done many of the parks most popular trails, and you can click the image below to read more about each of them. There is also a trail that goes around the entire circumference of the park if you are looking for something that will give you a full introduction to the coastal sections of Point Lobos. If the parking lots are filled then people will often park along Pacific Coast Highway and walk in, utilizing this trail to visit the entire park via foot. 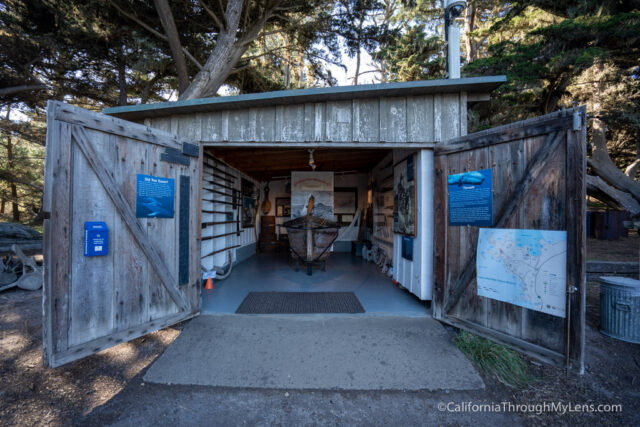 Sea Lion Point Trail is a short trail that leaves from the same parking lot as the Cypress Grove Trail. It has no trees, so the coastal views are unobstructed, but it is not as good as Cypress Grove. It is a short trail though and there are often sea lion to see when you make it to the point, so if you have the time there is no reason not to add this trail on as well. 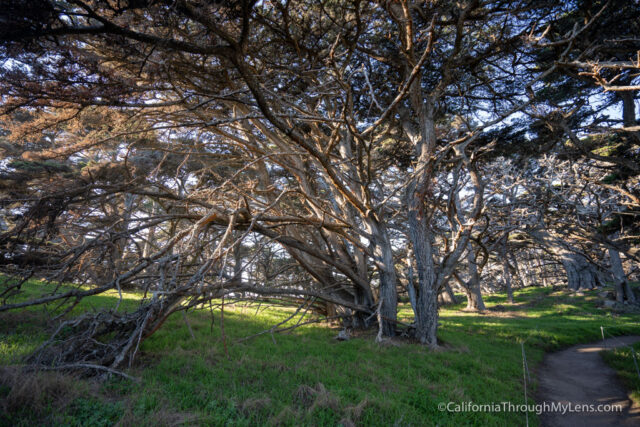 I recommend staying in Carmel-By-The-Sea or Monterey. Both are close to the park and both have lots of good hotel options for a weekend exploring the coast. Here is a list of hotels in Carmel and in Monterey. 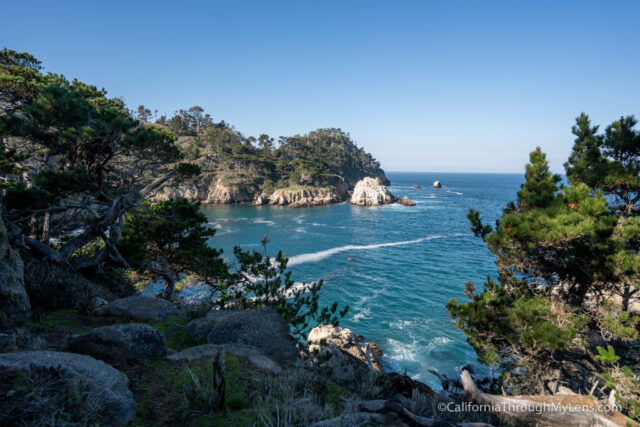 Getting There / Permits / Parking
The park has removed almost all evidence of human establishments on the land other than the historic whalers cabin that was turned into a museum which discusses the whaling history in the area which is fascinating to learn more about. The whaler’s cabin was built in the 1850s and the Carmel Whaling Company operated it from 1862 to 1879. Whales were harpooned off the coast and brought into the cove where they could be processed. There used to be 10 other cabins in the cove and the last resident moved out of the cabins in 1983. 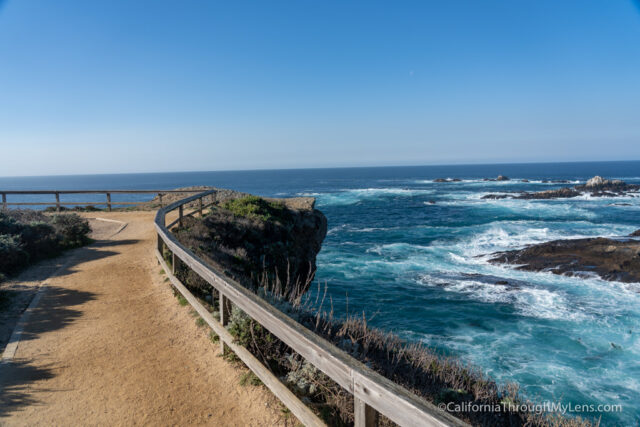 Camping
Let me know what you think of Point Lobos and if there is a trail I should hike that I left off.

The Cabin Trail leaves from the Whaler’s Cove parking area and it heads up to Cannery Point, which is another great viewpoint in the park. From there it hikes around the hillside and back to the Whaler’s Cabin Museum. You can also walk up the road to make it shorter but I like taking the trail as I love this park and want to experience as much of it as I possibly can.
The Cypress Grove Trail is the most popular in the park as the trail takes you through a stunning cypress grove and provides dozens of coastal viewpoints along the way. This trail was my introduction to the park and after hiking it I have returned many times to do the trail again. I love hiking it in the morning when the light is coming through the trees and relaxing at the viewpoints to watch the waves crash over the rocks below you. 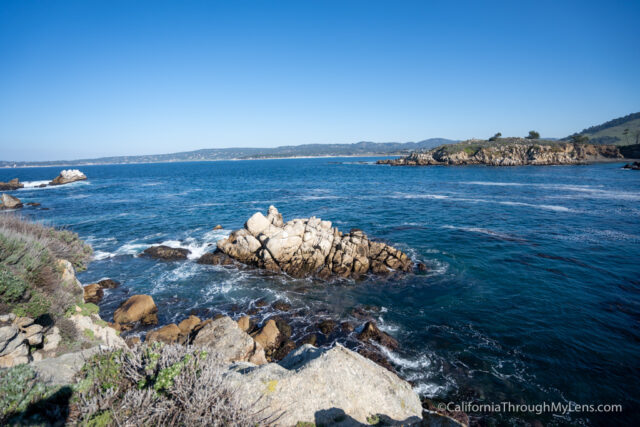 This museum is accessed via a short trail from the Whaler’s Cover parking area if you are interested in visiting it. Do be sure to check whether it is open before you go though as it has some revolving hours that change with the season.
Scuba Diving is a popular recreation in Point Lobos. I have seen many people going out to scuba dive in Whaler’s Cove, but I have not done it myself so I can’t really comment on it here. Let me know if you have been in the comments and what you thought about scuba diving at Point Lobos.
Bird Island Trail is the other popular hike in the park. The parking lot for this trail is tiny so get their early, but the trail is magical. The trail hikes up to coastal bluff that you walk along to get to an area known as China Cove. Here you can see a stunning cove below you that almost always has seals and sea lions relaxing on the sand.
Point Lobos State Park is located on Highway 1 about 5 minutes south of Carmel. You access it from Highway 1 and as soon as you turn you will see the pay station to pay for your permit.  There is parking at each of the trailheads but it can be popular on the weekends in the summer and the parking lots are pretty small. I would recommend getting there early so you are sure to get a spot.
The trail then heads around to an access point for Gibson’s Beach before arriving at a look out for Bird Island. If you go when the birds are there, this island is literally covered in them. There is also an arch you can see in the water on this trail. 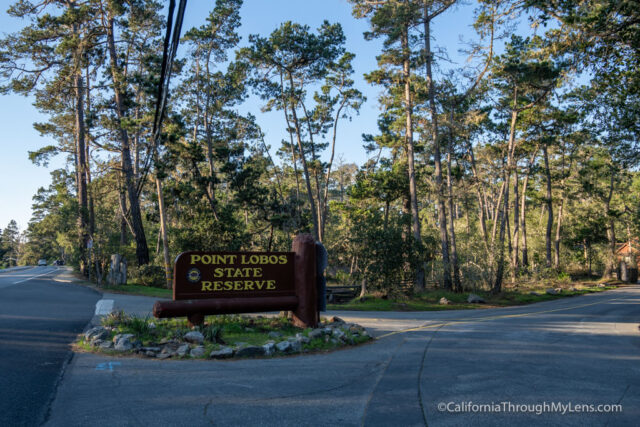 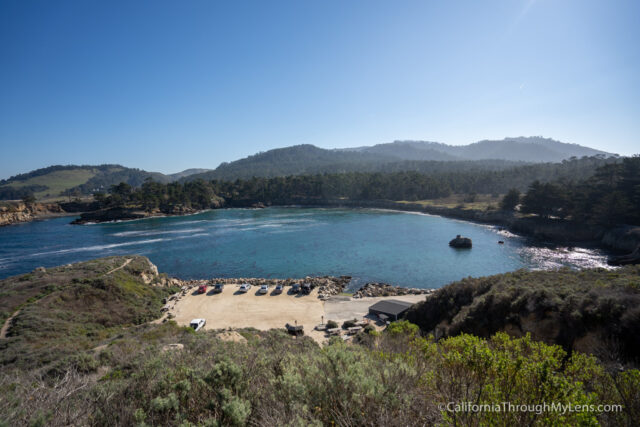 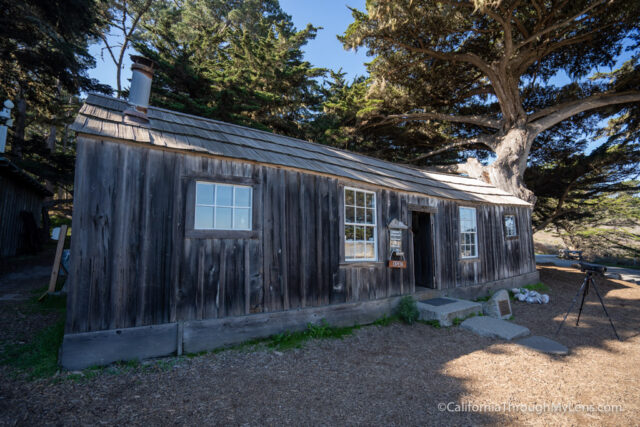 Point Lobos State Natural Reserve is one of the most beautiful places along the California Coast. The small state park at the north end of the Big Sur takes all of the beauty of Big Sur and then combines it into one small area. There are a half dozen trails to explore and each one is more beautiful than the last. While I haven’t explored them all, I have done enough to fall in love with the place, here is all the information on what I have seen in Point Lobos State Natural Reserve. 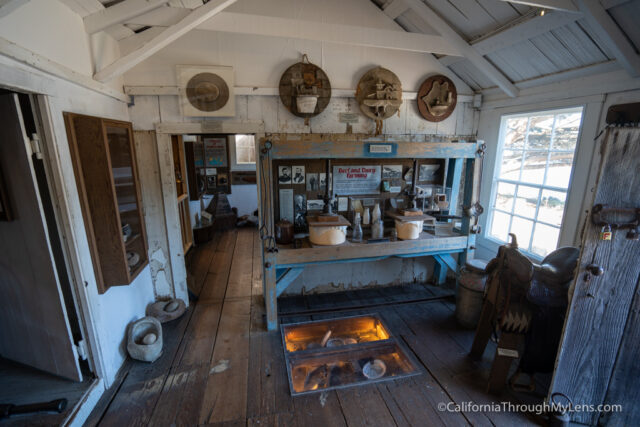 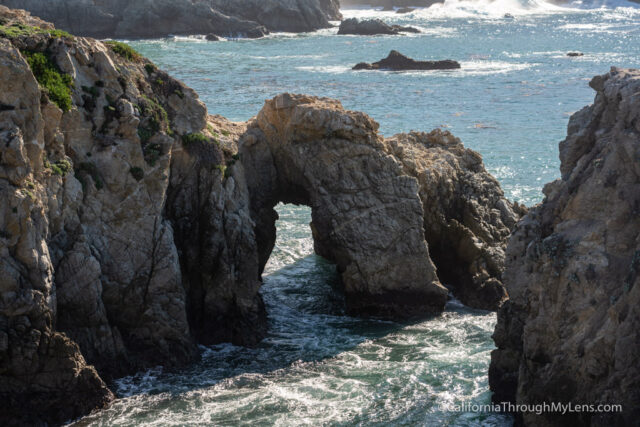 There is not a campground in Point Lobos, so you have to stay outside of the park.
Point Lobos is a beautiful stretch of land situated in between multiple marine sanctuaries. The park has been called the crown jewel of the California state parks system and it is easy to see why when you visit. Point Lobos has a long history, dating back 2,500 years, when the Ohlone people group used to harvest abalone in the area. The California state parks system bought the land in 1933 which would become the main portion of the park. They continued to add to the park with donations and purchases of more land and the park now has about 400 acres.
Cypress Grove Trail 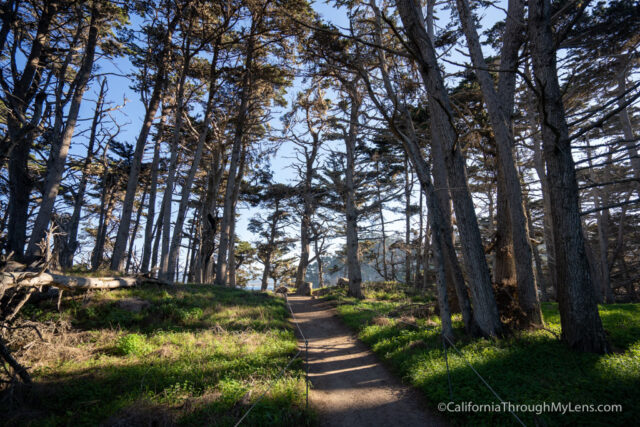 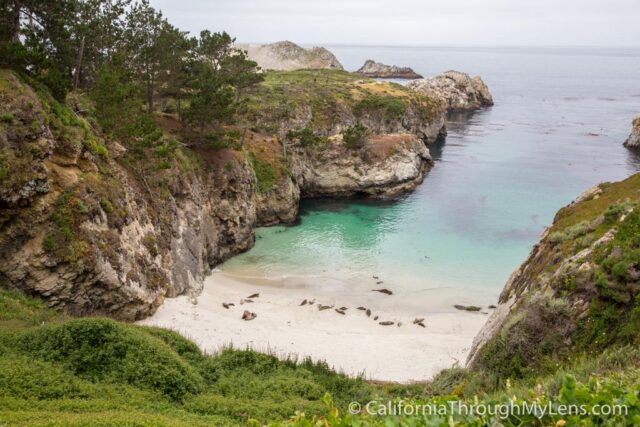 Where to stay when visiting Point Lobos 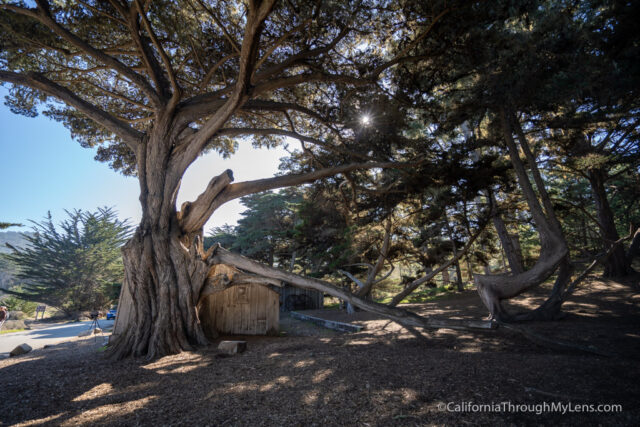 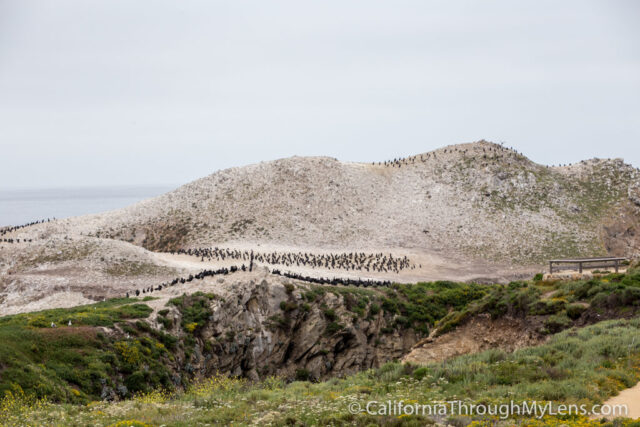