You won’t need too long here, but after a short visit, there will be no doubt in your mind how important these celebrations are for Arubans, a great starting point on the route into San Nicolas before getting into a creative activity of your own.
A pop-up carnival celebration meal
One of the best ways to get to know the city is through a street-walk with one of the tour leaders from Cosecha. Once-run down walls have been smoothed over and now proudly display work from local artists, other Caribbean contributions, and in-fact, street art from as far afield as Portugal.

Launched in 2016, the Aruba Art Fair brings even more creativity to the streets of San Nicolas.
In fact, two of my favourite artists from my adopted homeland were even there during my visit, and if you spot the ‘One Happy Island’ mural to the left of the centre, a little bit of my (terrible) spray-paint work is included!
This relatively recent addition to San Nicolas opened to the public in late 2019 and shares the history of Aruba Carnival alongside some truly fabulous and flamboyant outfits on the dressed-up mannequins. 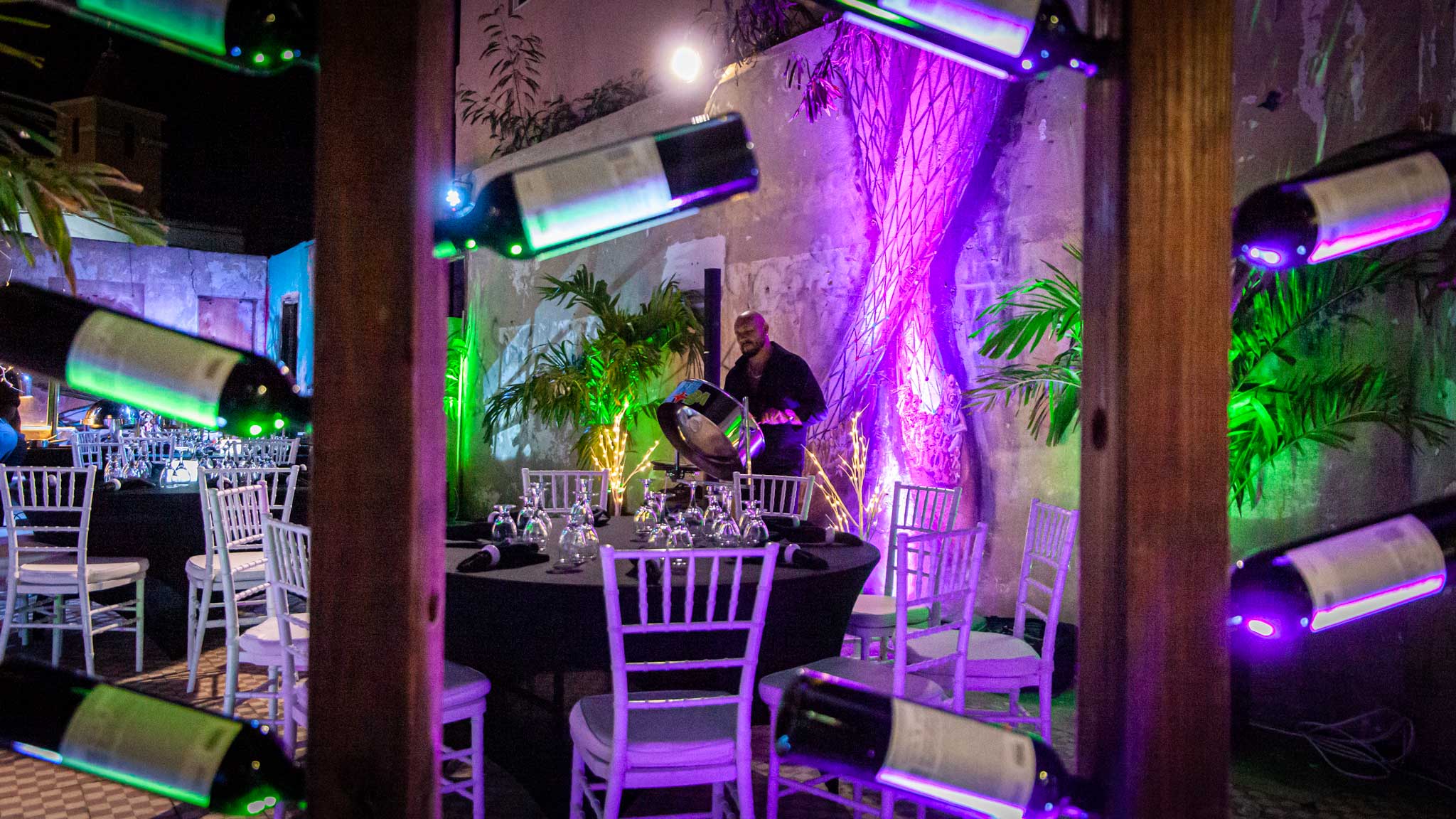 Expect much more than just goods to buy though, with performances, talks, tours and workshops for all ages to enjoy, alongside the chance to support local emerging artists who are prominently promoted during the fair.

Here, you’ll have the chance to see an extended range of arts, paintings, sculptures and print throughout the city, and now the event attracts thousands of people over the three-day run.
The walk takes around 90-minutes, and not only shows you some of the more hidden away pieces of art but also explains the stories, history and heritage behind them and the island. It’s not just a ‘this is a carnival dancer mural made of tiles’ kind of tour, but gives you back information on carnival itself, and the who, what, where of San Nicolas and the island as a whole.