Skip to content
The history of the United Arab Emirates (UAE) rarely goes beyond its rapid rise from desert to decadence since its inception in 1971. But little do people know that one of its Emirates, Ras Al Khaimah, is rich in cultural history – a part of the Arabian Gulf that has been home to settlers for over 7,000 years. 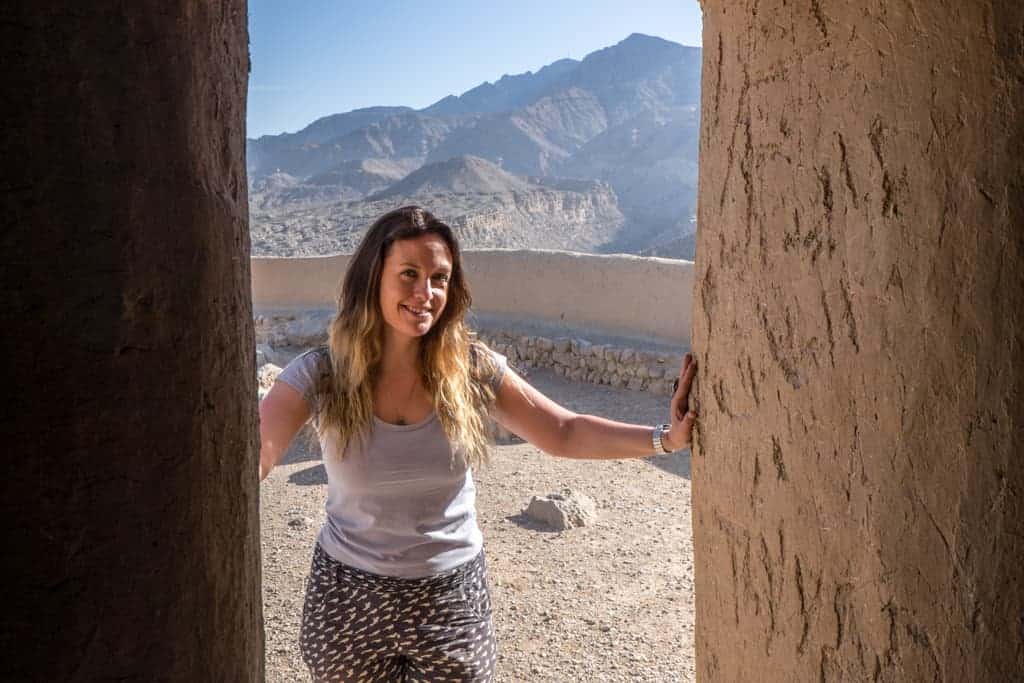 It is fascinating for its all-round viewpoint as you peacefully stand and survey the mountains around you and the small towns scattered below you. Yet, it’s also an opportunity to see Ras Al Khaimah’s other side away from the relaxing resort element of its tourism. 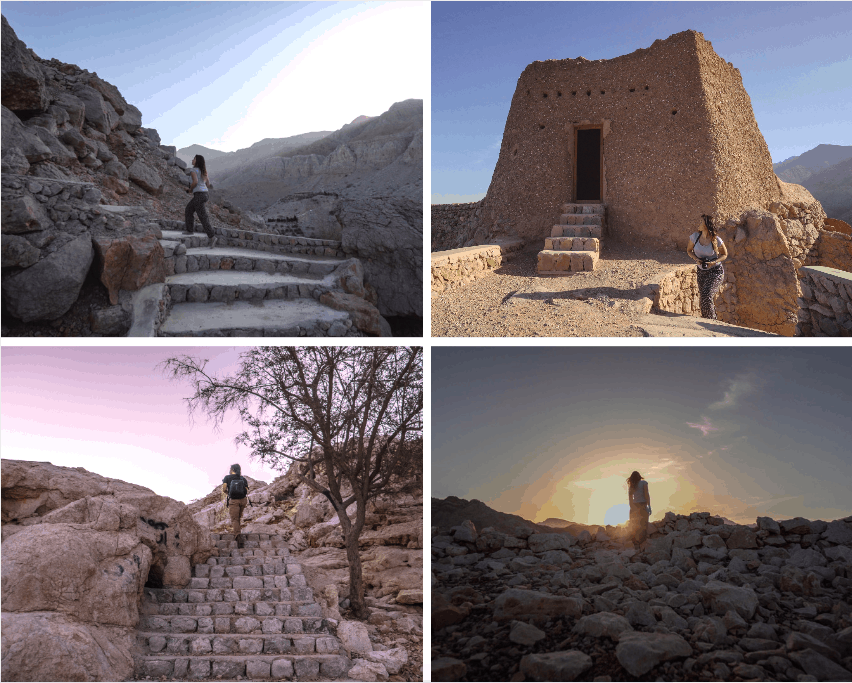 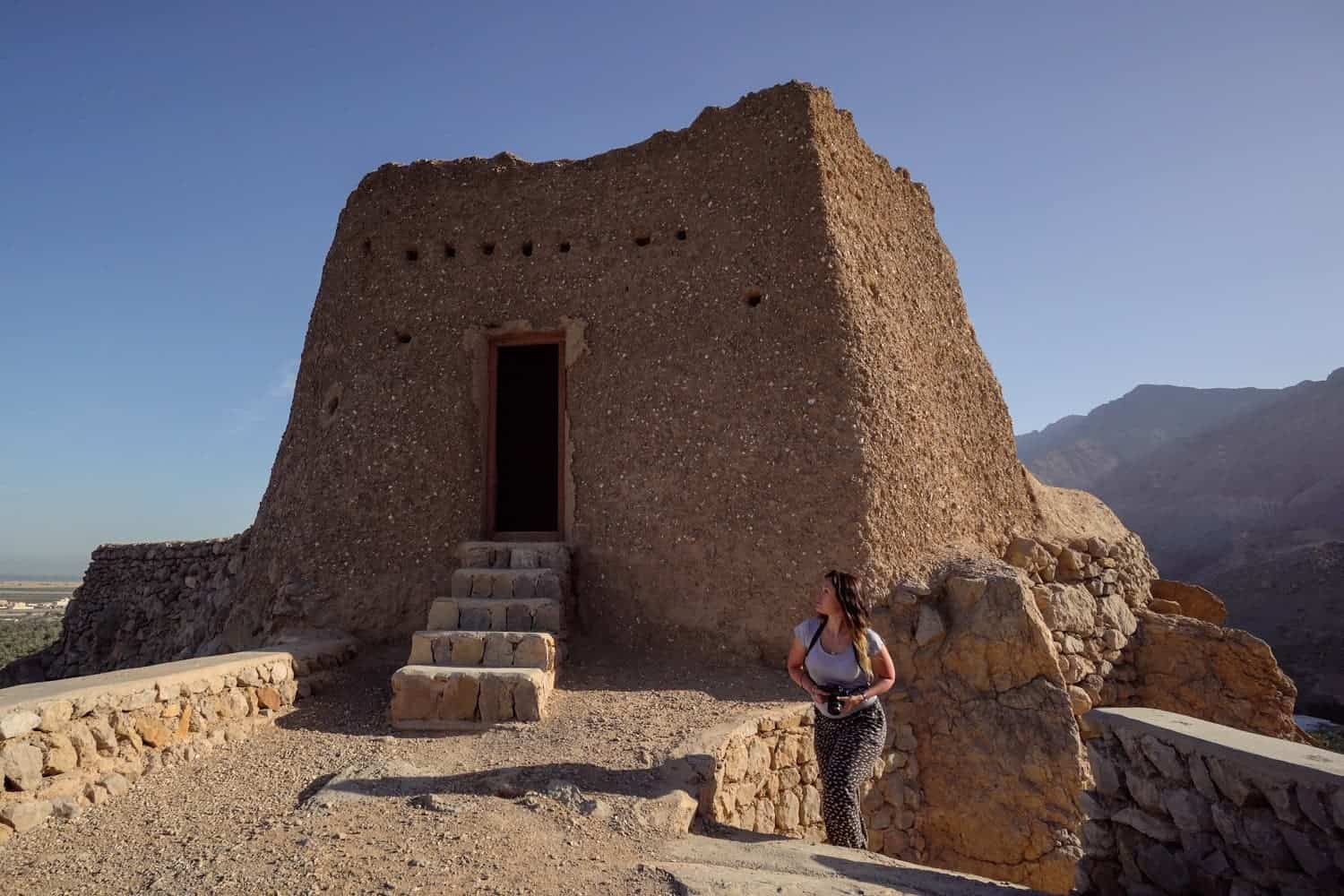 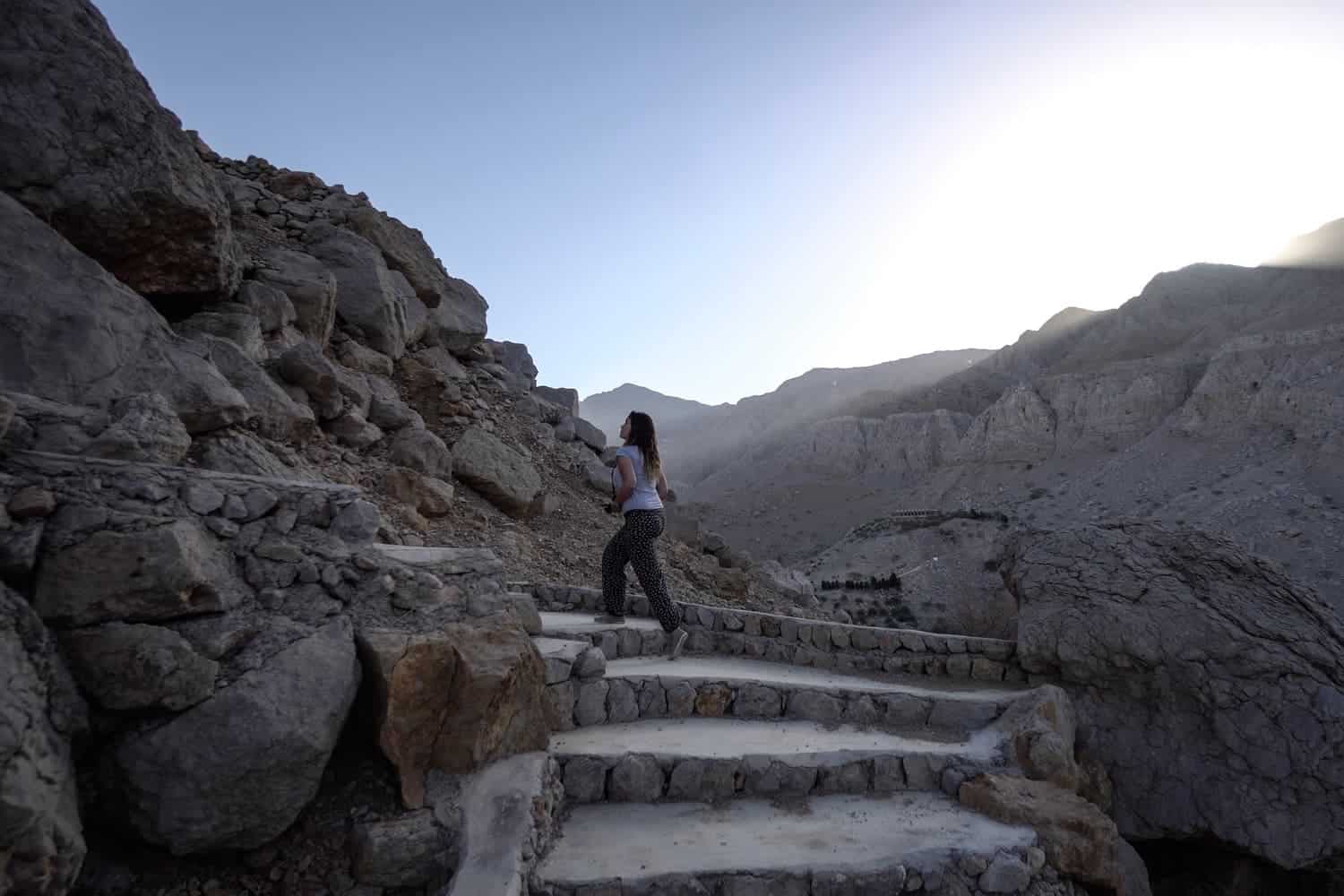 Lone trees have sprouted up through the rock stone, bone carcasses of goats who once claimed this as their space are laid bare, and trenches of ruins are scattered all around. Hardly anyone comes to the top of this once royal stronghold, said to be the oldest and only known palace in the UAE. These sites are the history of Ras Al Khaimah at its most raw.
A dusty tourism information sign has been erected, waiting for eager eyes and historical enthusiast hearts, yet it still feels like it has only just been uncovered. It is said that thousands of people visit Dhayah Fort every year, but there was no crowd here scrambling for a view. 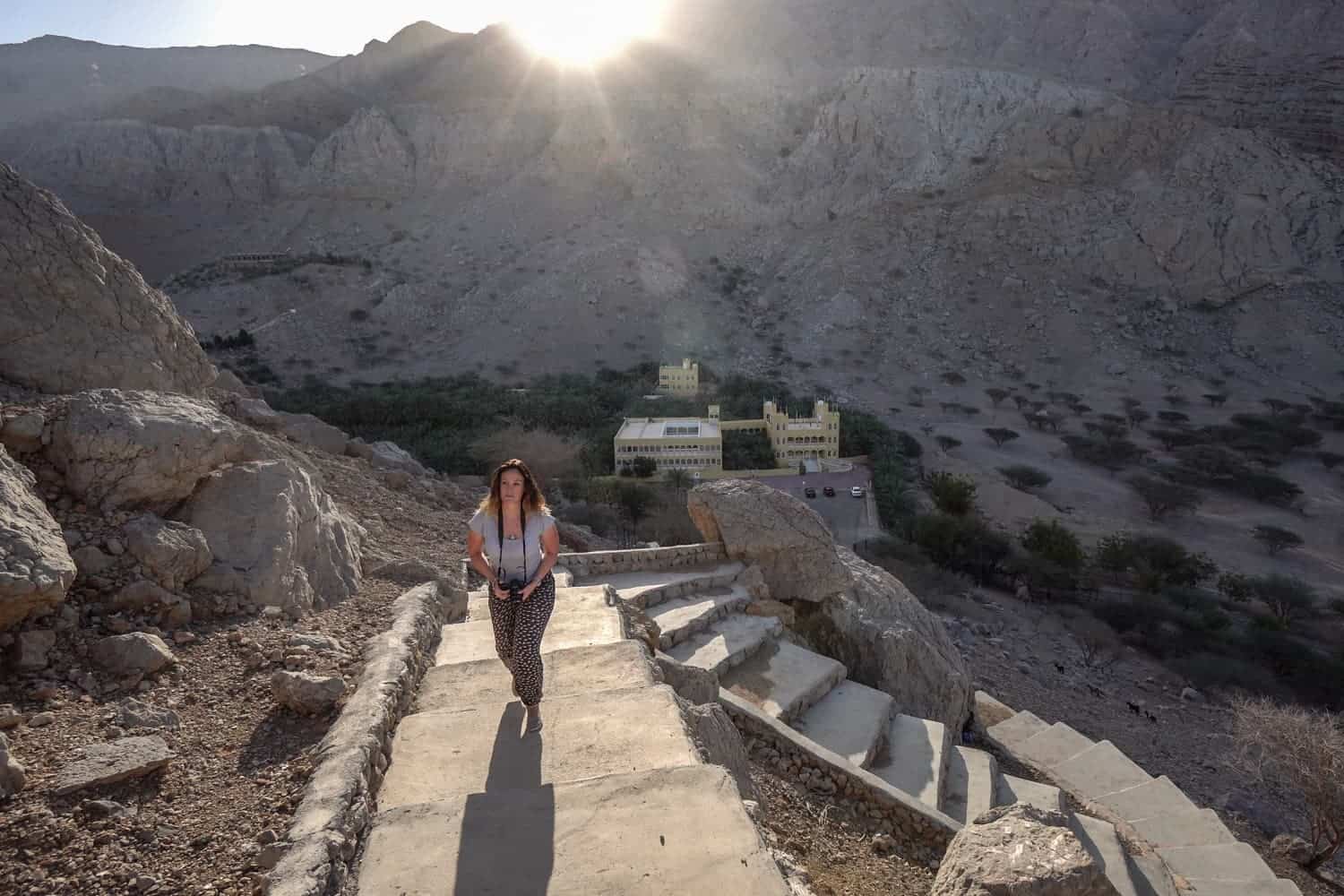 Once known by the names Julfar, Majan and Al Seer, this particular area with a diverse landscape of coast, rugged mountains, and fertile land was enticing. It soon became a thriving trade centre on the maritime crossroads between Europe, Africa and China. Such a significant location also meant it became victim to its appeal, where ongoing conflict and occupation saw a need for fortification. 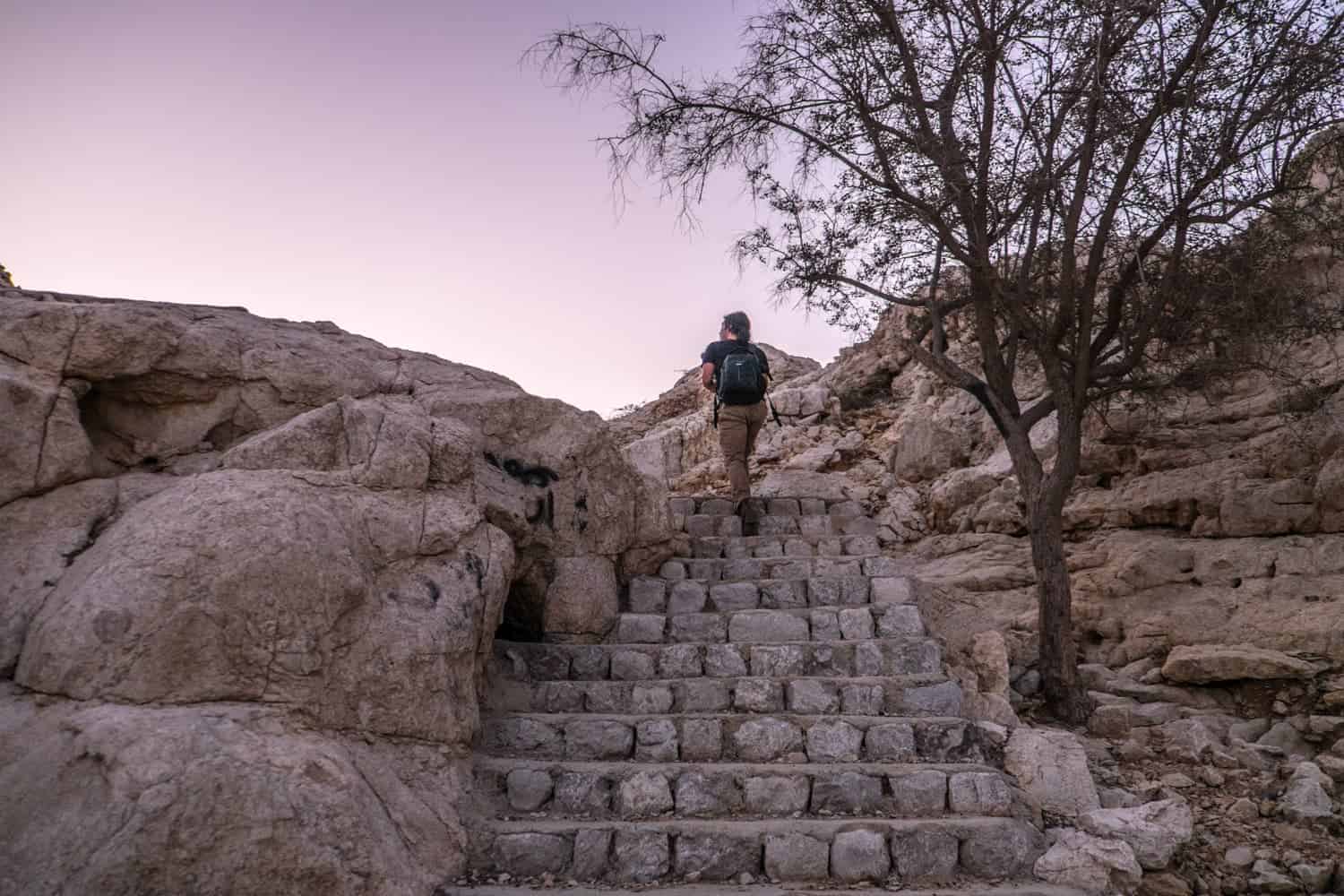 Both historical sites in Ras Al Khaimah are free to enter but are hard to find without a local eye and lack any definitive tourism infrastructure.
READ MORE: All the Places to Visit in Ras al Khaimah – A Different Side to the UAE.
Its exact story remains a mystery, and being up here retains that same aura. For now, you can visit and create your understanding of its existence.

Images featuring myself © Brandon Li at Unscripted
This part of the Arabian Gulf’s strategic location was invaded and occupied many times over, including in more recent history by the Portuguese, Dutch and the British. Housing various ruins and remains of fortification, Ras Al Khaimah’s historical centrepiece and the main structure is the small Dhayah Fort – built in the 16th Century and positioned in the northern part of the city, Rams between the mountain plateau and the coast. 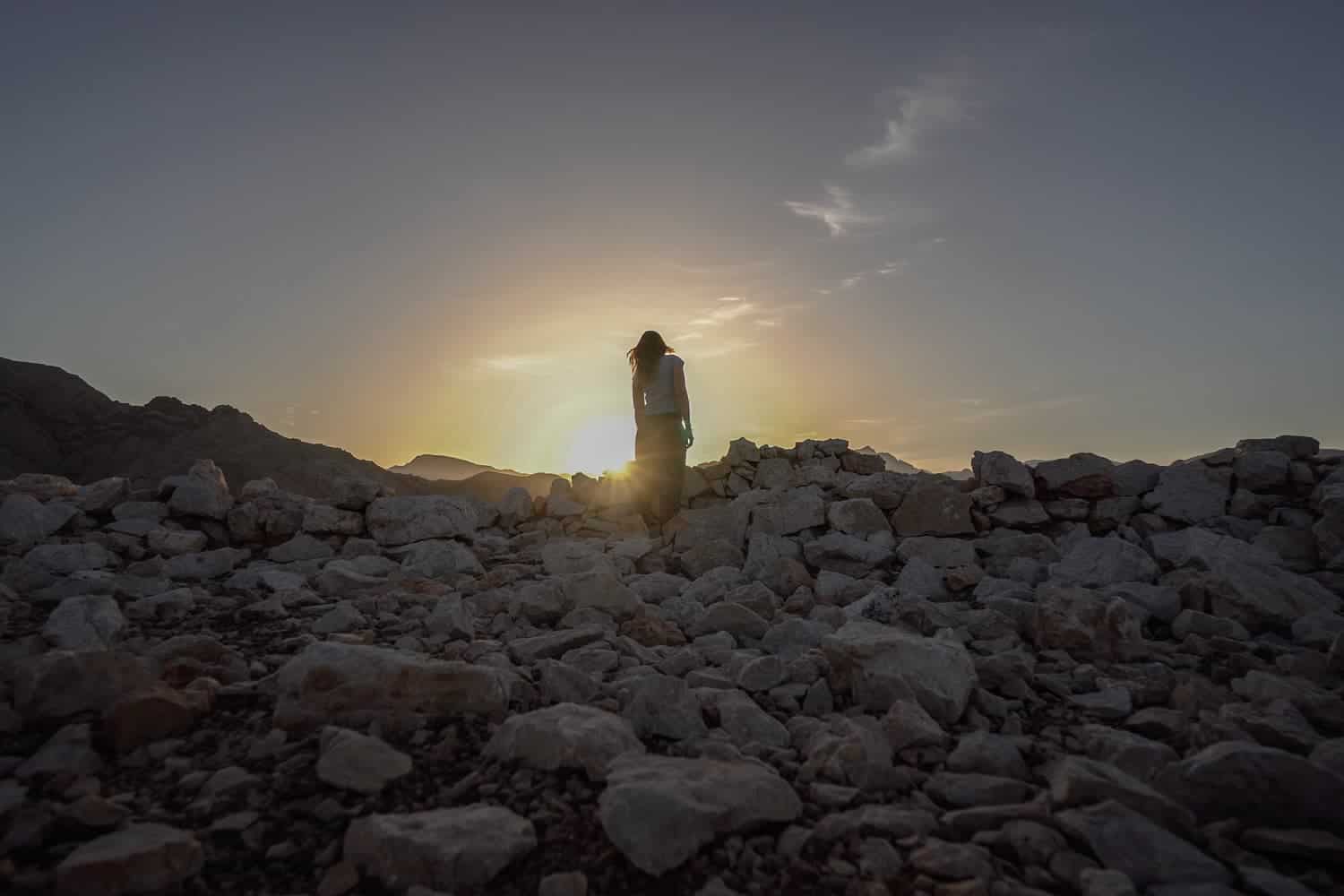 The scattering of historical sites proves that this area was more than just untouched, arid ground, but a region whose significance and attraction has spanned many centuries.
The History of Ras Al Khaimah – Revealing The Ancient Sites of the UAE
Dhayah Fort required only a short meander up its winding, giant stone staircase, where we could walk between its two towers and even scramble up the precarious wooden ladder to gaze from its roof.
Ras Al Khaimah’s history paints a different picture of today’s extravagant image associated with the United Arab Emirates.

Welcoming a new day from atop the crumbling ruins of ‘Sheba’s Palace’ in Ras Al Khaimah is a real adventure, especially as the climb requires a little energy on an unmarked path. First, you have to locate it since its base is tucked away in the tiny and mostly desolate village called Shamal. 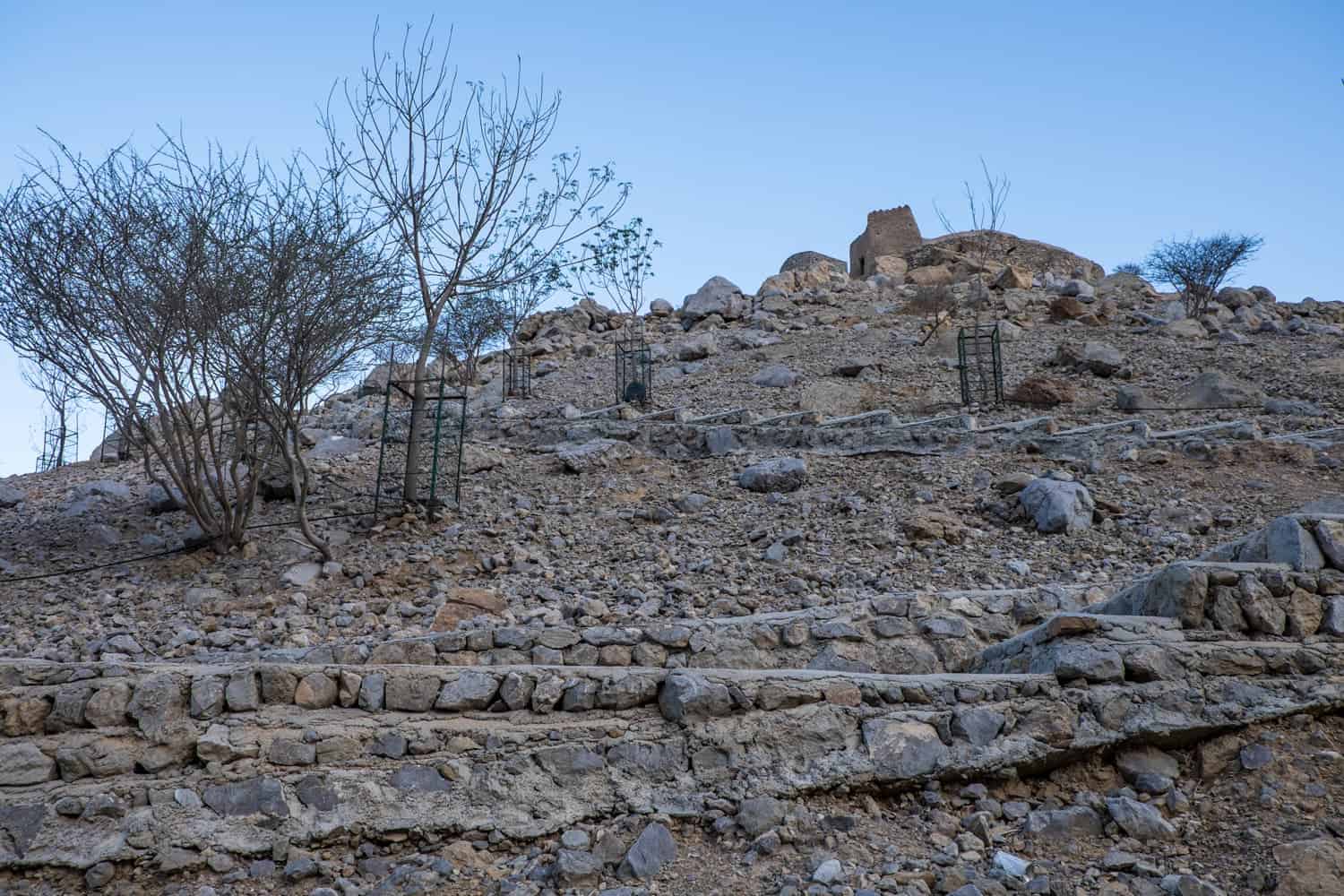 The lack of setup should not be a deterrent but feel like more of a quest. More importantly, hire a driver from your hotel and aim for a 5:30 am start to begin the climb up to ‘Sheba’s Palace’ to catch the sunrise. 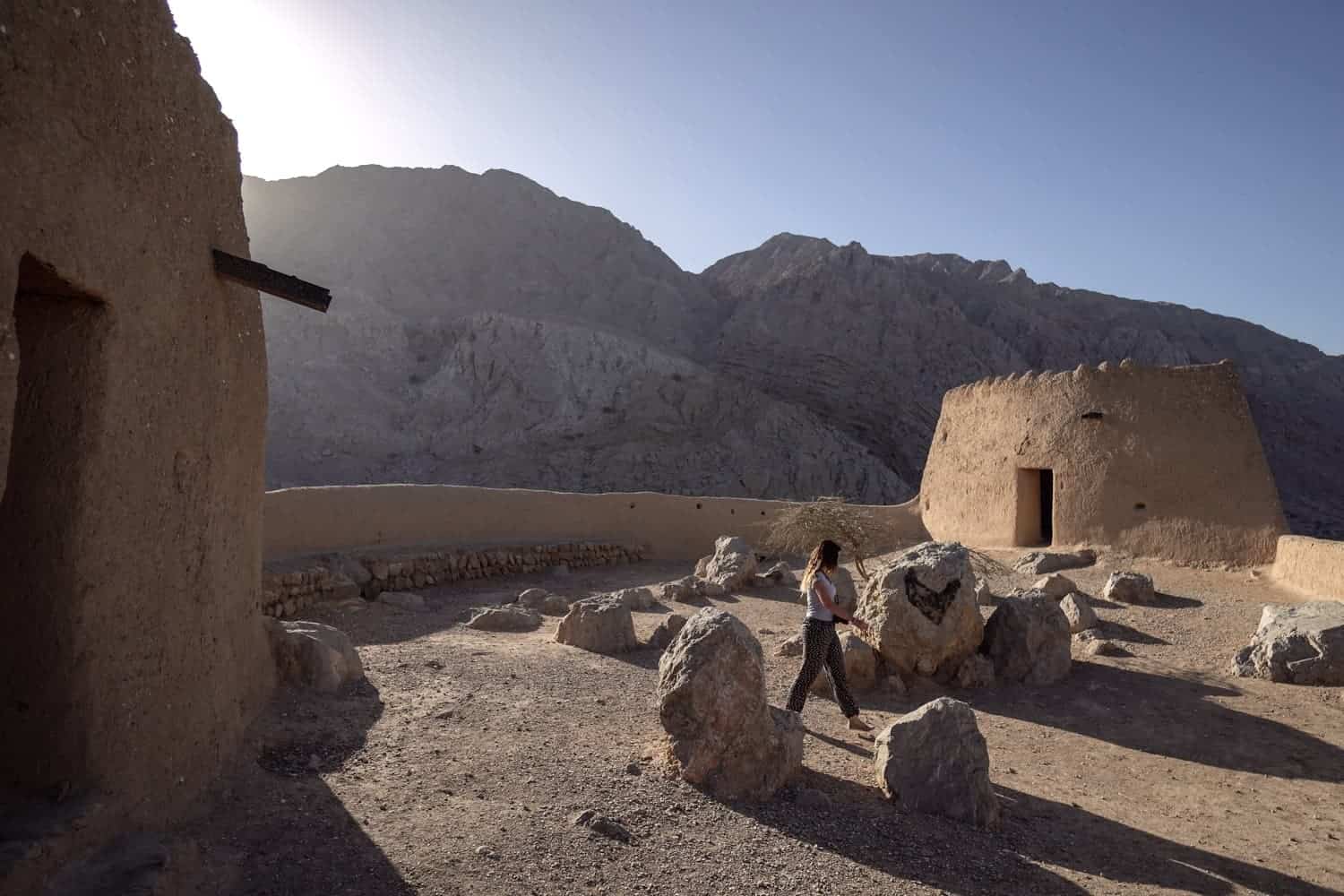 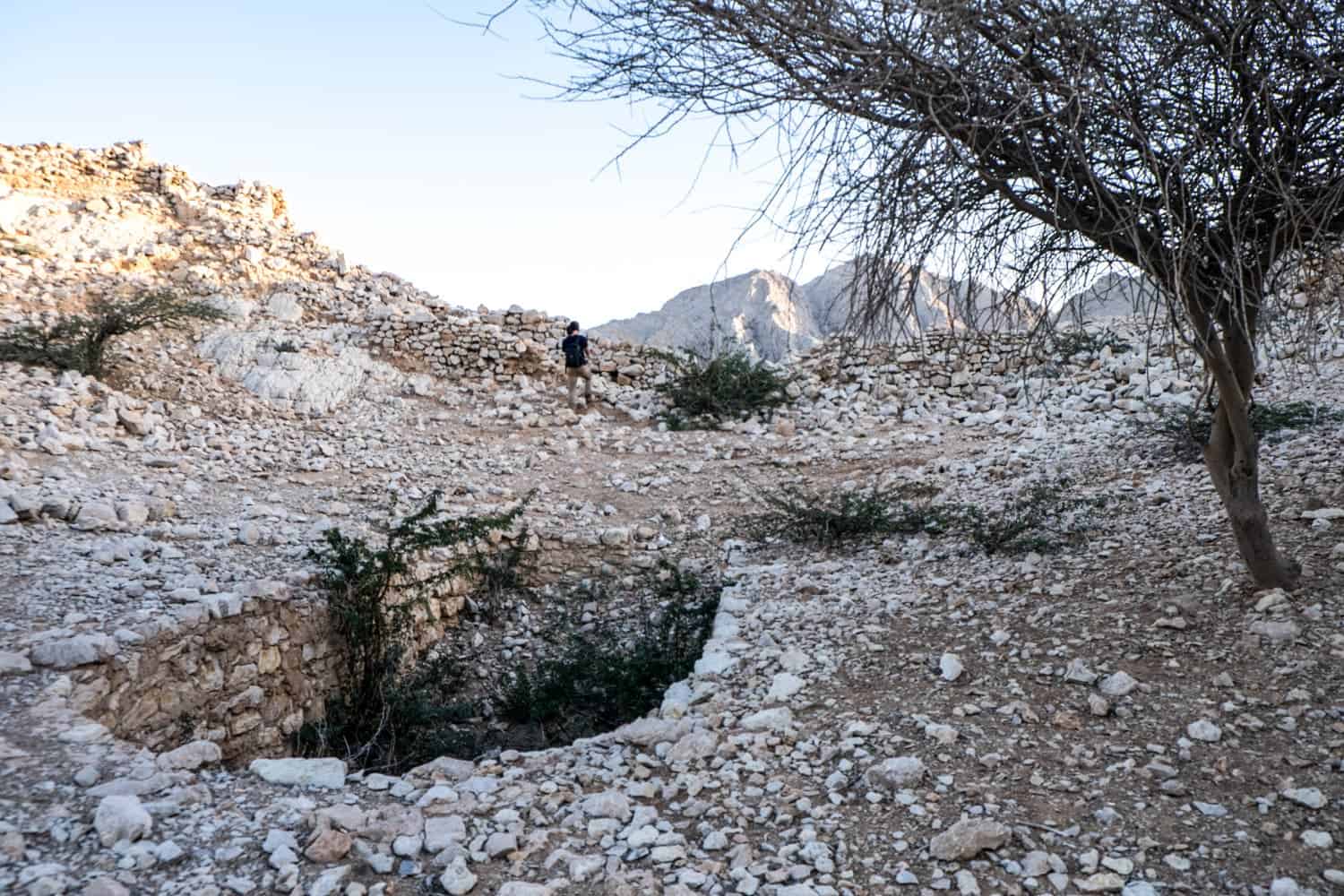 However, two dominant and accessible historical sites – ‘Sheba’s Palace’ and Dhayah Fort – remain portals to the ancient settler and trading history of Ras Al Khaimah that allowed it to flourish.
Sheba’s Palace is the affectionate English name granted to what is known to locals as Qasr Al Zabba (The Palace of Zenobia). It’s still widely debated if it was built thousands of years BC for the Arabian Queen of Sheba, centuries ago for the Roman Queen Zenobia, or built during one of the later occupations just a few hundred years ago.
Disclaimer: This post contains affiliate links to handpicked partners, including tours, gear and booking sites. If you click through or buy something via one of them, I may receive a small commission. This is at no extra cost to you and allows this site to keep running.
Flattening out, we stood at platforms at the very edge – the sun rising from above the jagged mountains at one end and a view of the vast expanse of what is almost Ras Al Khaimah in its entirety at the other.
Archaeological excavations have uncovered pottery from as early as 5000BC and remains of burial sites and tombs from later civilisations. Small, unmarked and relatively unknown, it was only when my driver pointed out a few remote fenced-off areas as we drove by that I knew of their existence.
It started with a staircase of craggy steps covered in foliage and loose stones that made it appear as if no one has taken this journey for quite some time. Slowly, the sun started to rise as we then scrambled up the small rocky incline that leads up to the very top of this historical mound. 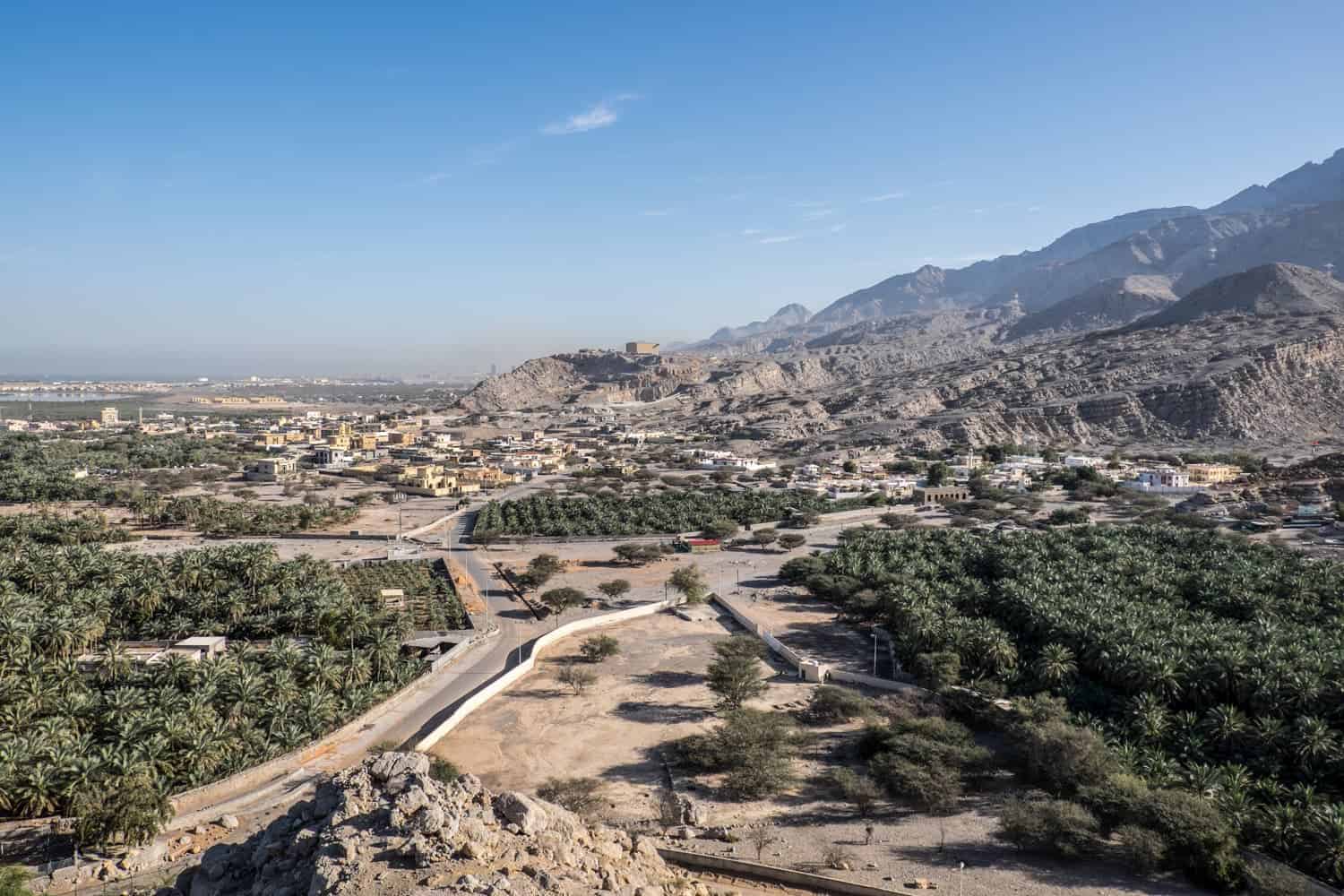 This fort was in use many times before being destroyed during the British operation of the Battle of Ras Al Khaimah of 1809. It stands as a symbol of independence, by which the defeat of the British and subsequent changes introduced by all the Sheiks brought about the creation of the United Arab Emirates in 1971. 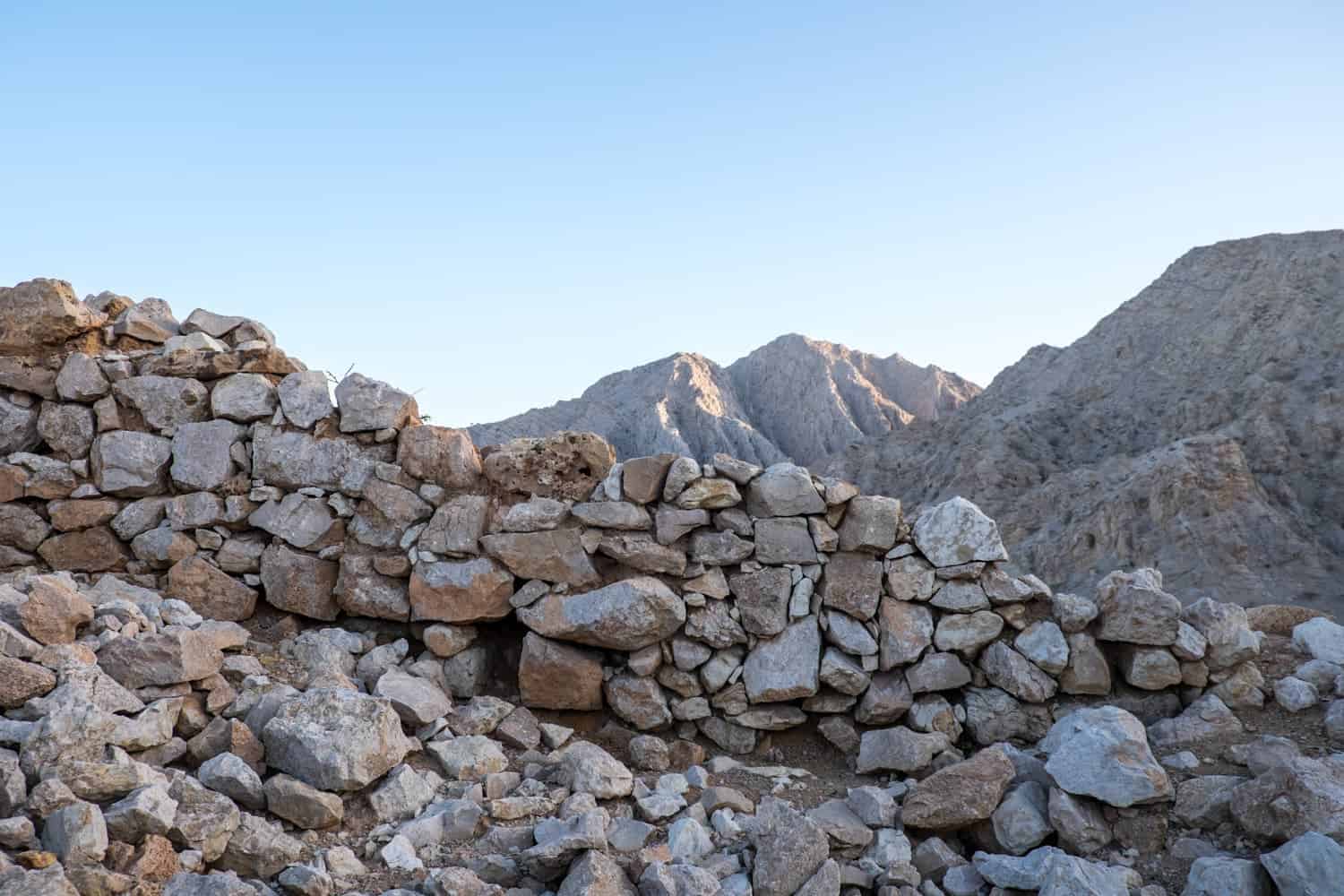 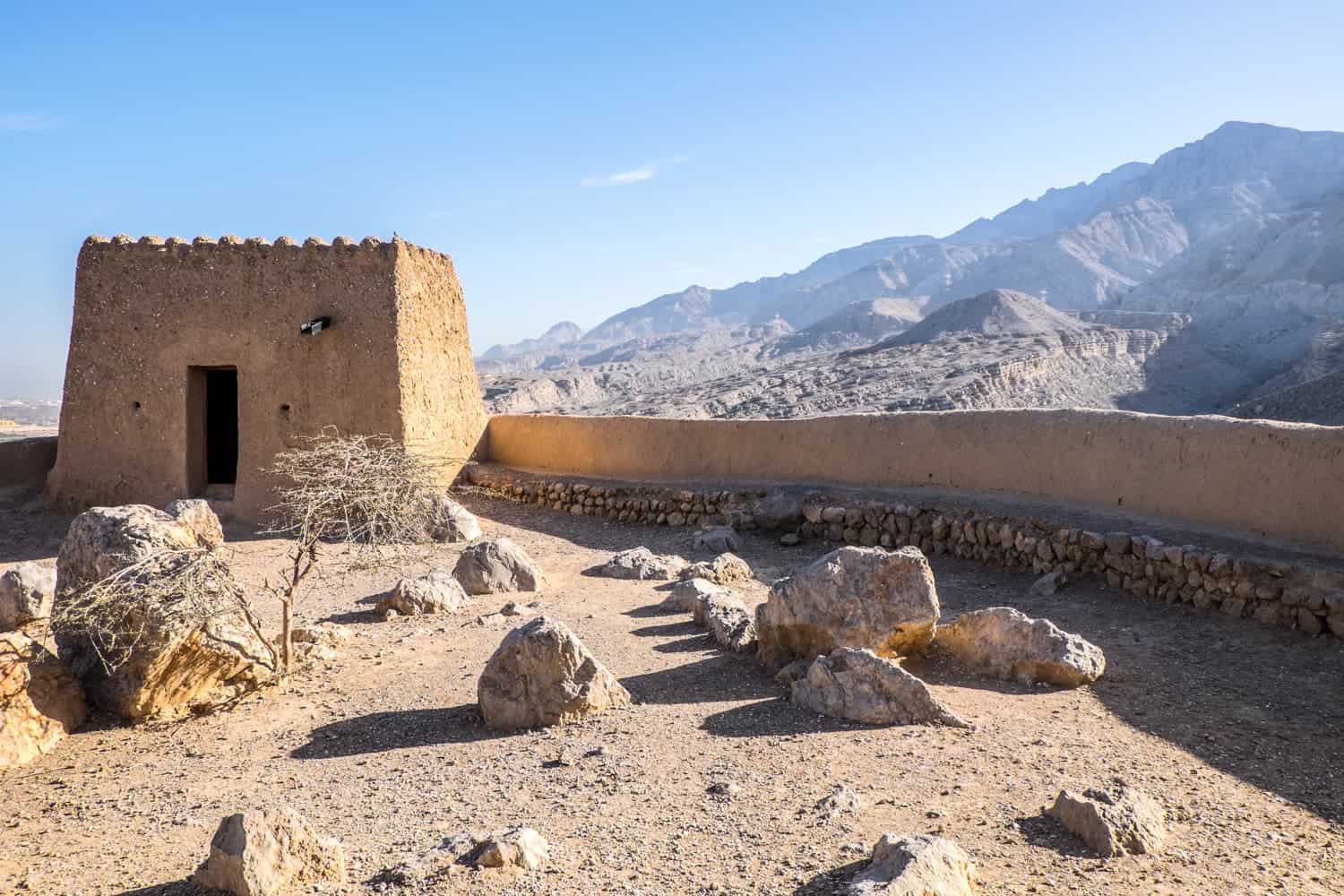 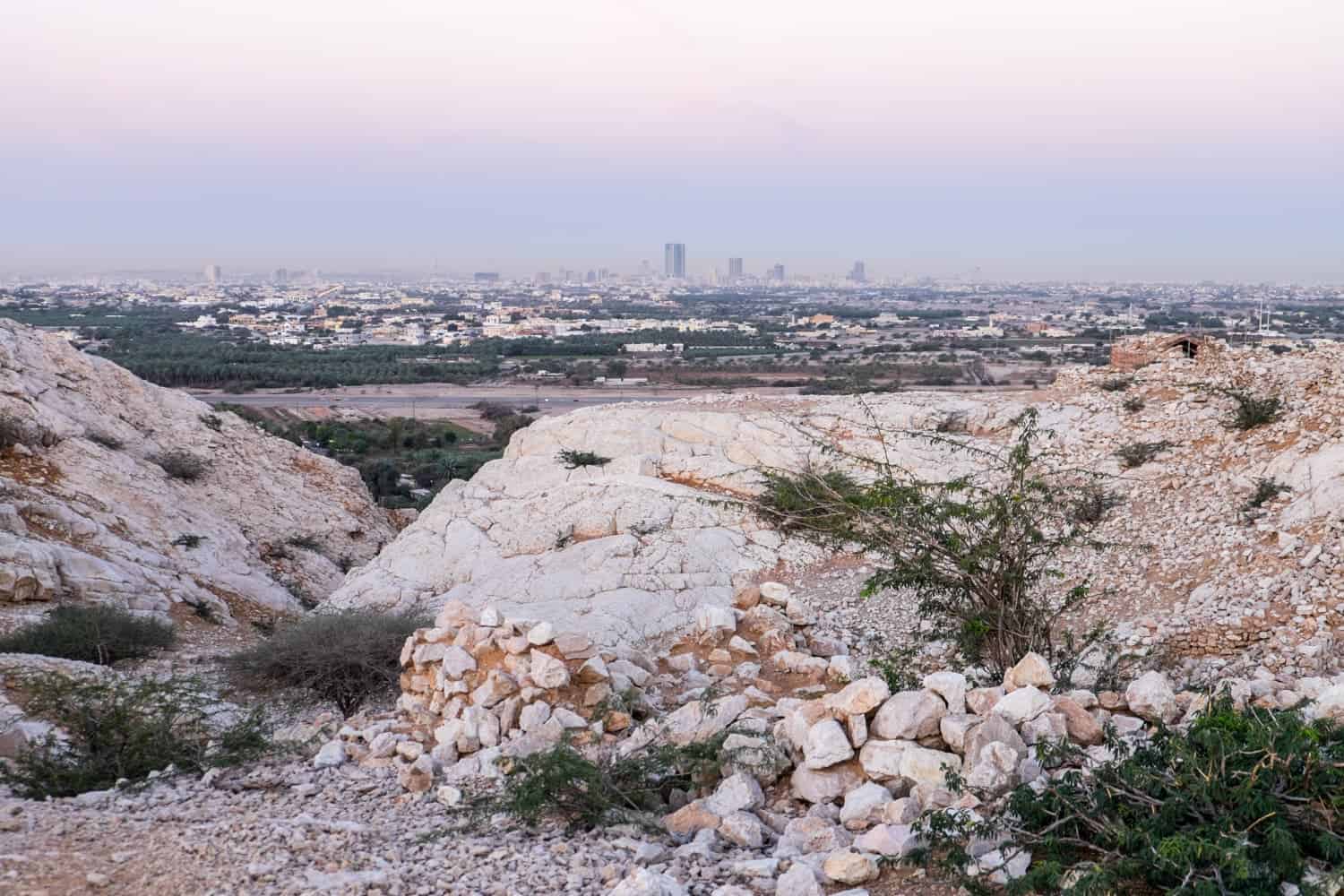 Things to Know about Historical Sites in Ras Al Khaimah 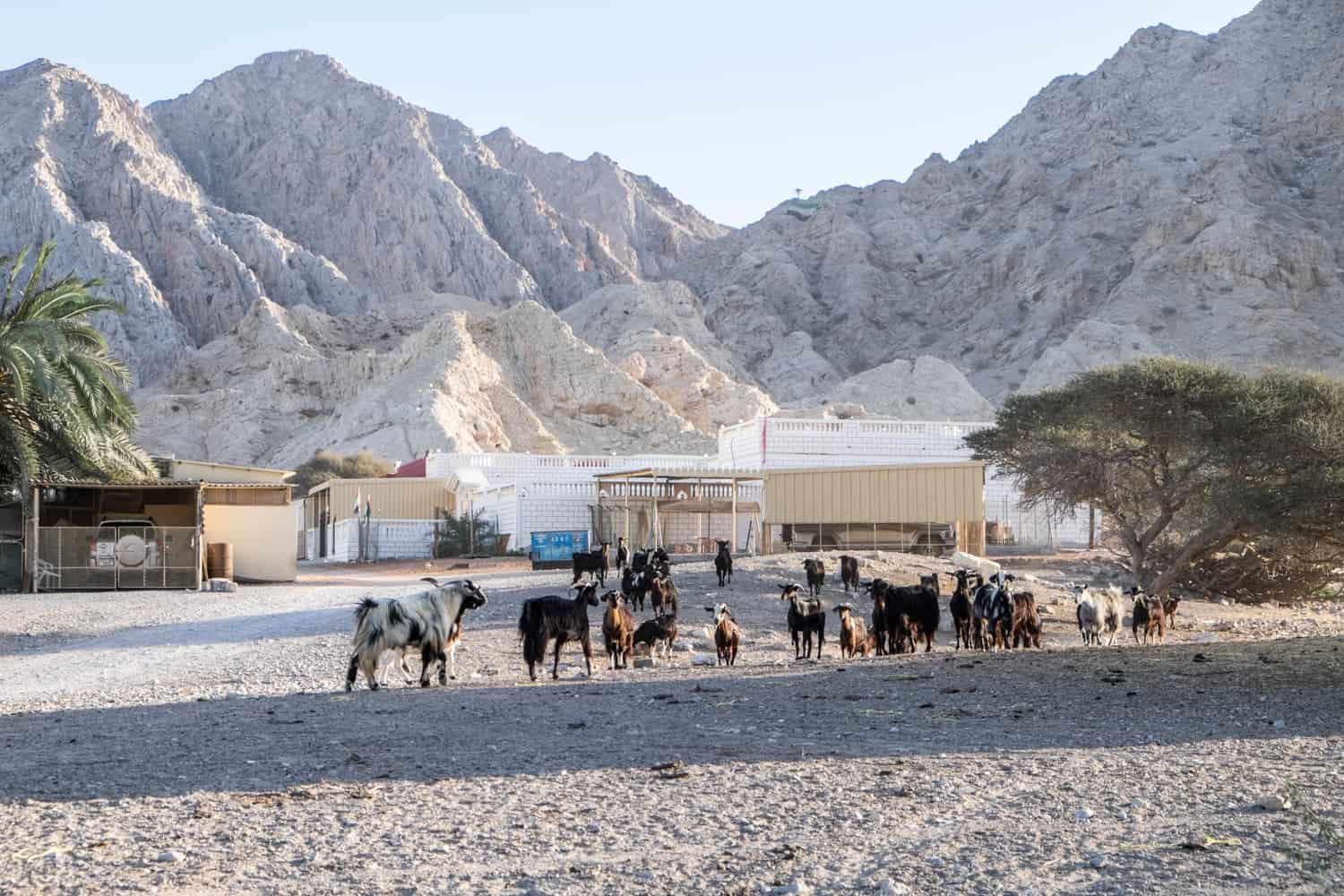 Even our driver had to make a few attempts to find the right place to park up to begin our exploration.