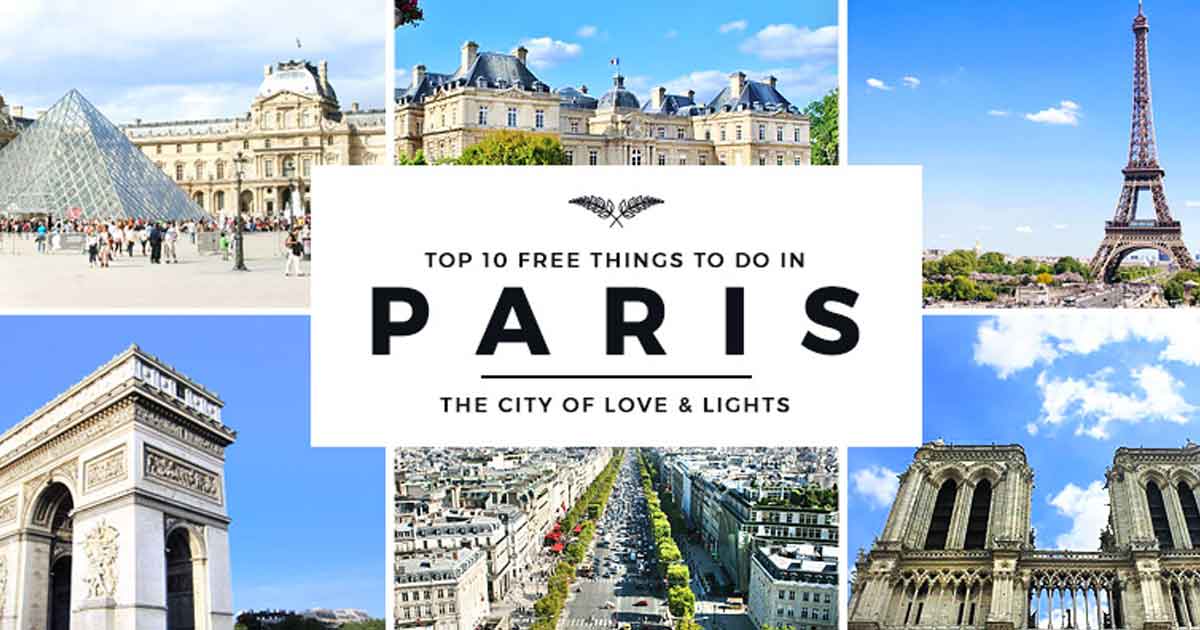 To see a complete list of museums under each of these types, go to this page.
Photo by: Shutterstock
We’ve all heard of the Love Lock Bridge in Pont des Arts near the Louvre Museum where couples put locks on the rails, after which they will throw the keys to the river as a sign of their ‘eternal’ love. However, the authorities have taken the steps to take these down — which is for good reason! You can still see some leftover locks here and there though. Anyhow, you shouldn’t fret because Paris will remain to be a city of love.

Photo by: Shutterstock
Apart from all the historical landmarks and monuments, you could also glance at the best views in Paris near its rivers and canals; that’s why you should try and spare some time for walking!

TIP: Not a lot of people know about these free schedules; in fact, what most tourists only know about is the ‘Free on 1st Sunday of the Month’ scheme. Anyhow, it’s always best to be cautious because given how it’s free, the number of visitors could be larger than normal!
.
Therefore, I advice that you try to come to the museums either very early or very late in order to avoid the crowd. (Though if you don’t mind paying, you can always purchase the ‘Paris Museum Pass‘ at 42€ for 2 days which gives you the chance to enter any museum without queuing).
You should definitely try a night stroll too! Otherwise, you can always pick a spot where you can have a picnic or a nearby cafe where you can have a snack. Spend the time ‘crowd watching’, or just simply bask away in the atmosphere of Paris and its residents.
Metro stop: Bir Hakeim or RER Champ de Mars-Tour Eiffel

NOTE: In 2022, the European Travel Information and Authorisation System (ETIAS) will require Japanese citizens to pre-register for stays up to 90 days in France. See here for more information on ETIAS France for Japanese.

To see a complete list of free cultural events around Paris, come check out this page!

– – –
Now, I haven’t tried climbing it myself but I know that the entrance ticket to the top is priced at €15 for adults (if you want to avoid long ticket queues, do book your ticket online.)
Photo by: Shutterstock