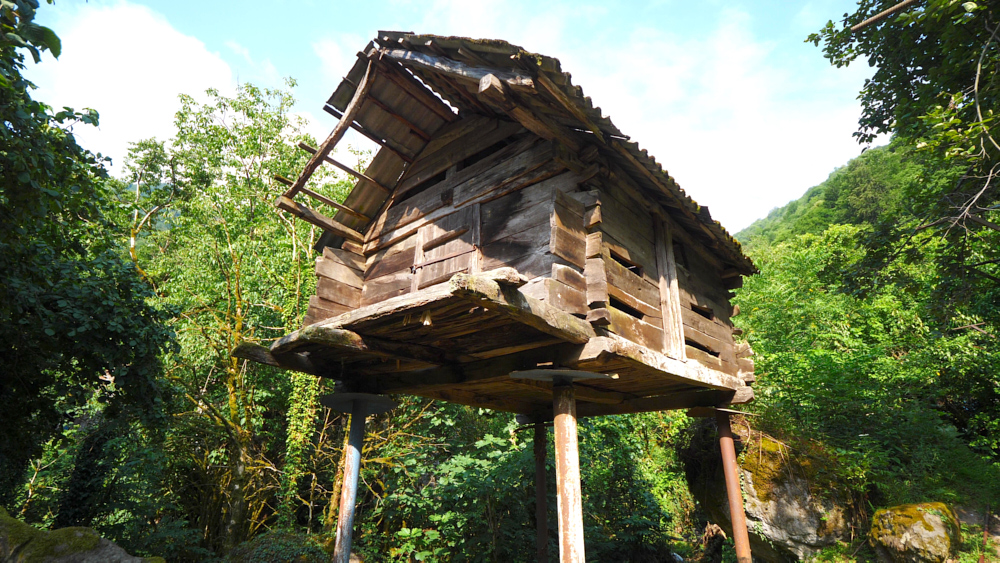 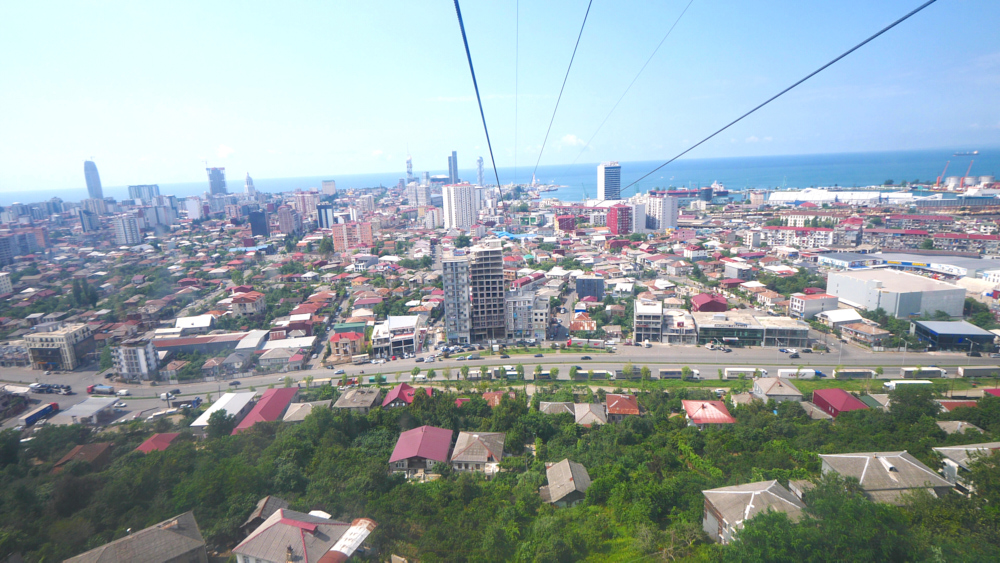 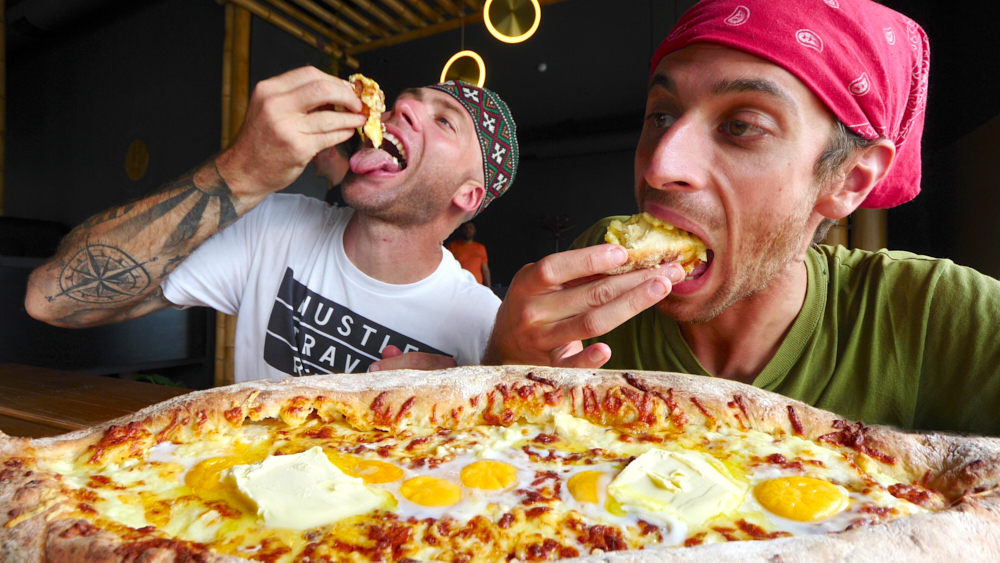 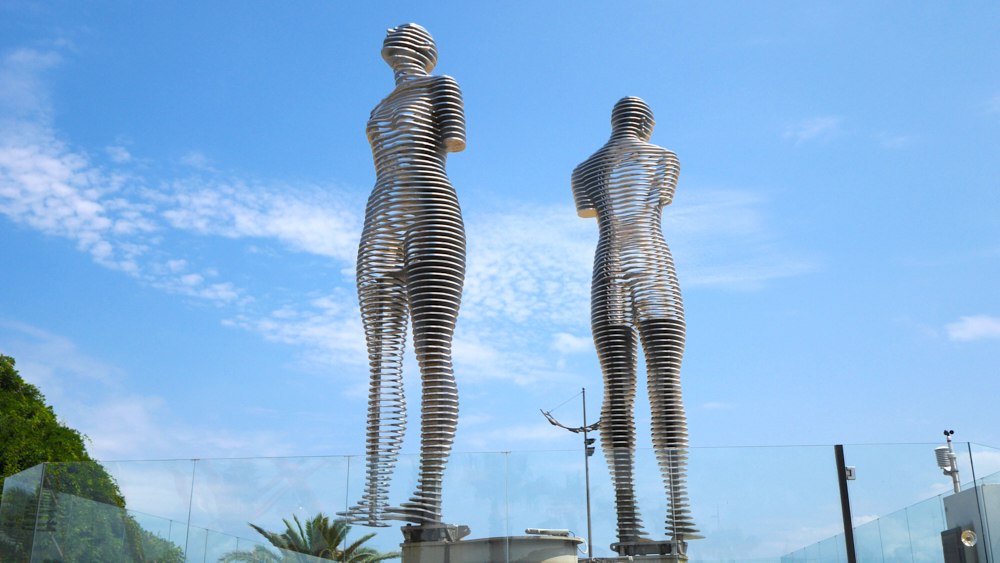 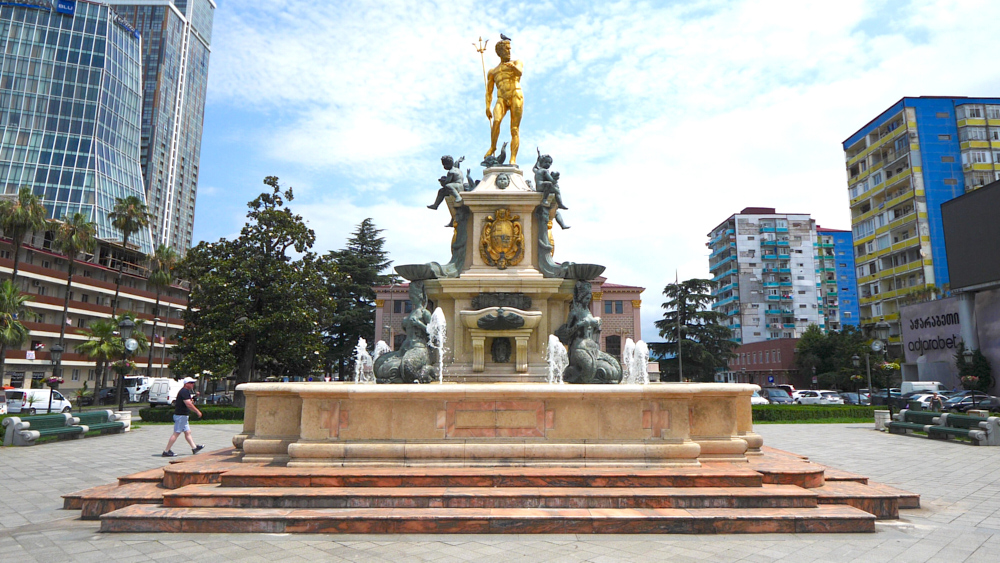 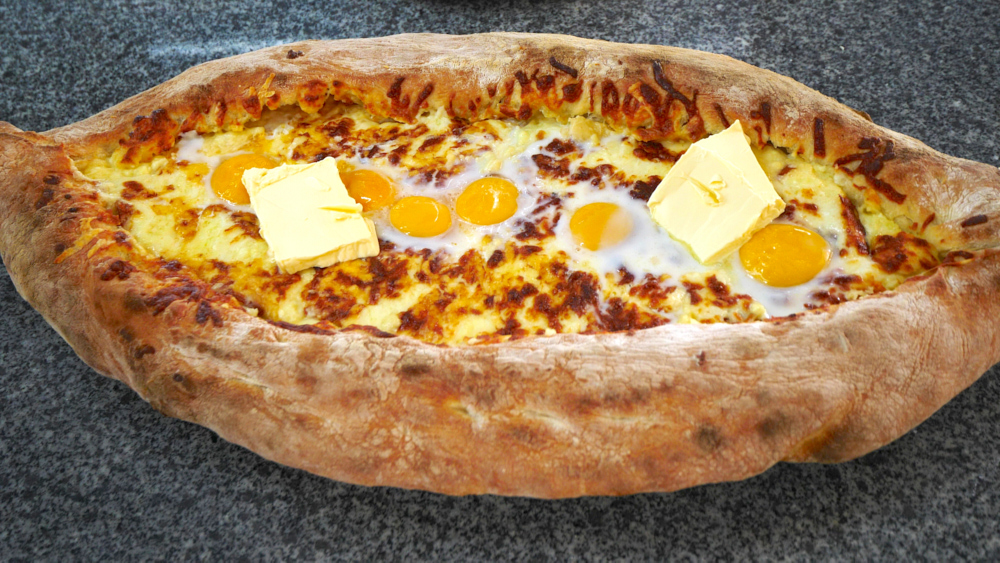 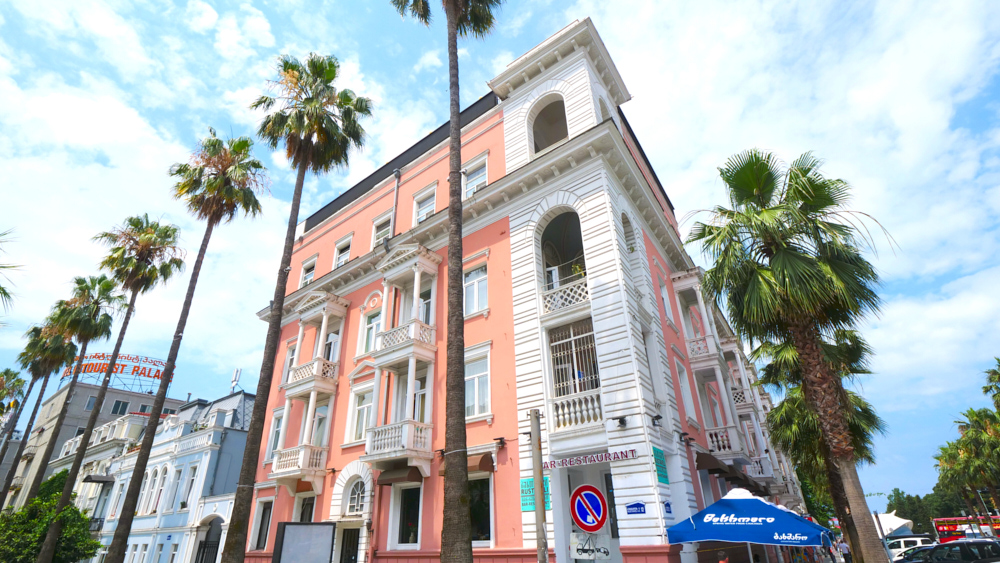 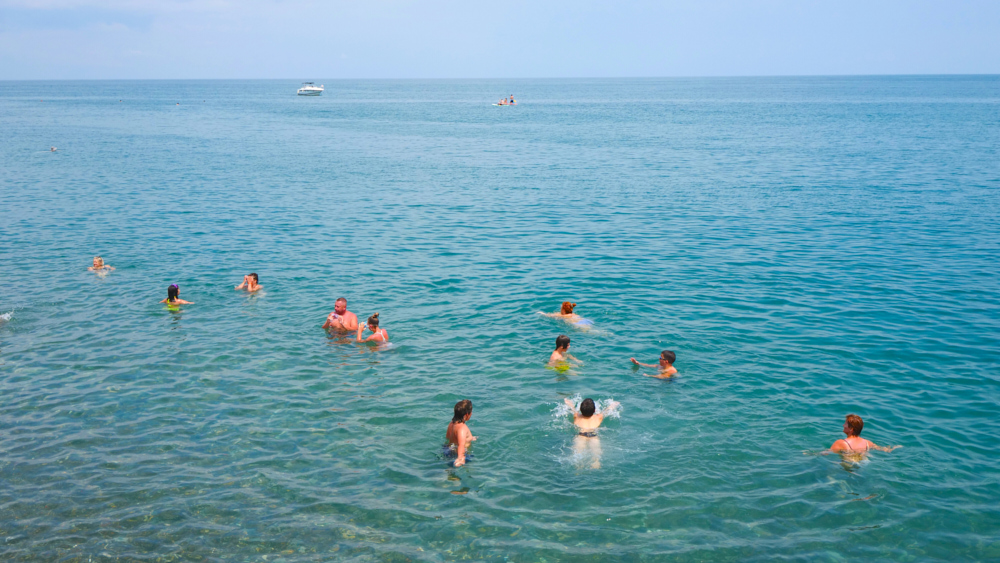 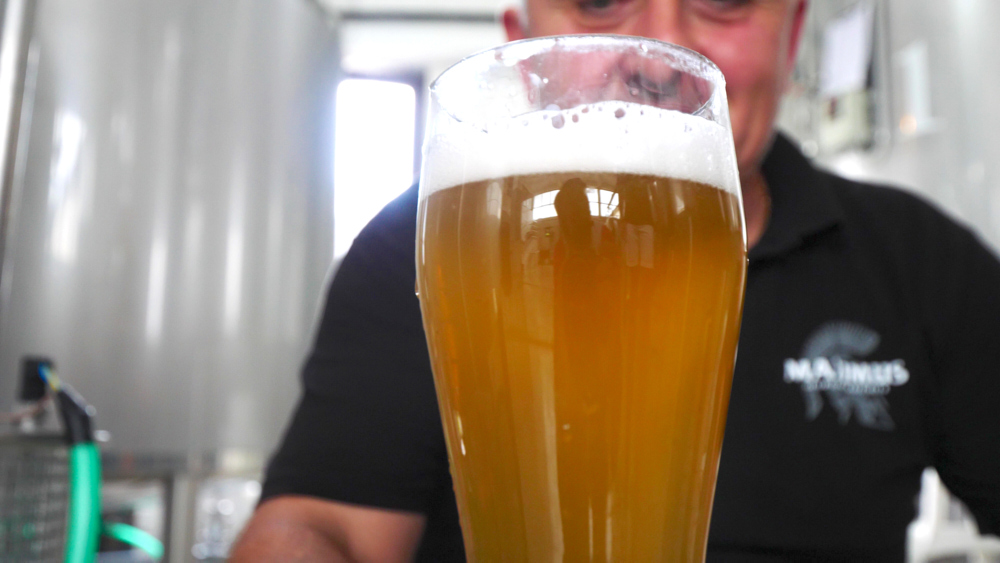 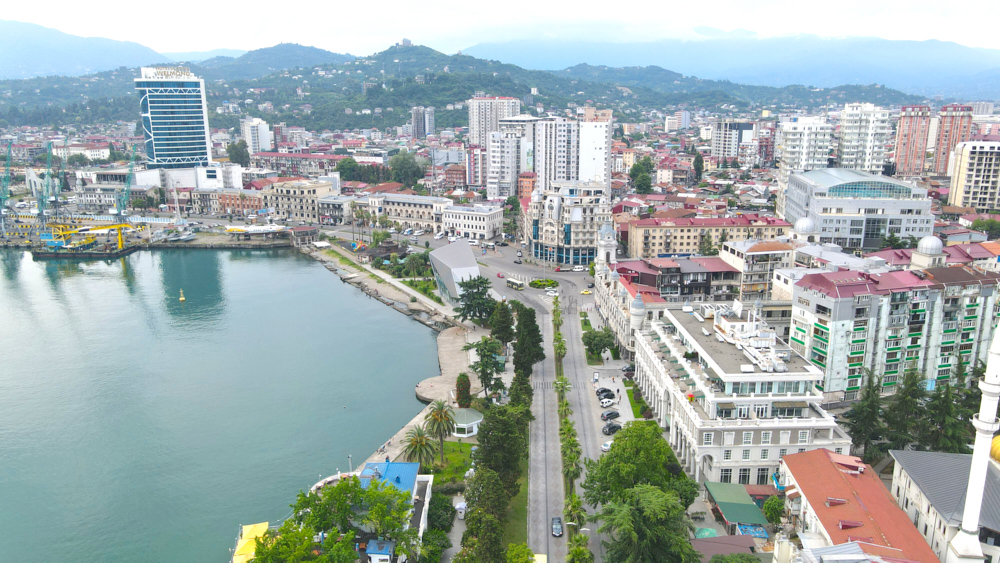 One of them is run by a woman who sells eight types of jam, including a nutty loquat jam and a delightful walnut jam. She was so kind to us and even gave us some jars of jam to take with us!
If you’re a beach bum visiting Georgia, Batumi Beach has your name written all over it. It’s the perfect place to relax and soak up the sun with friends and family. The beach is located on the Black Sea coastline and offers a variety of things to do in Batumi, Georgia.
+995 577 00 39 65
Further into the city, you’ll reach the Old Town. This popular area is known for its 19th-century architecture and beautiful fountains. You’ll find the Dancing Fountains and the beautiful Neptune Fountain, as well as the Statue of Medea, the Astronomical Clock, and even a wedding palace shaped like a UFO! 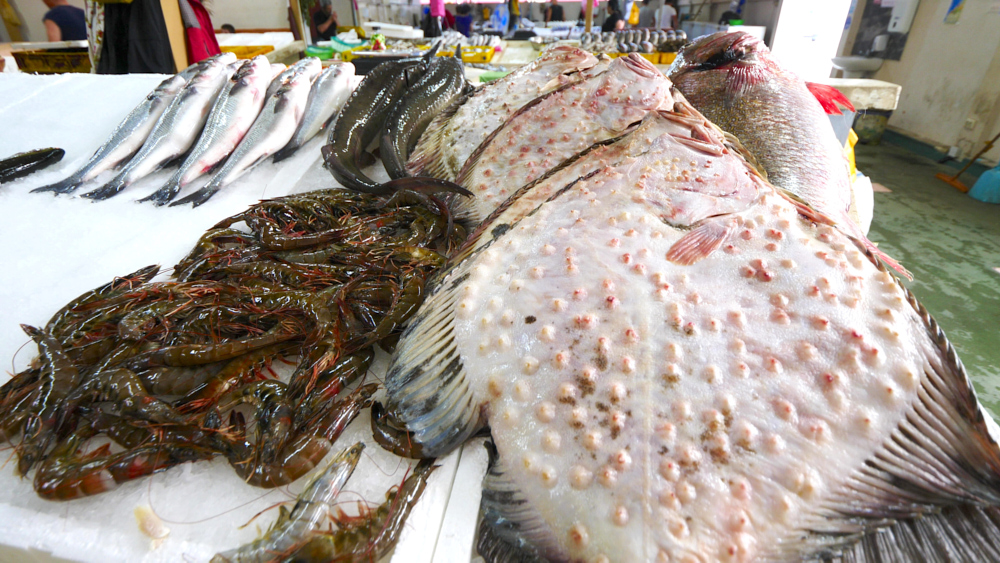 One of the top attractions in the area is Mirveti Arch Bridge, a medieval stone bridge that connected villages during the Middle Ages. There are similar bridges throughout Upper Adjara. Also in the area, you’ll find local homes, farms, and raised barns called nalia, where locals dry their corn and produce!
Batumi, Georgia 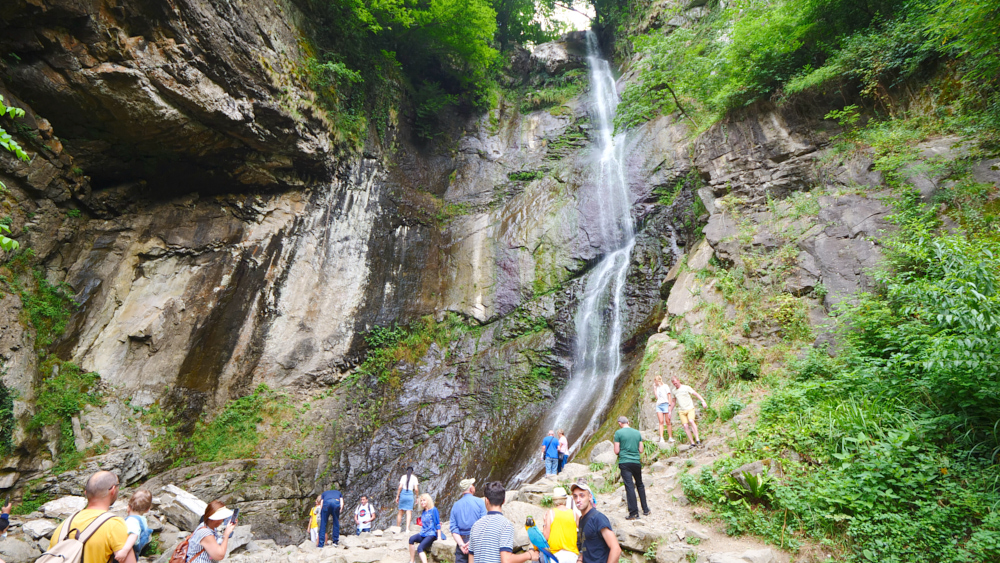 Outside of being one of Batumi’s most popular attractions, Batumi Fish Market is also the largest fish market in Georgia. The market is located on the waterfront and opens at 10 a.m. every day. It offers a variety of fresh seafood, including salmon, oysters, octopus, prawns, dorado, sea bass, and sturgeon. from the Black Sea, nearby rivers, and fish farms.
Batumi, Georgia
5 Giorgi Mazniashvili St.

Check out the Top Things to Do in Tbilisi, Georgia

+995 599 04 06 67
The employees there took me and Tim to the top of their stone tower, which they say is the best spot on the property to eat. We started with some sinori, a type of rolled Adjarian flatbread that contains a mix of cottage cheese, garlic, butter, and salt.
Size-wise, the Titanic khachapuri is easily four or five times the size of your average Adjarian khachapuri. These cute little boat-shaped bread bowls were invented by the wives of Batumi’s sailors in the hopes that their husbands would return home safely. They’re typically filled with a decent amount of cheese and butter, and one egg. But the Titanic ups that to a whopping three kilos of cheese, six eggs, and two decadent mounds of butter!
Enjoy it with a nice MaNavi dry white wine. And if you’d rather eat something in-house, Blue Wave Restaurant offers a unique blend of Georgian and Adjarian seafood dishes. I heard their salmon khachapuri is a must-try. Their oysters are also a popular choice.
There, they grilled up our salmon with paprika, oregano, and oil, as well as our octopus, shrimp, and oysters. The oysters were briny and fresh, and adding a splash of lemon gives them a nice tanginess. They also cooked our shrimp and octopus to perfection! The grilled salmon was also fantastic. 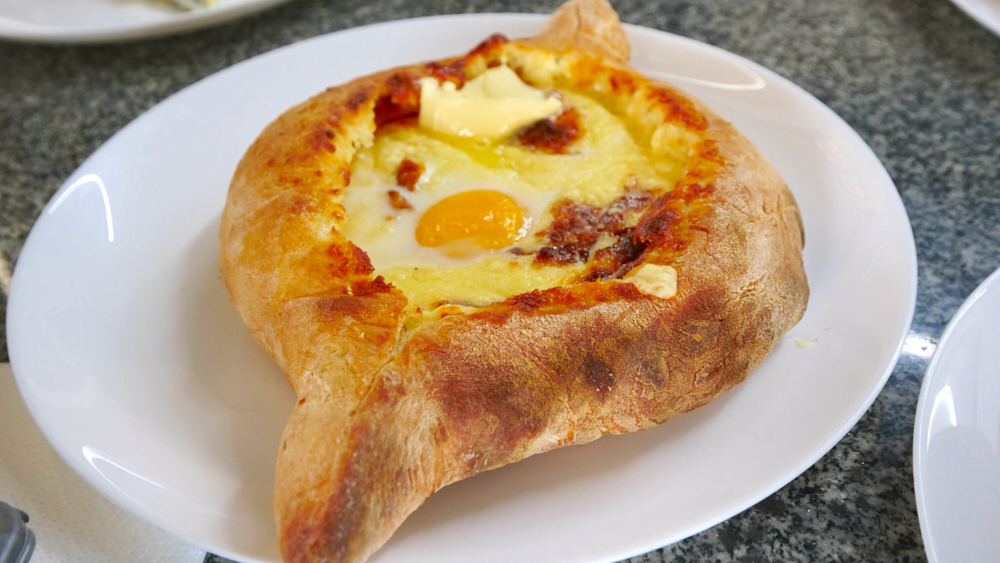 Batumi, Georgia
It’s no wonder Batumi is a popular destination among foreign and domestic tourists. Between its magnificent shoreline, its regal palm trees, and its subtropical climate, it’s a dream for vacationing families. Also, as a seaside city, it has a completely different feel from the towns and cities further inland. Adjarian cuisine is a must-try, especially the regional version of khachapuri, a traditional cheese-filled bread with many variations throughout the country.
Not far from the bridge is Mirveti Waterfall, which trickles down a rock face into a pool below. It’s a swimming hole of sorts for locals! Speaking of locals, I highly recommend checking out the stands nearby.
Next to Batumi Beach, you’ll find another popular hangout among locals and tourists: Batumi Boulevard. The boulevard is a pedestrian-only street that runs along the seafront. It is lined with palm trees, fountains, and a variety of shops and restaurants. 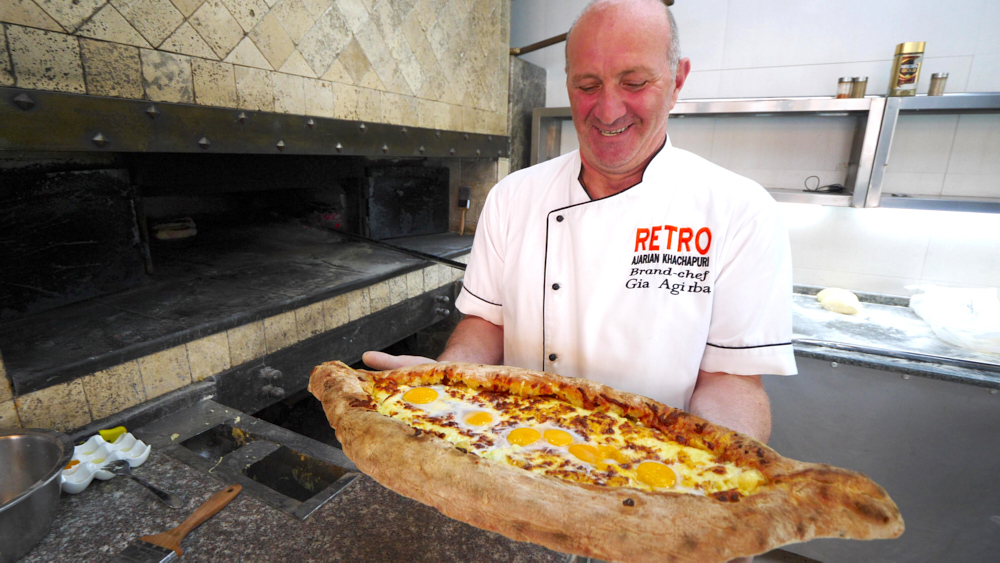 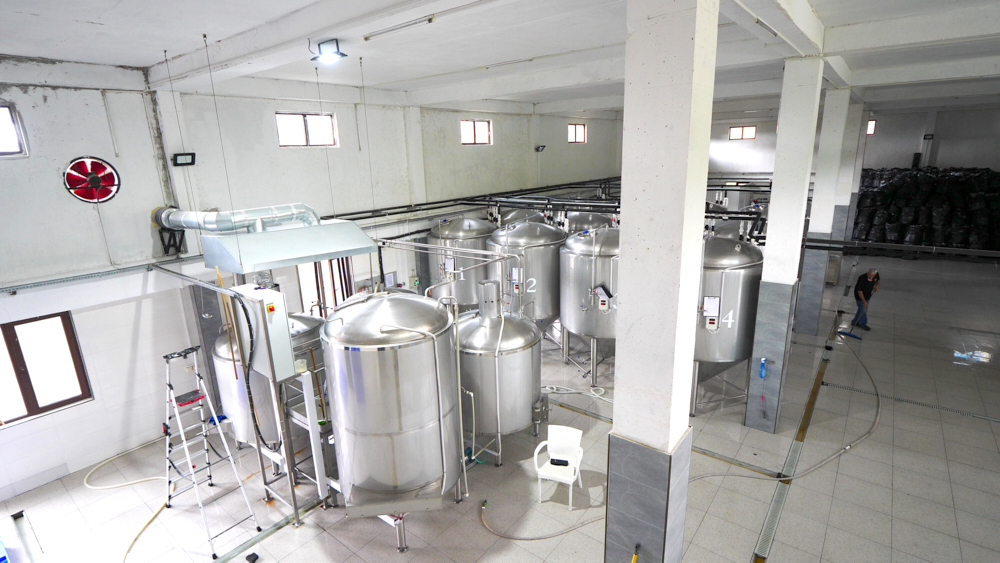 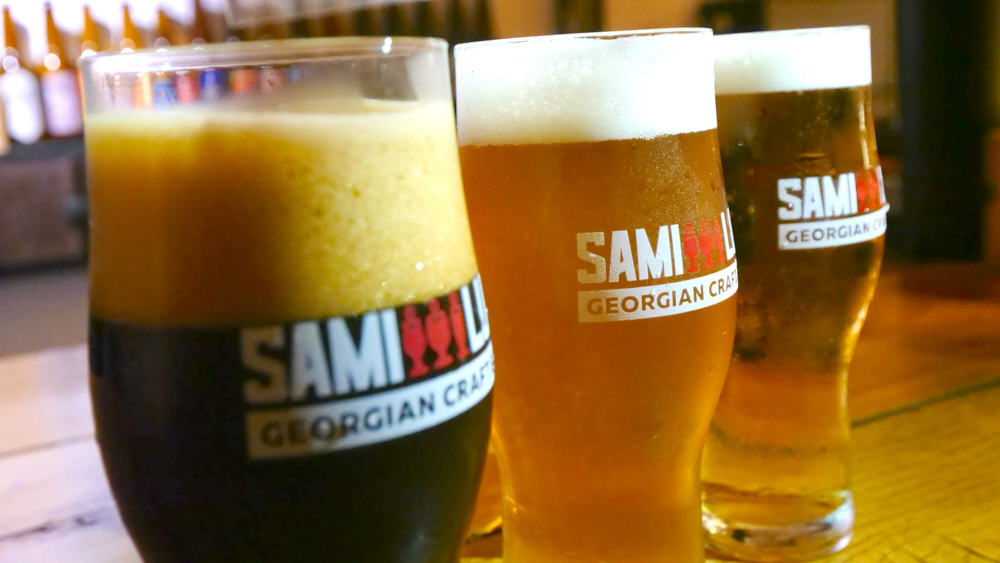 Within just a few minutes’ walk of one another, you’ll find a large Ferris wheel, the unique Alphabetic Tower, and the Statue of Love. The statue is a large, metal sculpture of a Muslim Azerbaijani boy and a Christian Georgian girl known as Ali and Nino. The statue represents love between two cultures! 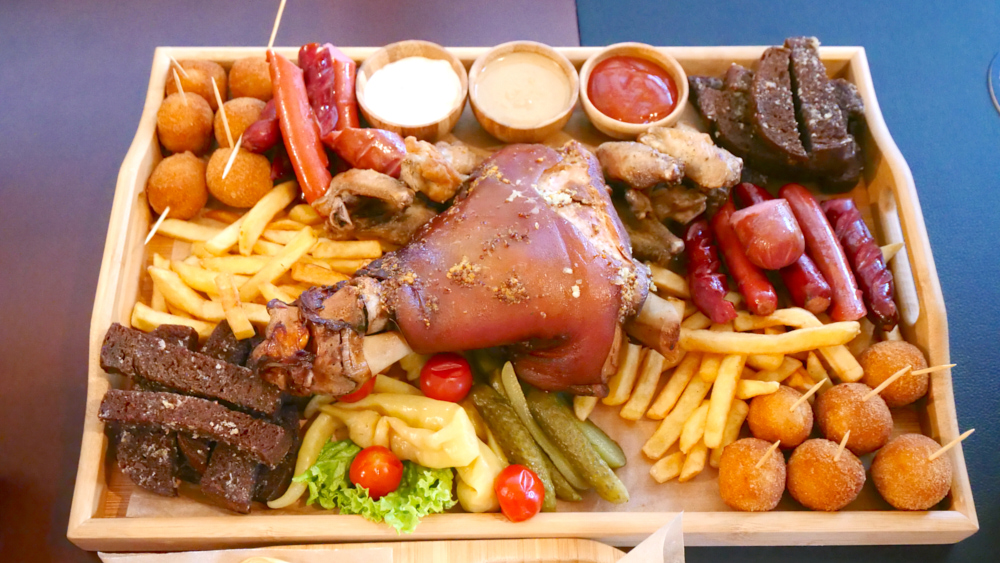 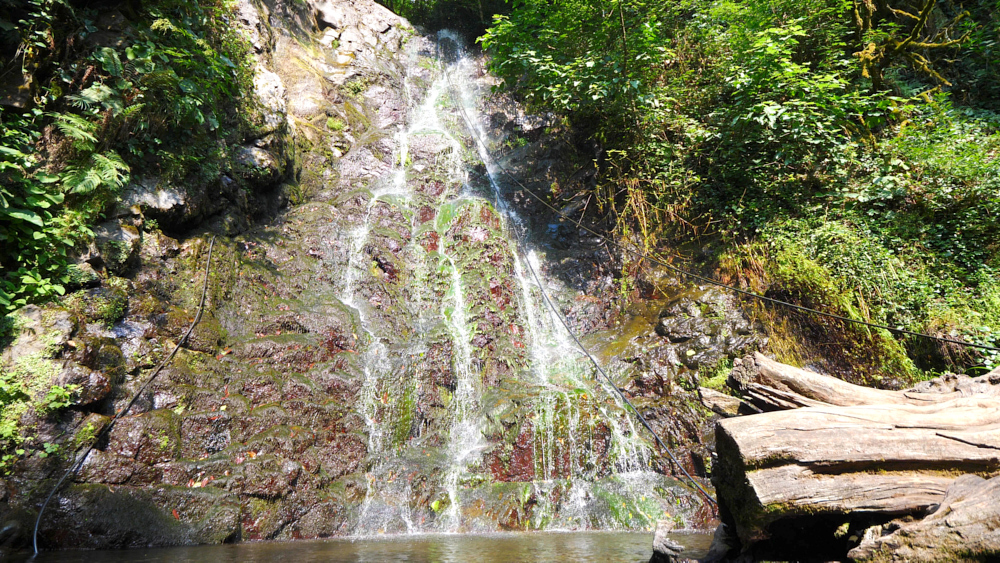 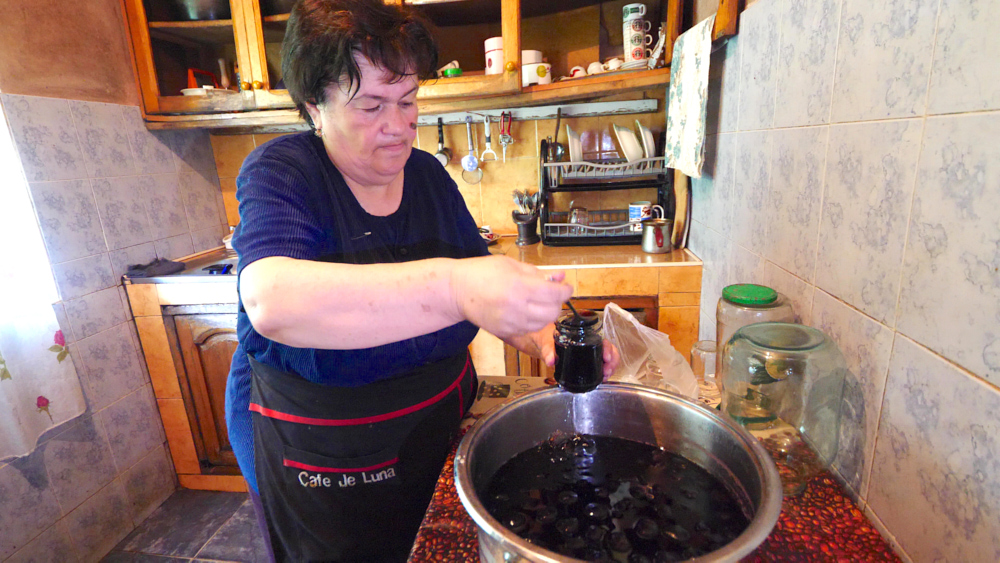 No visit to Batumi would be complete without riding the Argo Cable Car. The Argo Cable Car offers stunning views of the city and the Black Sea coastline. The cable car ride is a roughly 25-minute round trip and is a great way to see the city from above. From the gondola, you can enjoy stunning views of skyscrapers, the distant mountains, the entire city, and the Black Sea.
Long before Batumi became a tourism hotspot, the city arose on the site of a former Hellenic colony called Bathys. What was a small, charming fortified town during the Middle Ages grew exponentially after the Russian Empire wrenched control of the town from the Ottomans in 1878. Since then, it has also become an essential seaport linking Europe and Asia, as well as an important hub for food processing and ship building. 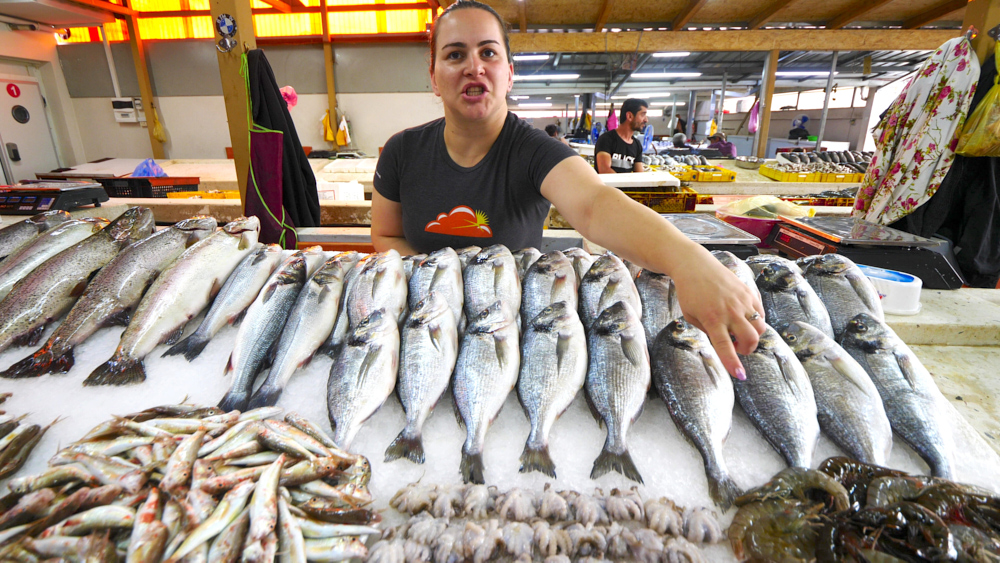 You can’t leave without checking out Makhunseti Waterfall, a 30-meter-high waterfall that will be packed with tourists during the day. Don’t forget to visit the local vendors, who sell fruit and handmade crafts. I bought a few beaded necklaces for my daughters from them! 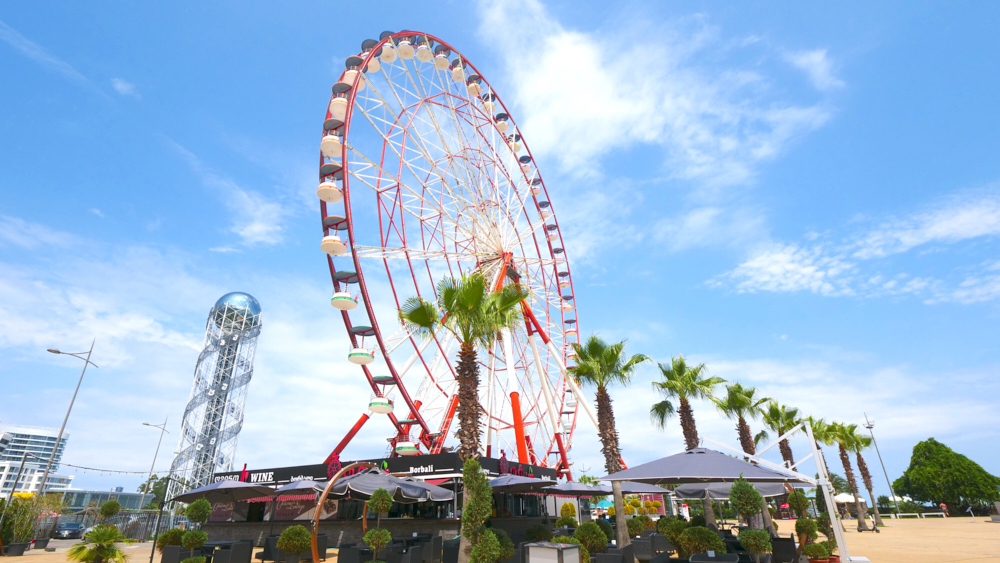 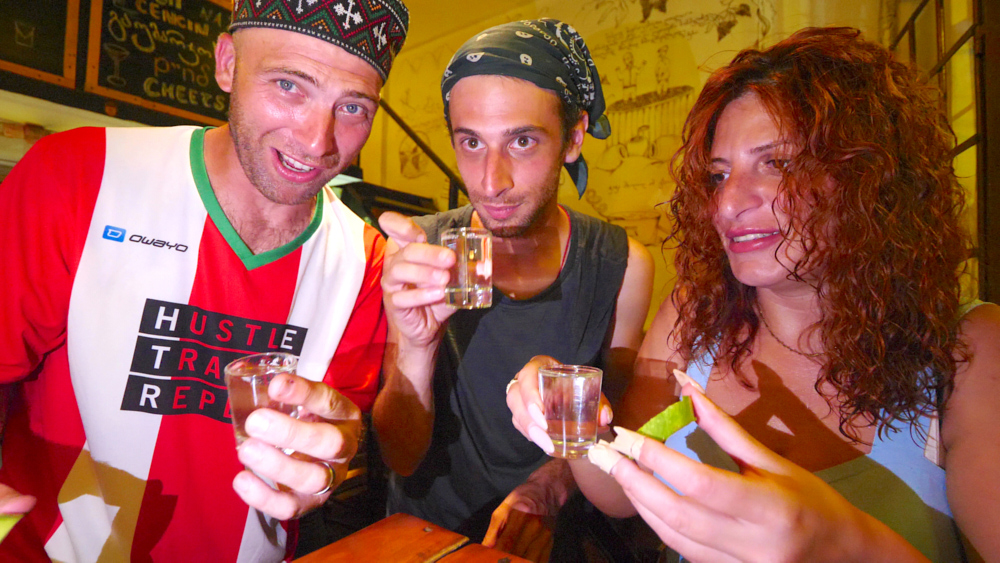 If you’re looking to get away from the hustle and bustle of Batumi, Mirveti Village is the perfect place to go. This quaint village is located just outside of Batumi and is a great place to relax and enjoy the Georgian countryside.
Sami Ludi 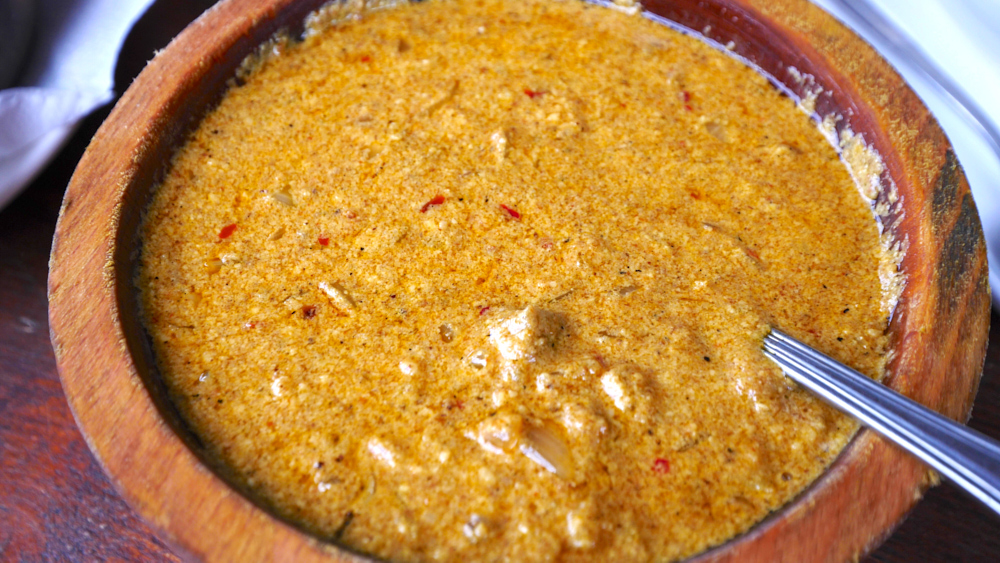 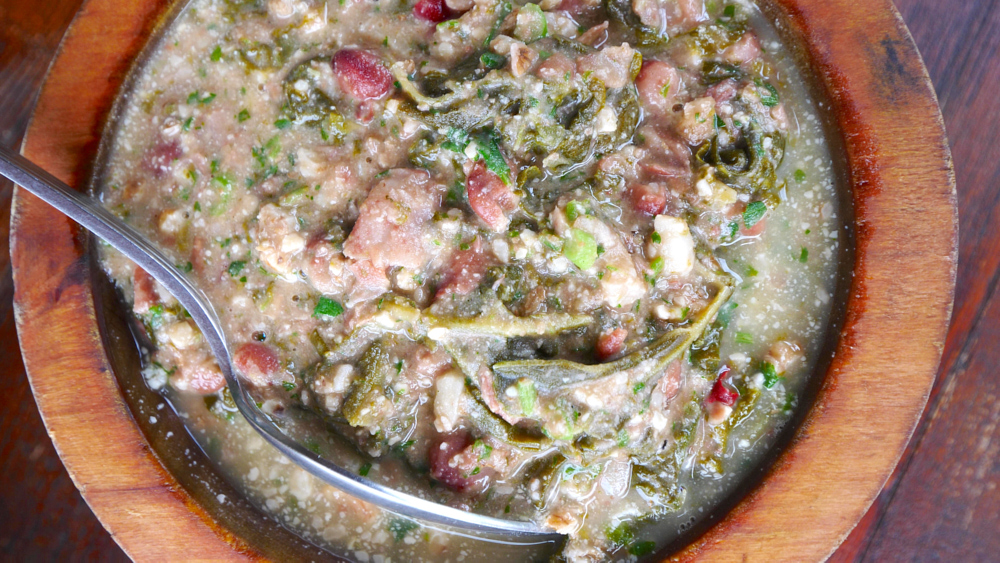 My buddy Tim and I attacked our khachapuri hard and fast, but even though we’re two big, grown men with massive appetites, we barely made a dent in it. My advice is to not focus on finishing it, and just enjoying the fluffy, crispy dough and the rich mix of velvety cheese, egg, and butter.
Blue Wave Restaurant

If you’re a foodie looking to try traditional Adjarian cuisine, look no further than Adjarian Wine House in Adjaristskali Village. Adjarian Wine House offers stunning views of the Georgian countryside, including a magnificent vineyard. This gorgeous, rustic-style restaurant serves a variety of Adjarian dishes, which are heavy on the carbs, meat, and dairy. They’re the perfect comfort foods!
Buy up some of your favorites—or get adventurous and try something new—and then take it to one of the nearby restaurants to have them cook it up for you!