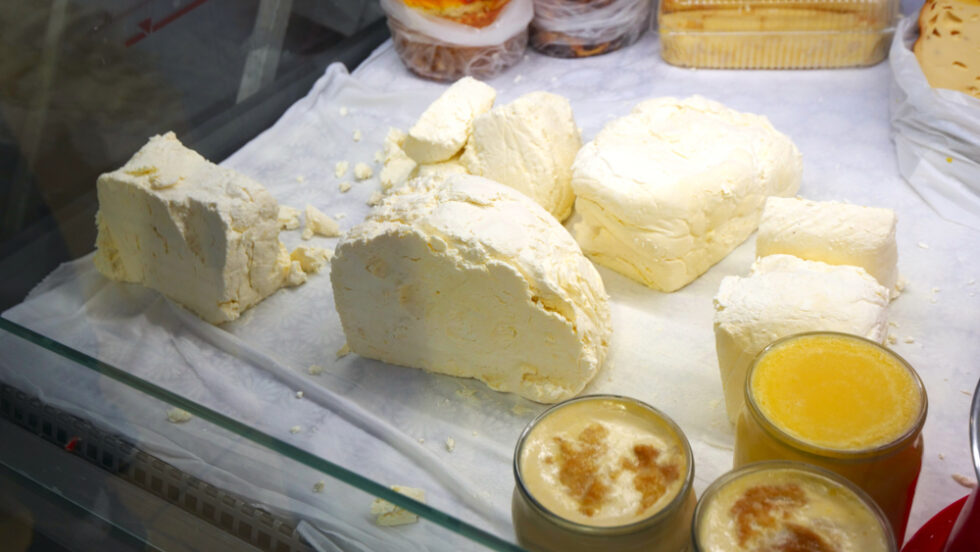 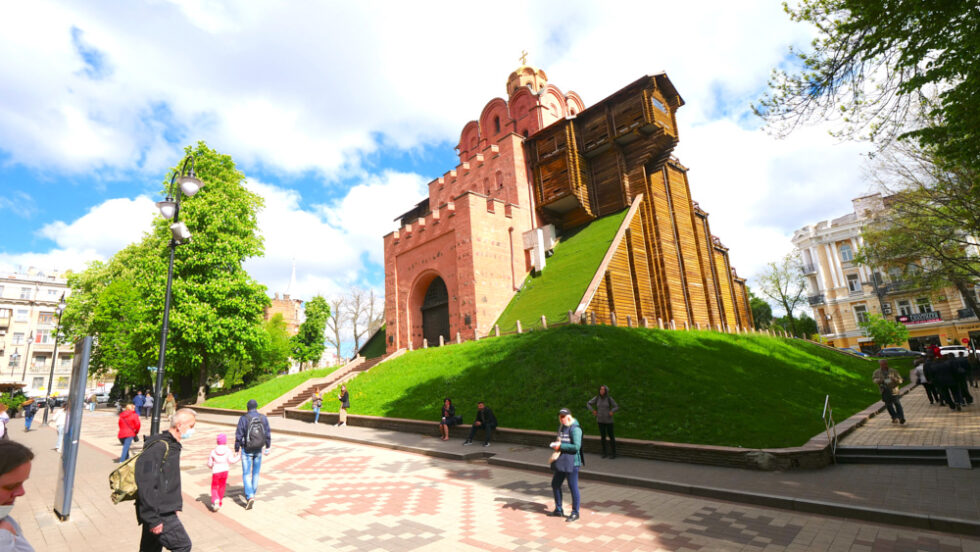 One of the more sobering locations in Kyiv is the Park of Eternal Glory. The park is a memorial for Ukrainians who lost their lives during World War II. I’ve been to similar memorials around the world, most of which are home to statues, monuments, and an eternal flame. The Park of Eternal Glory is no different. 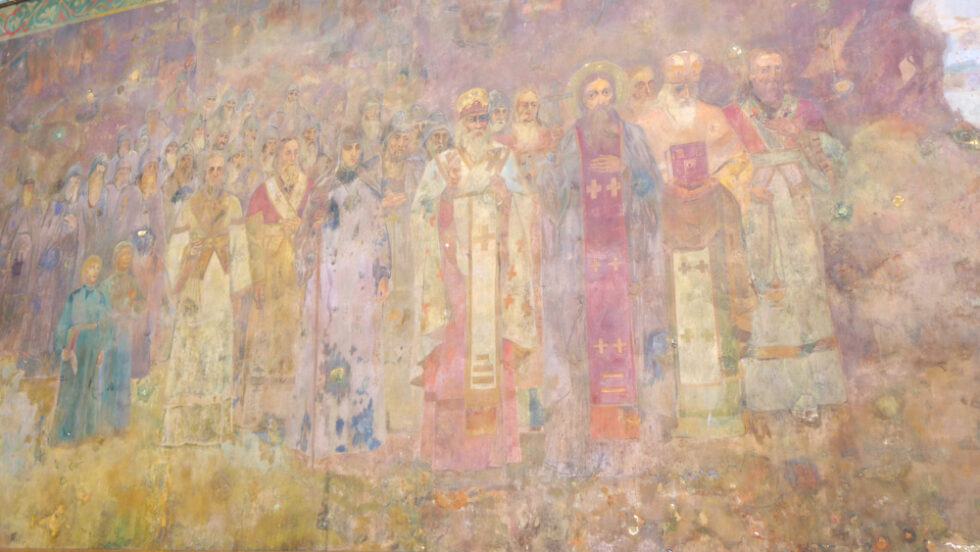 I suggest starting off with some oysters and local cheeses before jumping on heavier main courses like Chicken Kyiv and banush. The banush is very similar to grits or polenta, and are fluffy, creamy, and cheesy. Best of all, they come with bacon!
Lavrska St, 22
You’ve probably at least heard of the Cossacks. The Cossacks were East Slavic Orthodox Christians who came from the steppes of Eastern Europe. They were self-governing and semi-militaristic, and are sometimes compared to American cowboys. They were instrumental in developing the culture of Ukraine and Russia.

See the Golden Gate of Kyiv

As you explore Kyiv, there’s no way you can miss the Motherland Monument, also known as Rodina-Mat. A massive, stainless steel statue visible from spots all around the city, the monument dates back to the Soviet era. It was built between 1979 and 1981 and stands 203 feet tall. It’s part of the Museum of the History of Ukraine in the Second World War and is one of the tallest statues in the world! 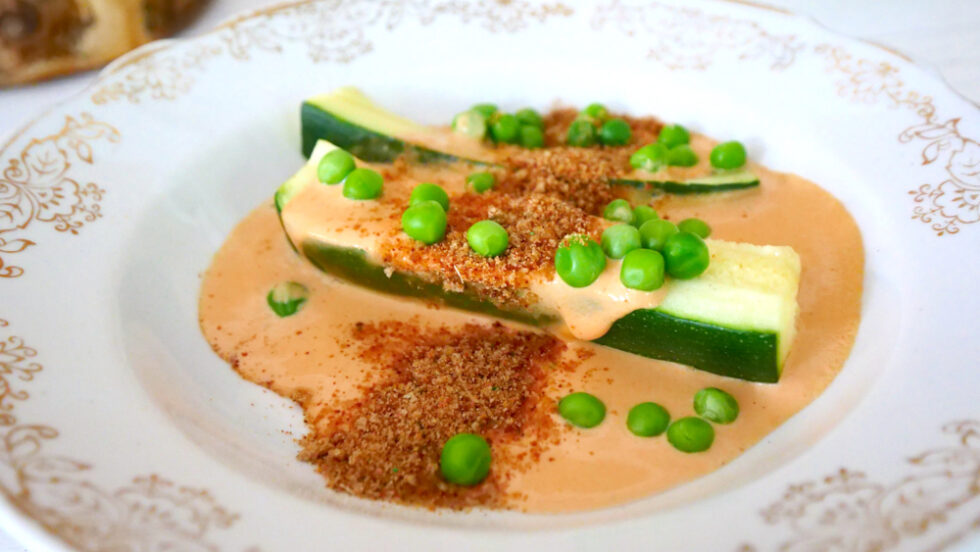 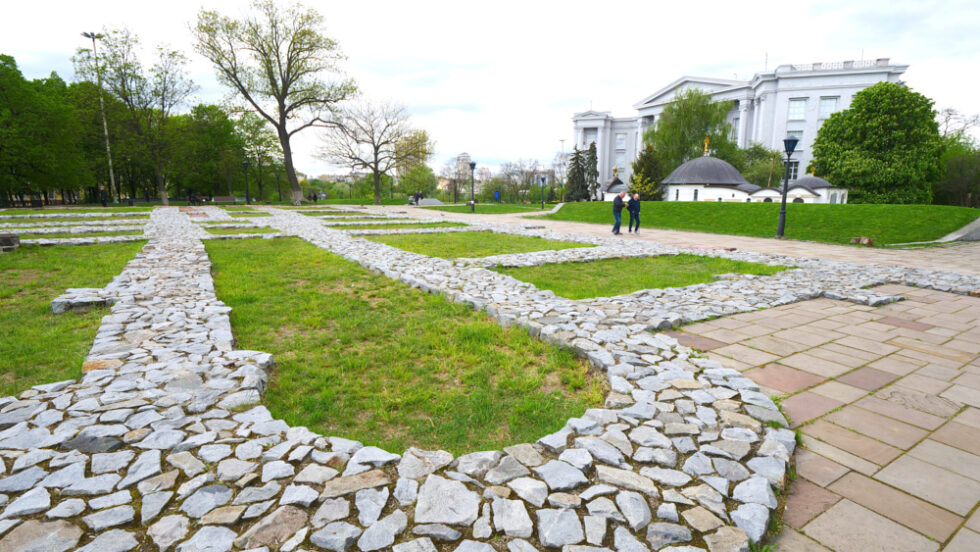 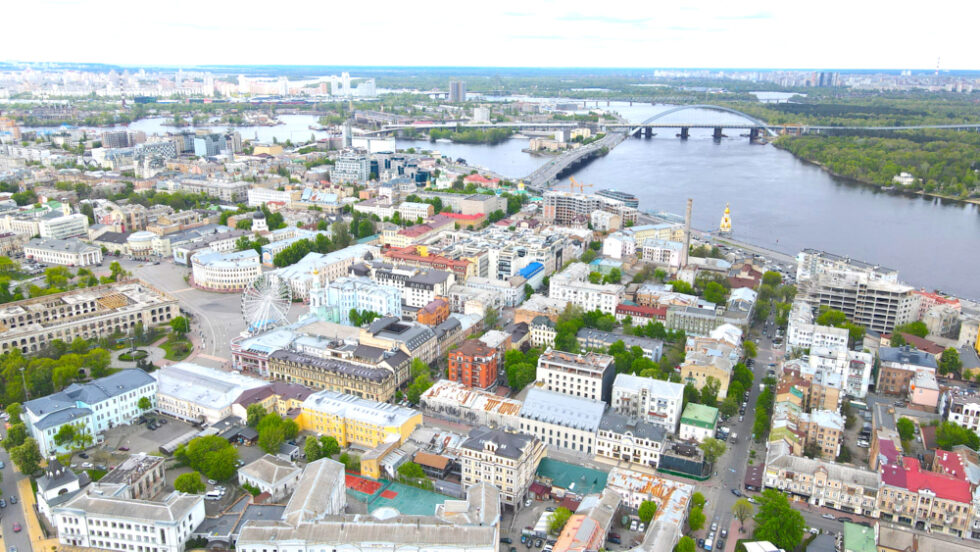 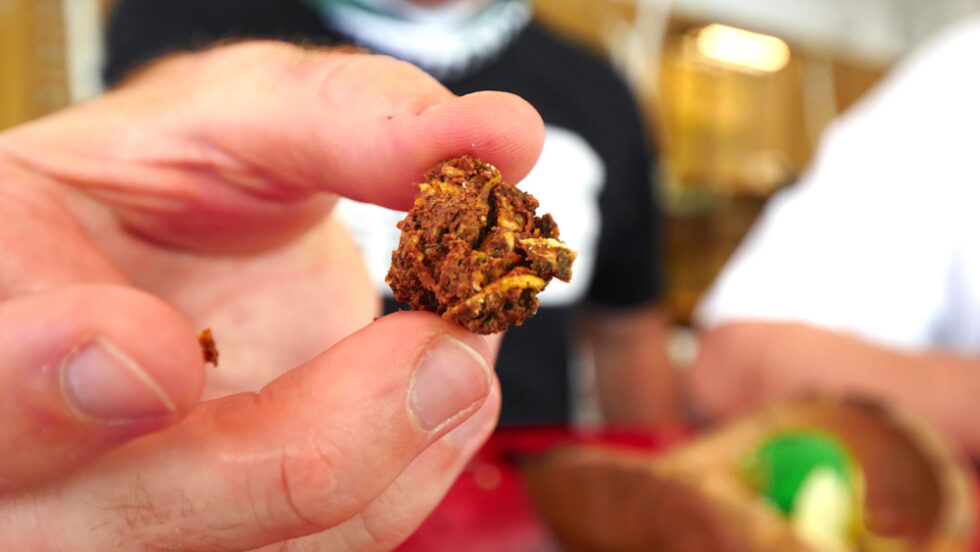 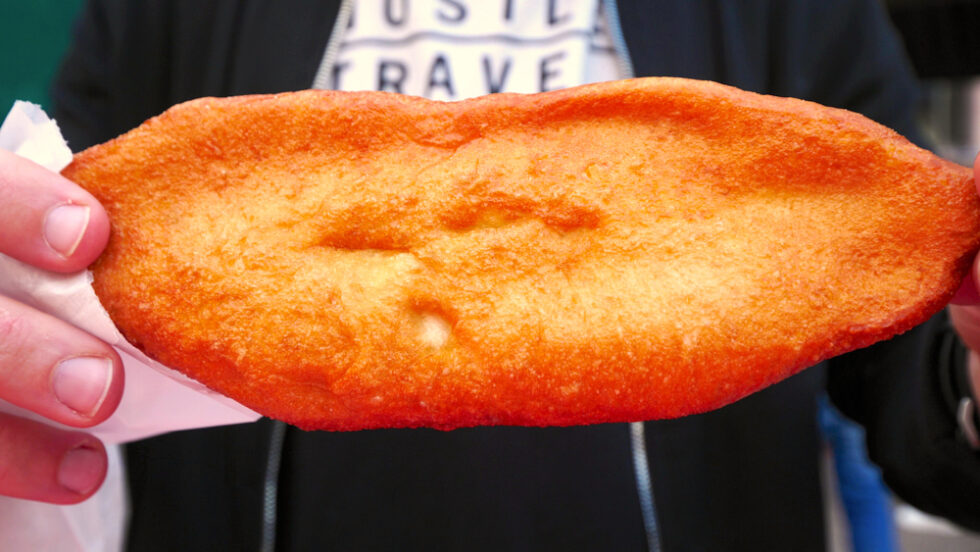 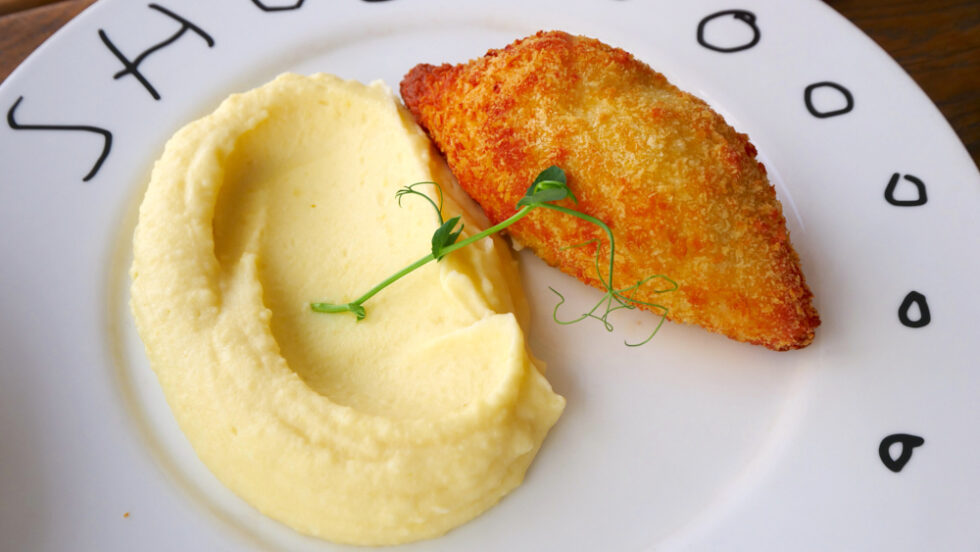 It’s worth noting that the bar’s beer prices start off at a low, set price and then rise throughout the day. So if you want to try the beers at their cheapest, get there early! If you’re a craft beer snob, visiting Kedy Mystetstvoznavtsya is one of the best things to do in Kyiv, Ukraine!
Bessarabs’ka Square, 2 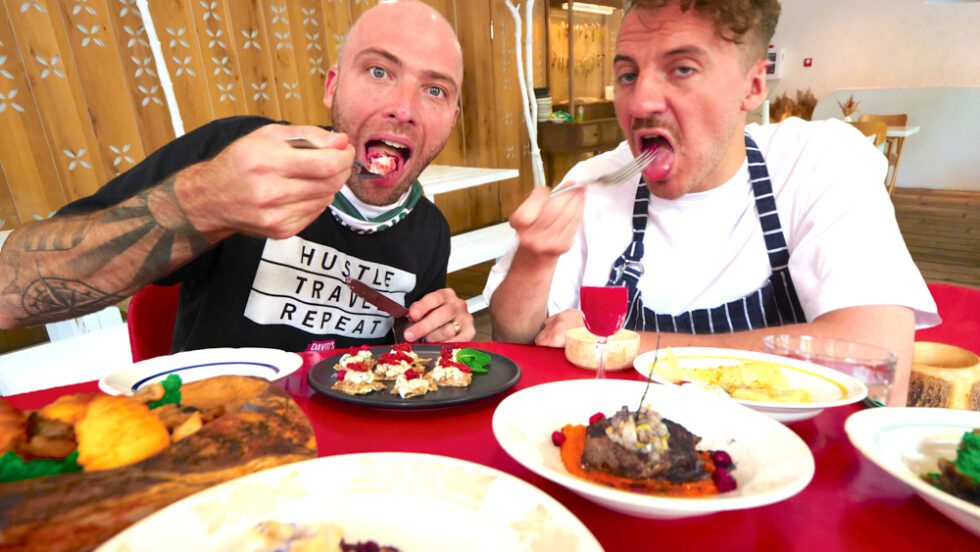 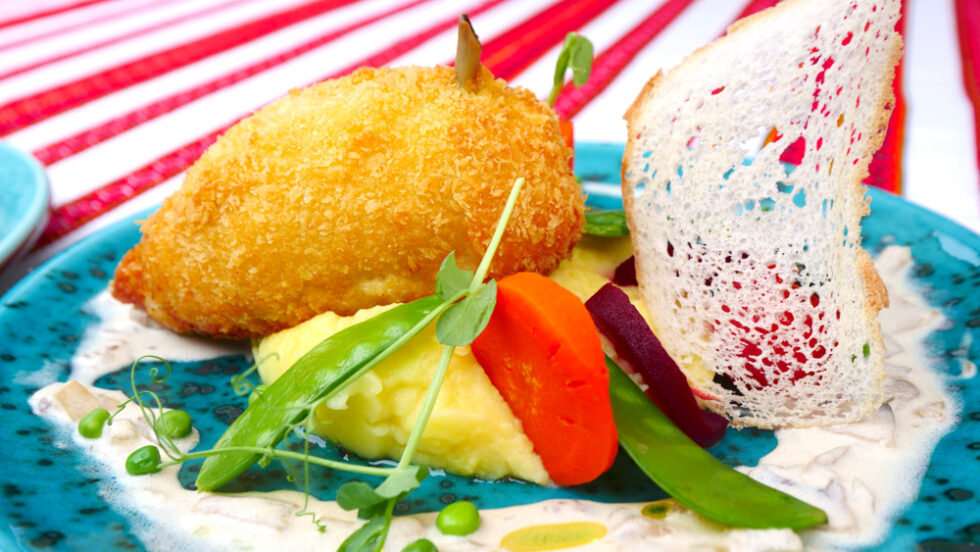 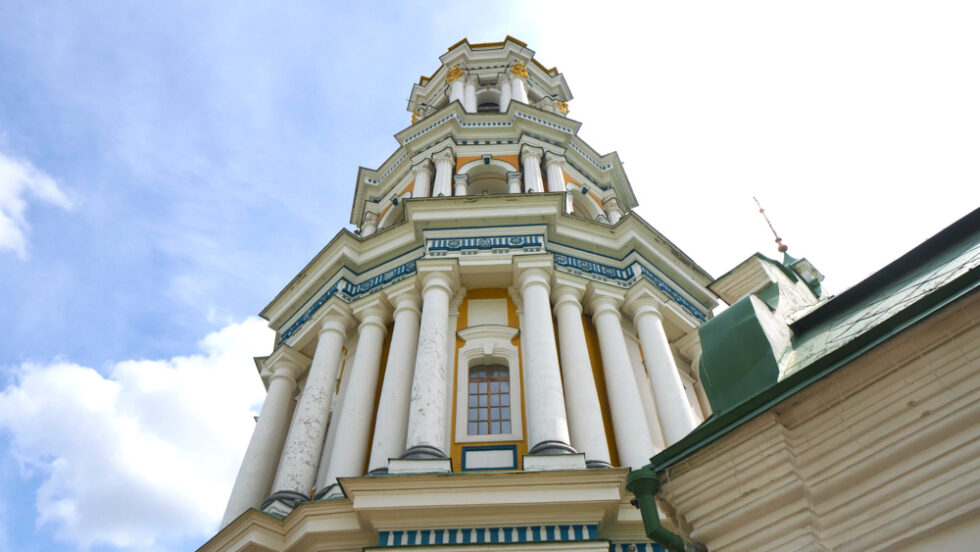 When it comes to cultural, religious, and historical sites in Kyiv, it’s hard to beat Kyiv Pechersk Lavra. Easily one of the top things to do in Kyiv, Ukraine, it’s also known as Kiev Monastery of the Caves. This Eastern Orthodox Christian monastic complex dates back to 1051. Roughly 120 monks still call the complex home! 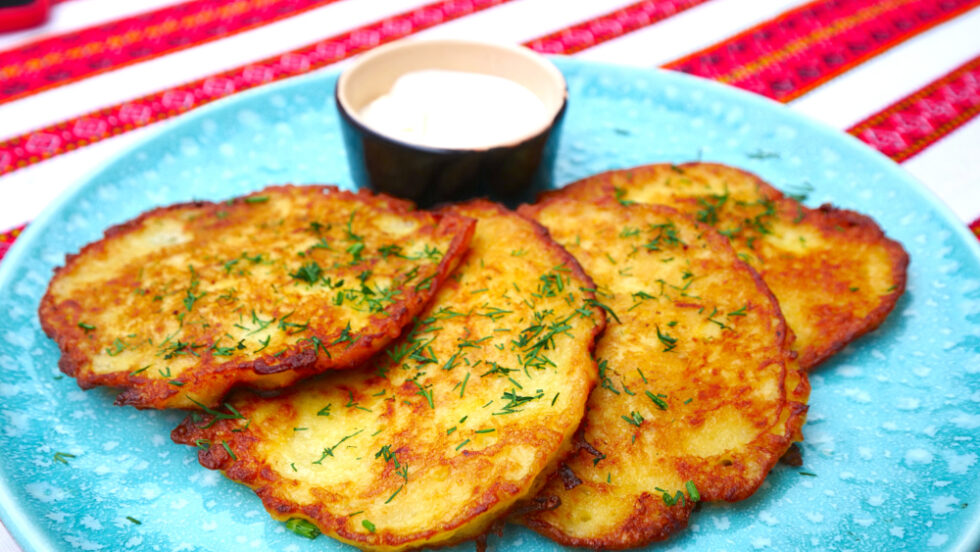 The monastic complex is also part of a UNESCO World Heritage Site that includes St. Sophia Cathedral. It was also named one of the Seven Wonders of Ukraine in 2007. General admission is just 100 hryvnia/.64 USD. If you want to go up to the top of the bell tower, it will cost you an extra 30 hryvnia. To get there, you pass through the Gate Church of the Trinity, past the beautiful old murals.
Their blood sausage, made with buckwheat instead of rice, is earthy, savory, nutty, and slightly bitter. Meanwhile, their incredible, golden brown Kyiv cutlet is crispy on the outside, with tender, flavorful chicken inside. 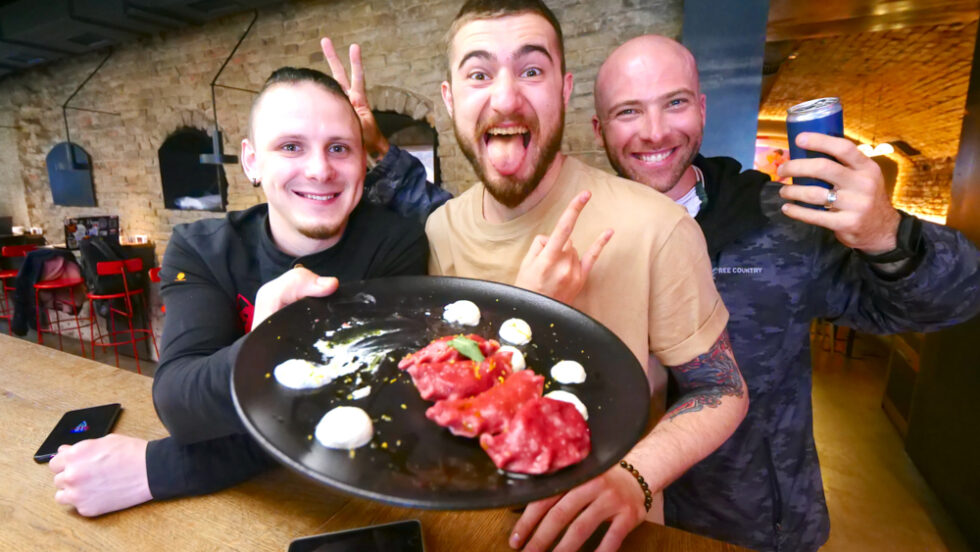 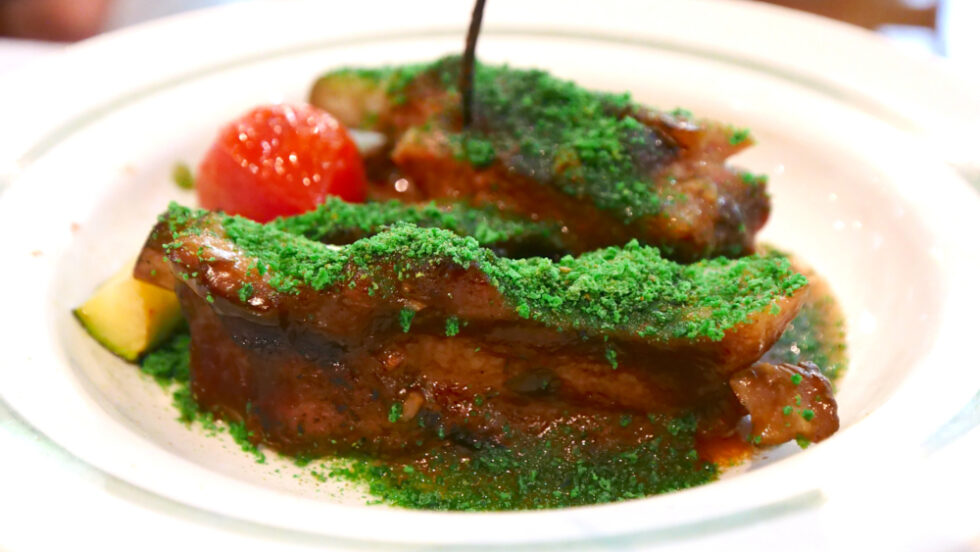 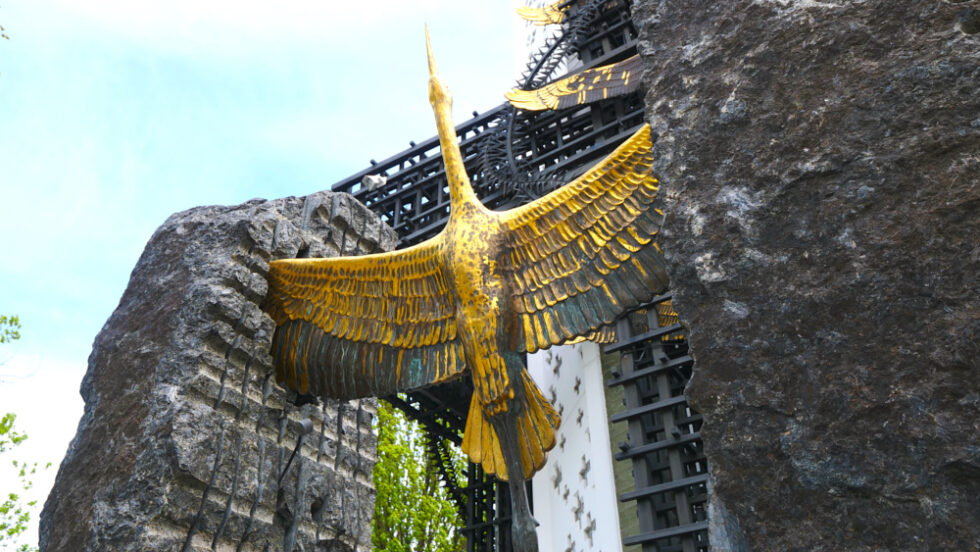 When most people think of cool and funky European capitals to visit, unfortunately, Kyiv usually doesn’t come to mind. But the city is everything I love about traveling. From the secret local haunts to the culture-rich historical sites to the traditional and modern cuisine, it’s everything a traveler could want. Add in the friendly, hospitable locals and you have an amazing travel destination that’s just waiting to be explored. Book a trip now to experience the top things to see and do in Kyiv, Ukraine soon! 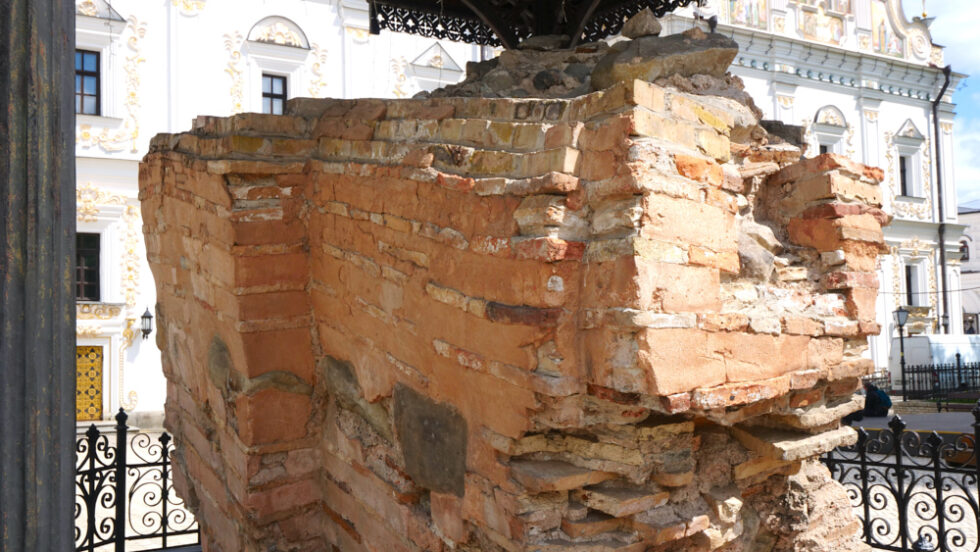 If you’ve followed me for a while, you know I love spicy food. But I recommend trying their dehydrated tulip with extreme caution. The tulip shrivels up into a little brown nugget, which contains various spices. It’s one of the hottest things I’ve ever eaten in my life and had my tongue and throat on fire! 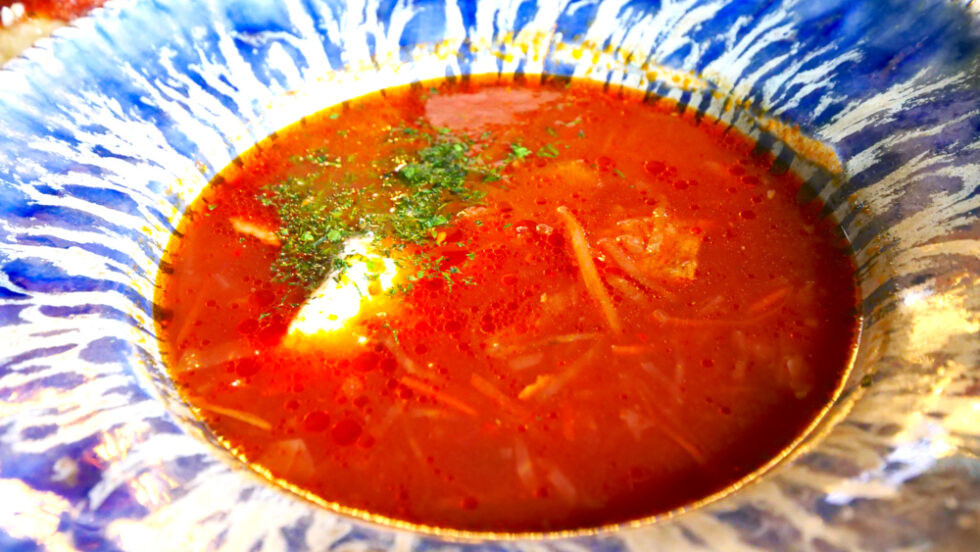 I’d be remiss if I didn’t also mention their smoky Imperial stout, sweet Imperial stout. I also really enjoyed their sour Blackberry Black Currant IPA. It was hoppy, sour, and fruity!
If you’re looking for traditional Ukrainian dishes with a modern twist, head over to 100 Rokiv Tomu Vpered. The restaurant’s chef, Ievgen, is a former winner of MasterChef Ukraine and is an absolute character. He’s also a culinary genius!
Their crisp and light Indian pale lager is really nice and pairs nicely with the cheese balls on their menu. The salted-caramel-flavored Ukrainian brown Imperial ale is fantastic, as is the sour fruited gose. But you must try their signature beer, the Drunken Monkey IPA. 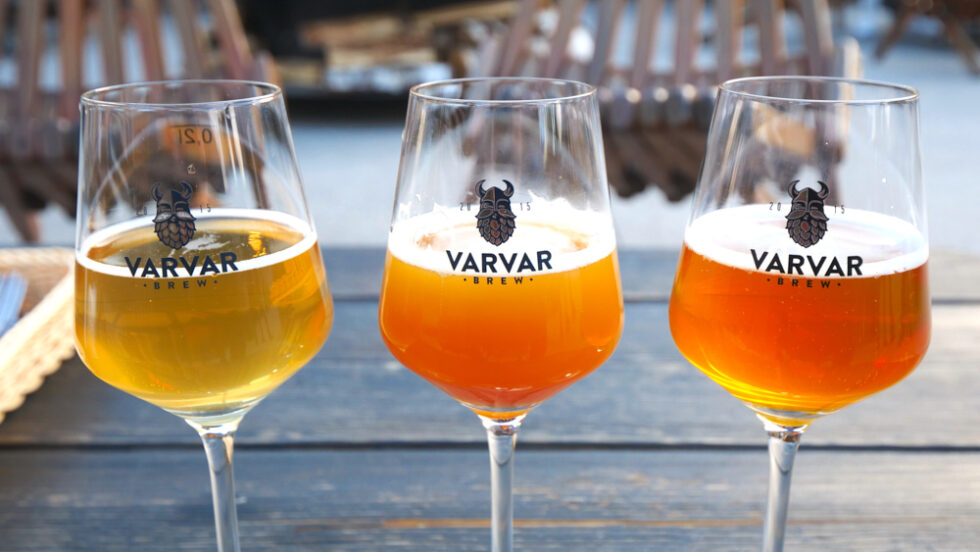 The appetizers are fantastic—I thoroughly enjoyed the sourness, creaminess, and sweetness of the fermented barley wafers with pig fat and cranberries. I also liked the two types of kvass, which are drinks made from fermented bread, similar to wheat beer. One of them was made from beets!
Head uphill up Andriyvsky Uzviz, a popular local tourist street, to find our next stop, Kanapa. This restaurant, located inside a huge 19th-century home, is a wonderful, upscale restaurant with a terrace and a secret room on its lower level.

Watching her prepare it was amazing, and it blew my mind when I got to try it. It’s so tasty and filling, and is almost like a savory porridge with vegetables! I loved the addition of dill and parsley, which really popped among the other ingredients.
These caves are a wonderful place to feel the history of the site. Female visitors must wear a headscarf to enter them, and you have to carry a lit candle to see down there. You can see a number of small chapels among the dark, tight corridors, as well as mummified saints! Visiting the caves is one of my favorite things to do in Kyiv, Ukraine, and is a must for all history lovers!

Just a stone’s throw from the Golden Gate of Kyiv is another of the top things to see and do in Kyiv, Ukraine. Zoloti Vorota Station is one of the city’s best examples of a Soviet metro station. Ex-Soviet countries are well-known for their lavish and beautifully constructed train stations. I had the pleasure of visiting another in Tashkent, Uzbekistan, which blew my mind. Zoloto Vorota Station, built in 1989, is no different. 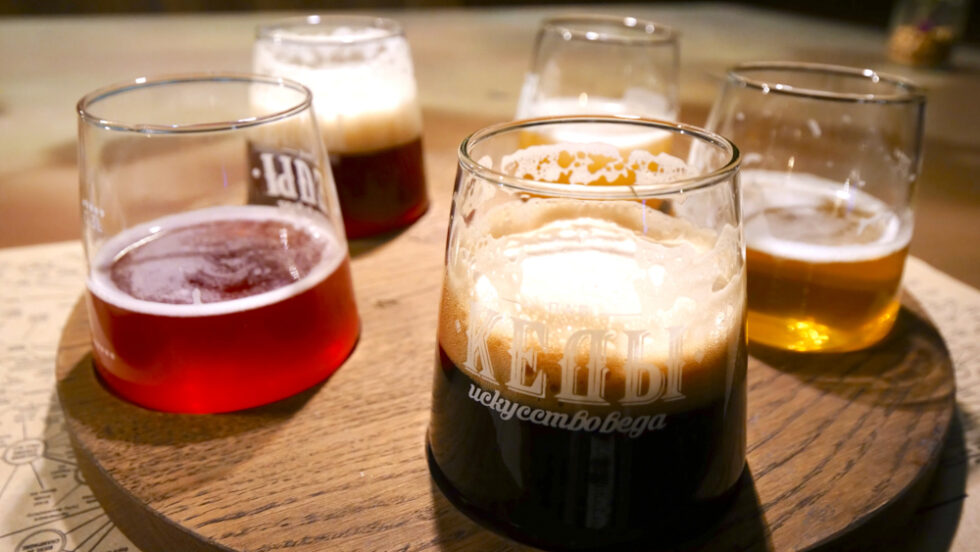 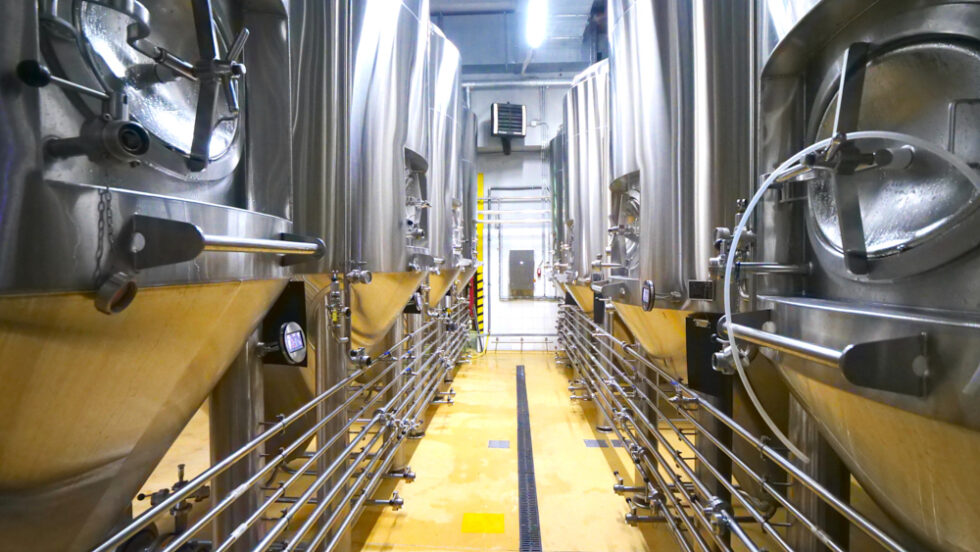 Borsht is a very popular beet stew popular throughout the region, and Ievgen’s is unreal. It contains beets, beef, plum jam, sprouts, black currants, and wood aroma. I also recommend the zucchini with shrimp sauce and peas.