I finished with some Pakola, which is a cream soda from Pakistan. I’m not a big soda person and tasted like creamy rose water.
Then, I jumped on the chicken behati roll, which was delicious and was similar to a kathi roll without the egg. Then, she brought me some beef samosas, chicken tandoor samosas, and chicken biryani. The samosas came with chili and tamarind chutney. 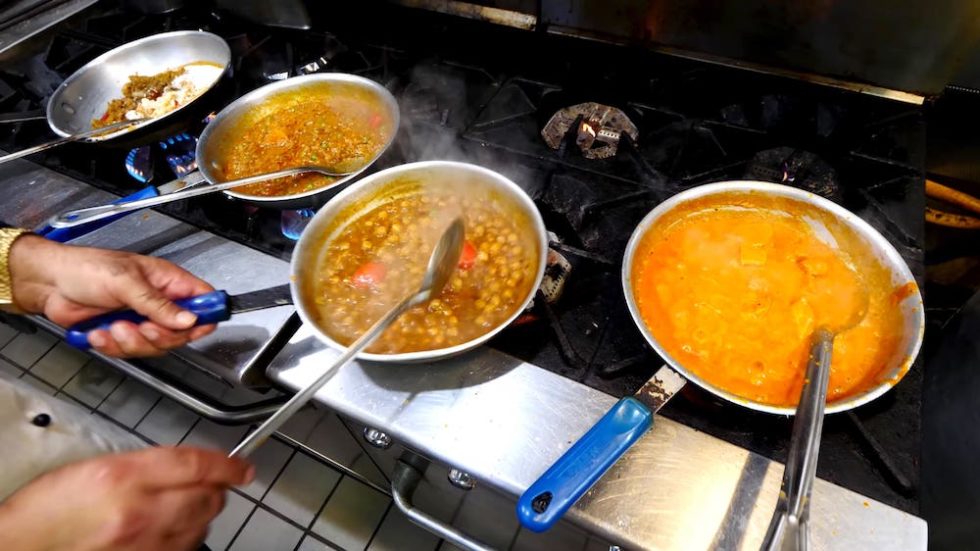 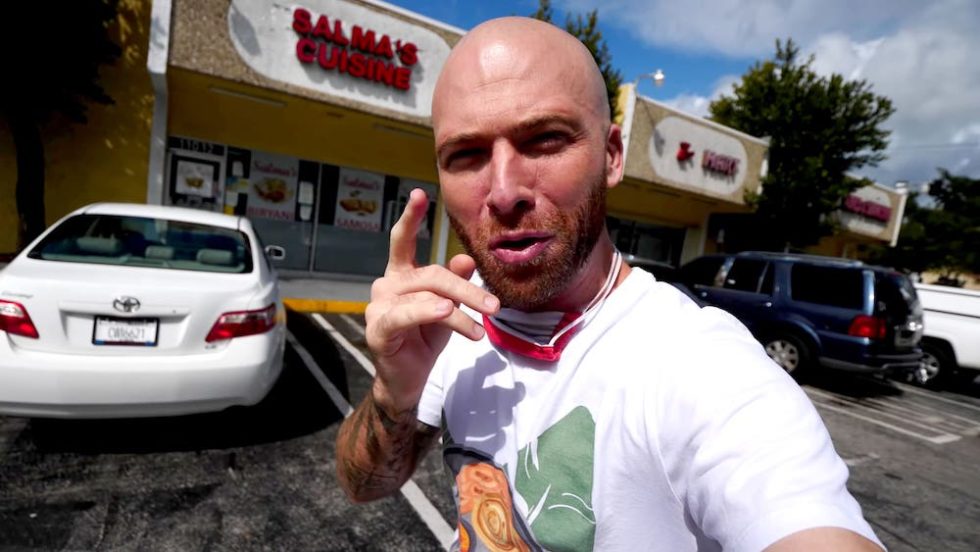 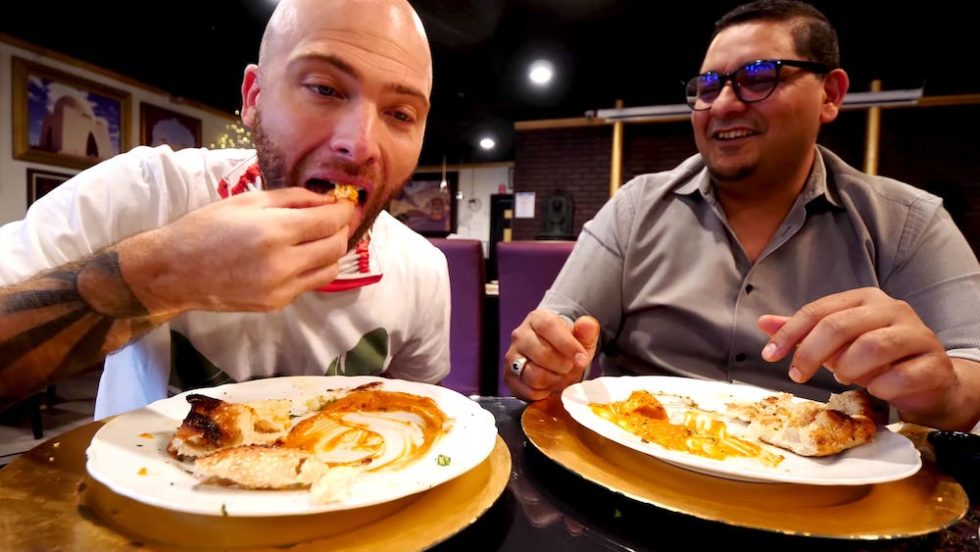 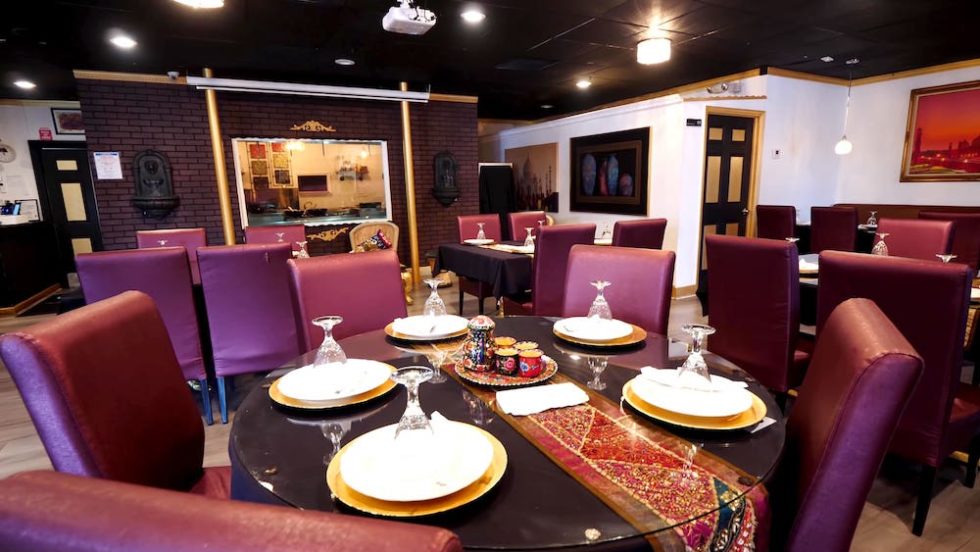 I hope you liked coming with me on my eating Indian food for 24 hours adventure in Coral Springs, Florida! If you did, please give this video a thumbs up and leave a comment below. Also, please subscribe to my YouTube channel and click the notification bell so you don’t miss any of my travel/food adventures around the world!
We had some kheer, a creamy rice pudding with nuts that cooks for 8-9 hours! Then, we had some paan with coconut and some chai!
My adventure took me to Coral Springs, a city roughly an hour north of Miami. It’s one of the best places in south Florida to eat Indian cuisine. I started at Salma’s Cuisine for breakfast!

The chicken tikka was massive and juicy, with an incredible smoky flavor. The marinade had soaked into the meat! We also had some chutney made from tamarind, a mint chutney, and more. The beef sikh kebab was lightly seasoned but super flavorful. I loved it with the naan and chutneys!
They were so tasty and contained green beans! The chili and tamarind chutney went well with everything. I loved the heat and sweetness! Adding some creamy raita helped calm down the heat! 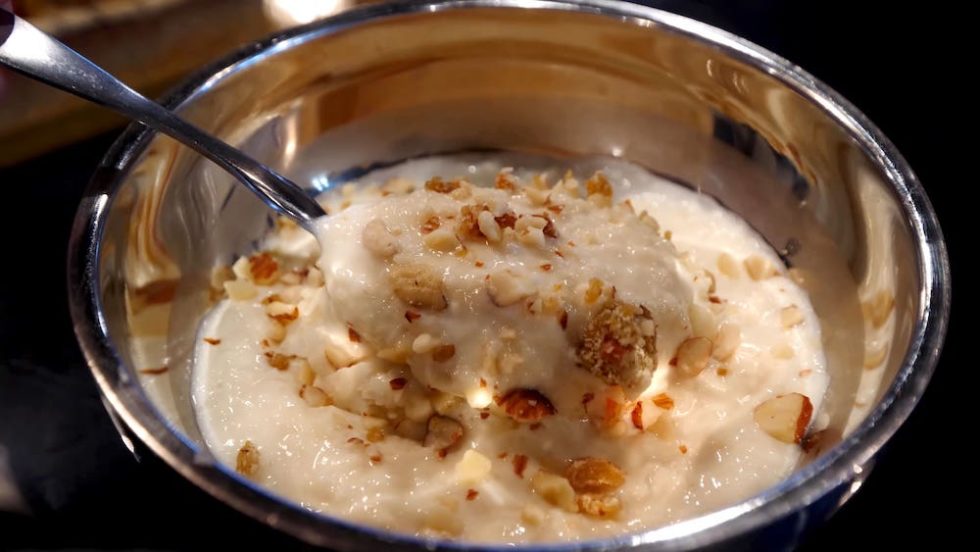 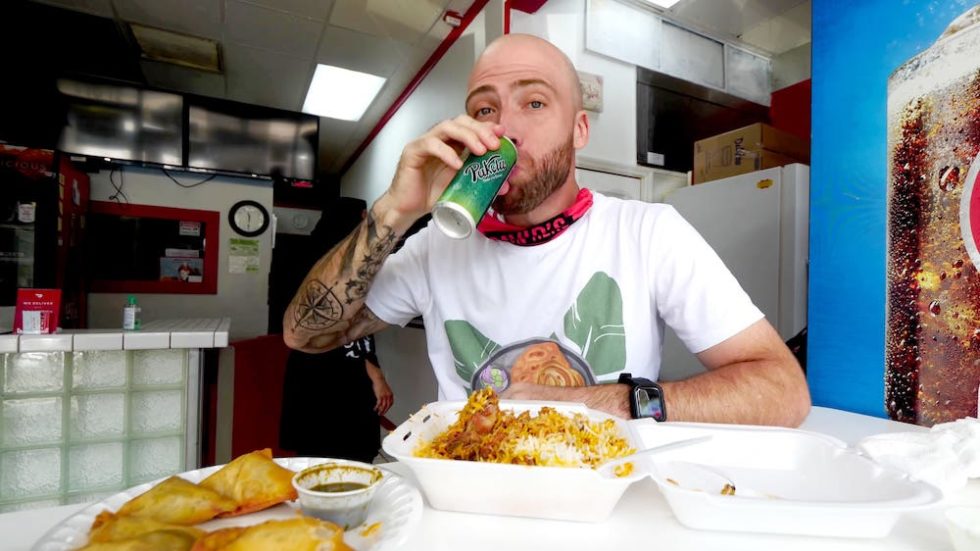 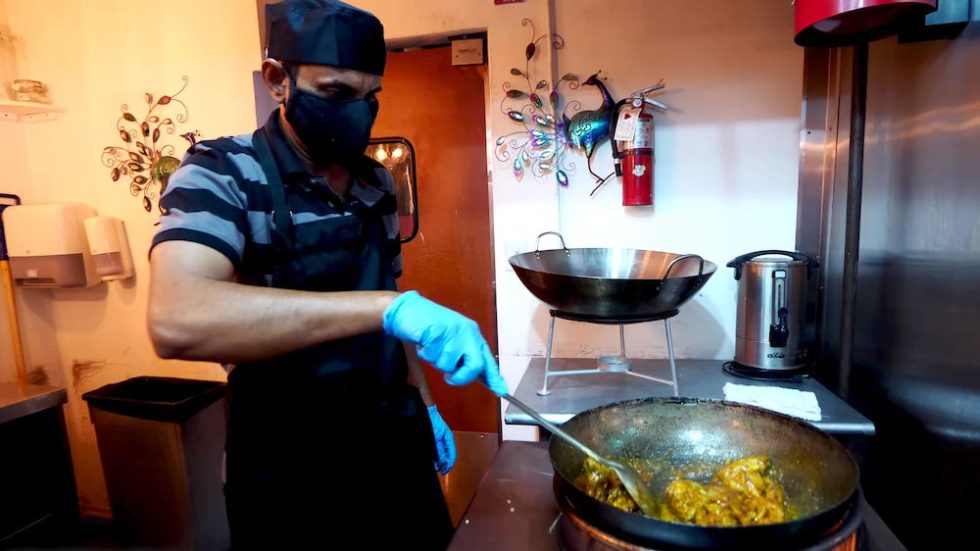 I packed everything to go and then headed to get some lunch. The next restaurant, Tarka Karahi & Kabab House, was only six minutes away. They sell authentic Pakistani cuisine. On the walls, they had images of sites around Pakistan, the Pakistani flag, and more!
[embedded content] 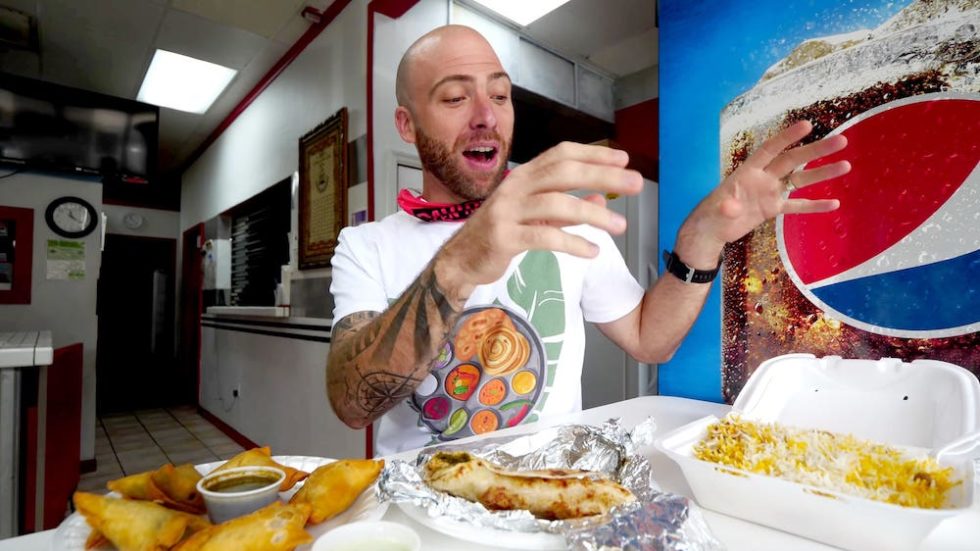 The naan and butter chicken was so different but still unreal! The flavors and textures of the beef kebabs, naan, and chutneys had my mouth watering. Next was a sweet and milky mango lassi, which they make in-house. 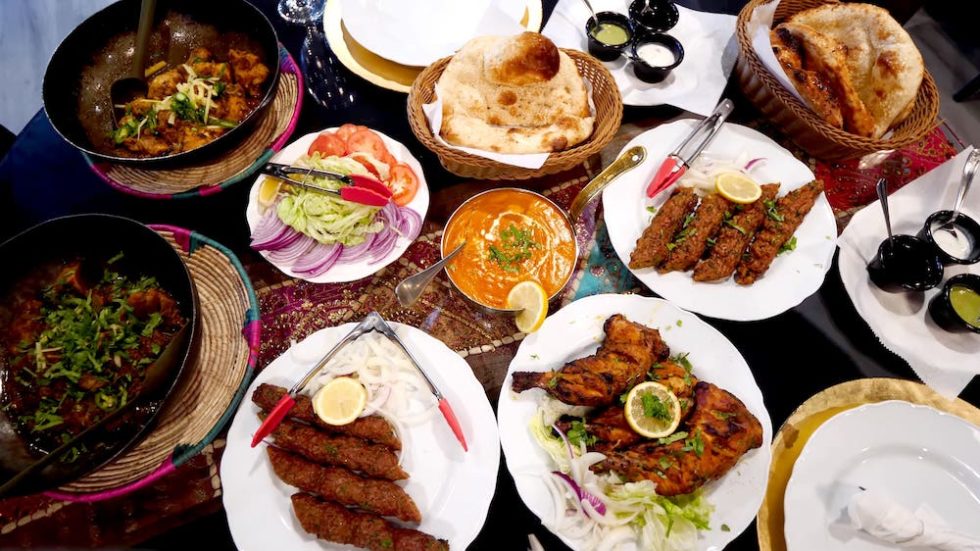 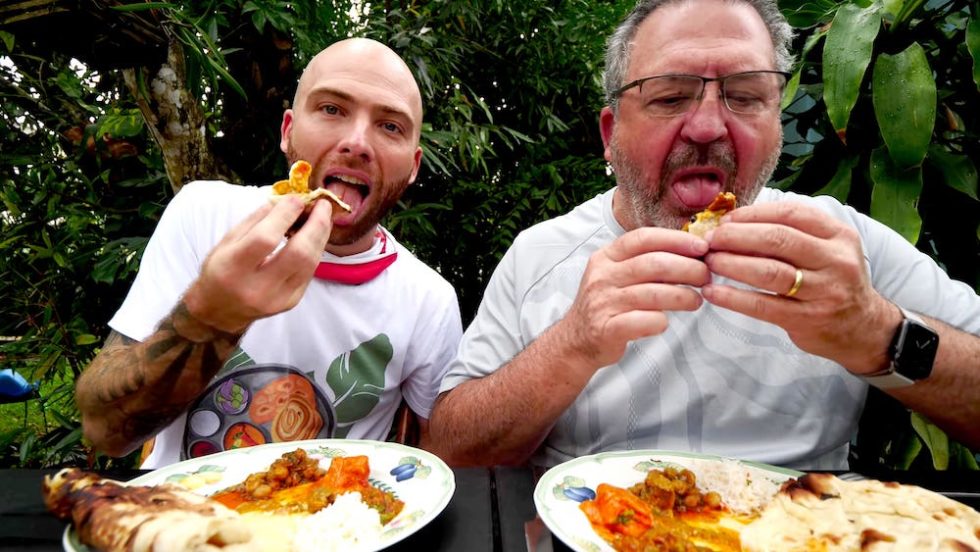 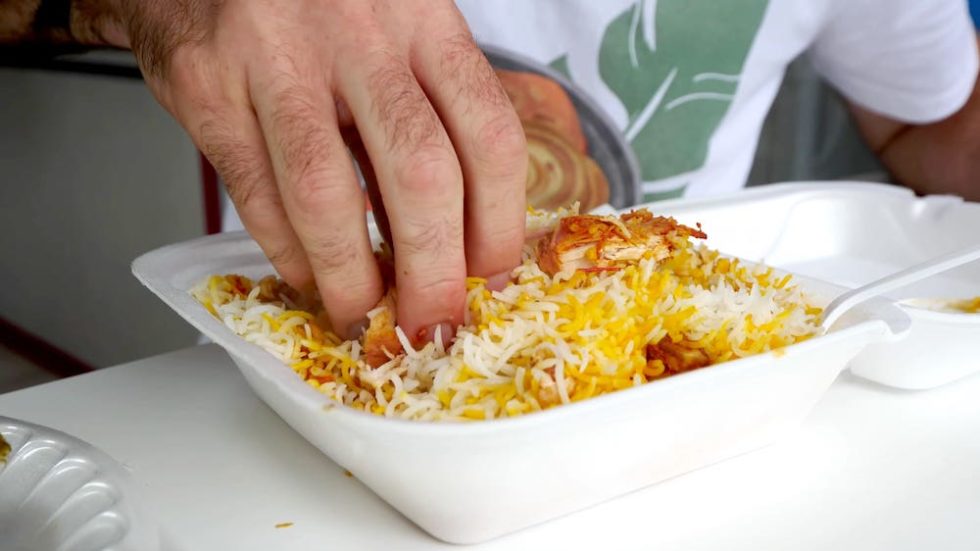 The chicken tandoori samosa was crispier and smoky. The spring onions inside were outstanding! I followed that with the chicken biryani and added some creamy raita. Then, I mixed it together with my hands.
I met Arun and Yash and headed into the kitchen, where they prepared several dishes including naan, biryani, butter chicken, eggplant, and lamb Madras, channa msala, gulab jamun. Then, I took it home to my dad!
I met with Salma and started with one of my favorites, pani puri! The puris contained some potatoes, mint chutney, and chickpeas. They were so crunchy and full of flavor.
I met Ismail, who took me to the kitchen, where they made me some mutton karahi, which contains about 15 spices, jalapenos, spring onions, and ghee! They also made me some chicken tikka, a chicken sikh kebab, sesame seed naan, kulcha, butter chicken, beef sikh kebab, and more!
We got a little bit of everything and dug in! The lamb Madras with naan was light on the spices and very creamy, while the eggplant was super tasty. The naan was fluffy and full of layers, and the channa masala was light with tons of chickpeas! What an incredible day of eating Indian food for 24 hours in Coral Springs, Florida!

Next was chicken with the naan, which was fresh and oily with a light gravy. The Pakistani cuisine was somewhat similar to Indian, but the flavors were different.  The mutton Lahore karahi was also outstanding. It was fatty, a little spicy, and full of flavor! It contained ginger, garlic, chilies, and more!
After packing up my lunch, I headed to Arun’s Indian Kichen to get some dinner to take back to my dad in Miami! 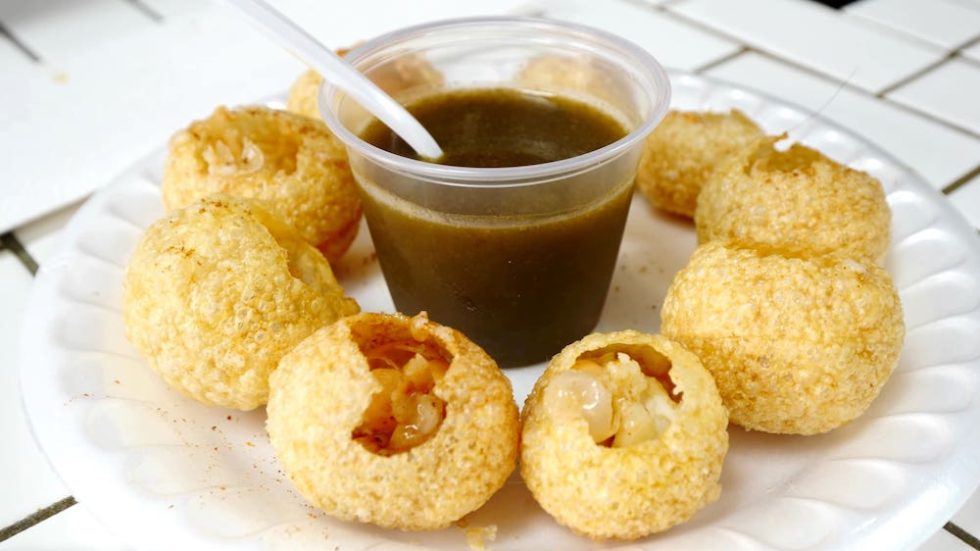