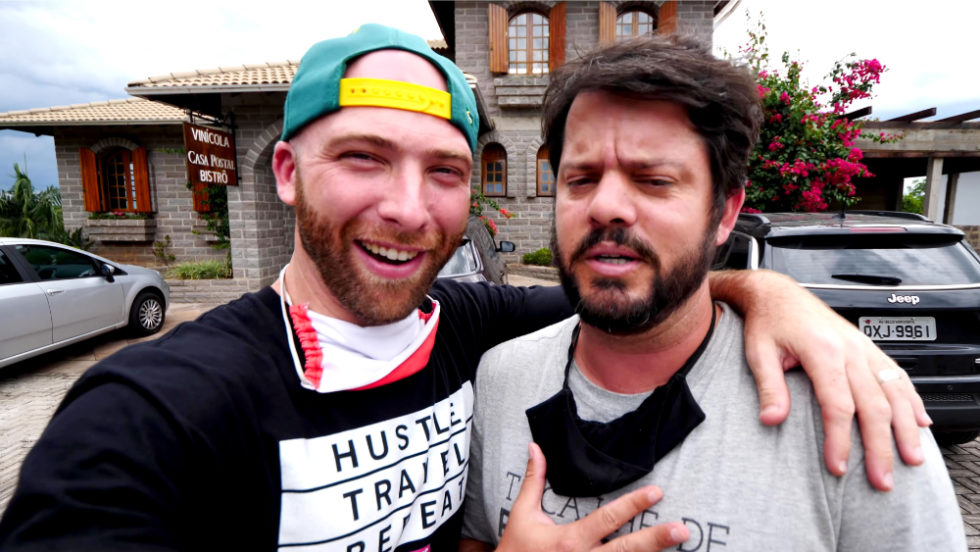 Massive thanks go out to Guilherme and Rafa for taking me on this rustic south Brazilian food tour of Vale dos Vinhedos, Brazil! I also have to thank my friends at the Intercity Cidade Baixa for hosting us during our time in Porto Alegre. It’s the best place to stay in the city!
Where have you been?
Next, we headed down to the cellar and passed lots of wines. Some of them have been there for 15 years! From there, we checked out what will be their hotel. They’re making four rooms and two family suites out of four giant barrels. It’s such an interesting concept! 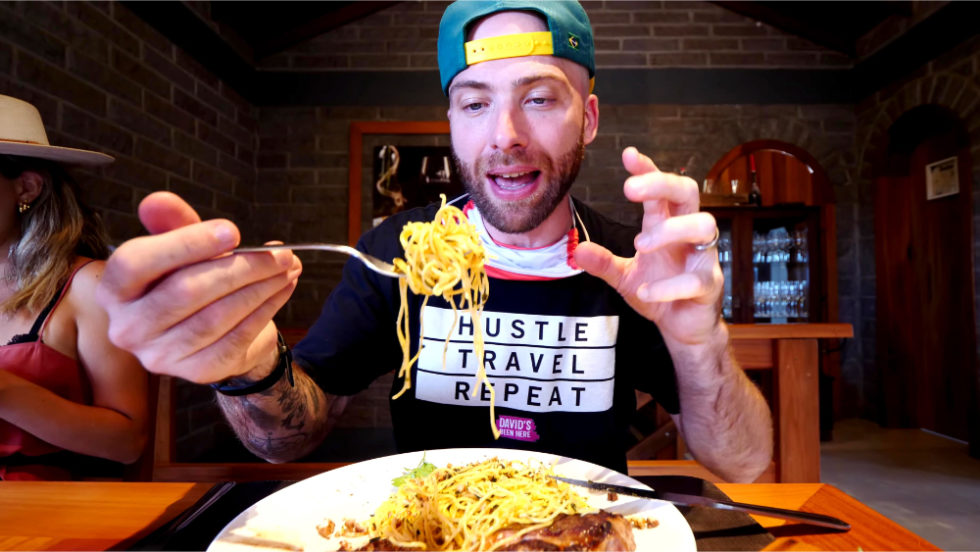 The lamb chops were fatty and juicy, and the risotto transported me back to Italy! It was so creamy. The beef chop was also super meaty and full of juicy fat. I also loved the oily spaghetti, which contained lots of herbs and a nice pesto. It was so unique and fresh, and the people there were so nice!
Even raining, it was so beautiful. We hopped back in the car and headed thirty minutes east to Caxias do Sul to have a monstrous sandwich! 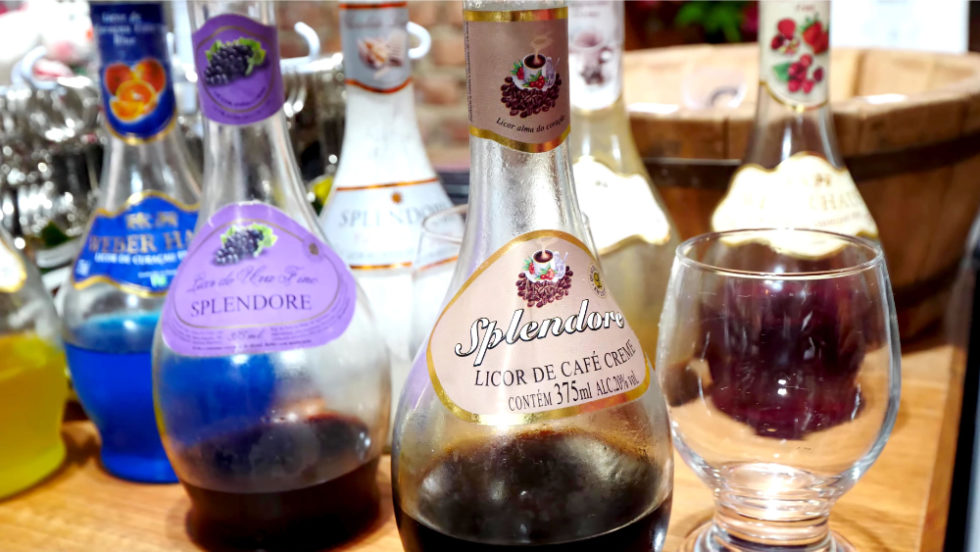 Then, I had a panetonne, which is an Italian sweet bread. This one was a cake that contained purple grapes. It was crunchy and fluffy and really tasty! The best grape cake of all time!
Back in the cellar, we visited the taproom, where we tried some sauvignon blanc. It was light and sweet! The cabernet sauvignon was great, and the cabernet franc and merlot 2018 blend had a very fruity and juicy flavor. I liked it a lot more than the 2019!
Caxias do Sul is a town that’s famous for its winemaking and Italian cultural history. There, we stopped at a diner-like restaurant called Lanches da Gringa, where they make cheese gaucho sandwiches. This time, I’d have one containing filet mignon! 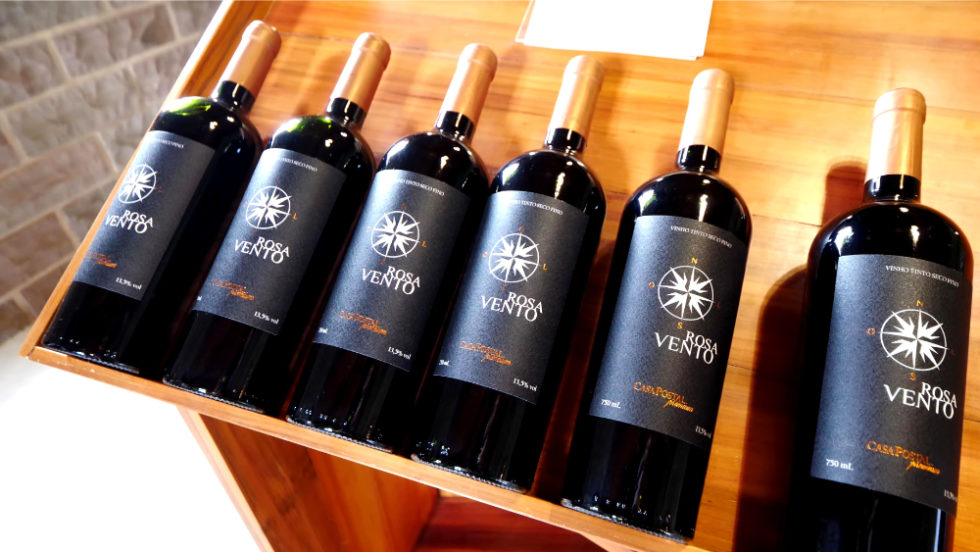 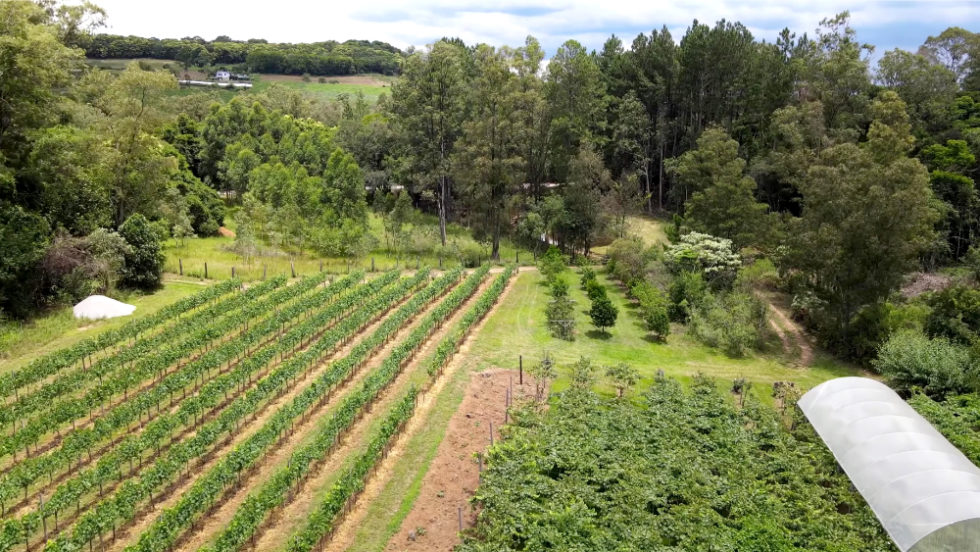 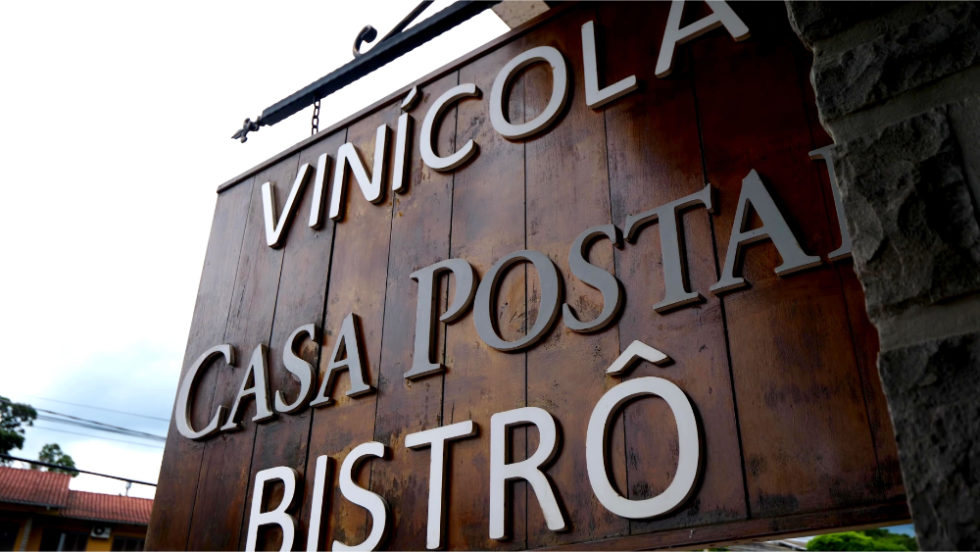 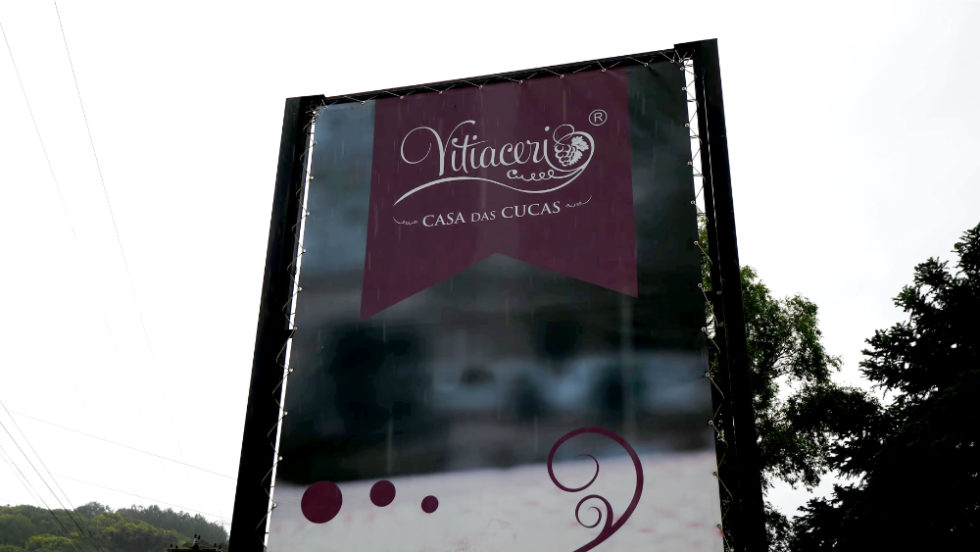 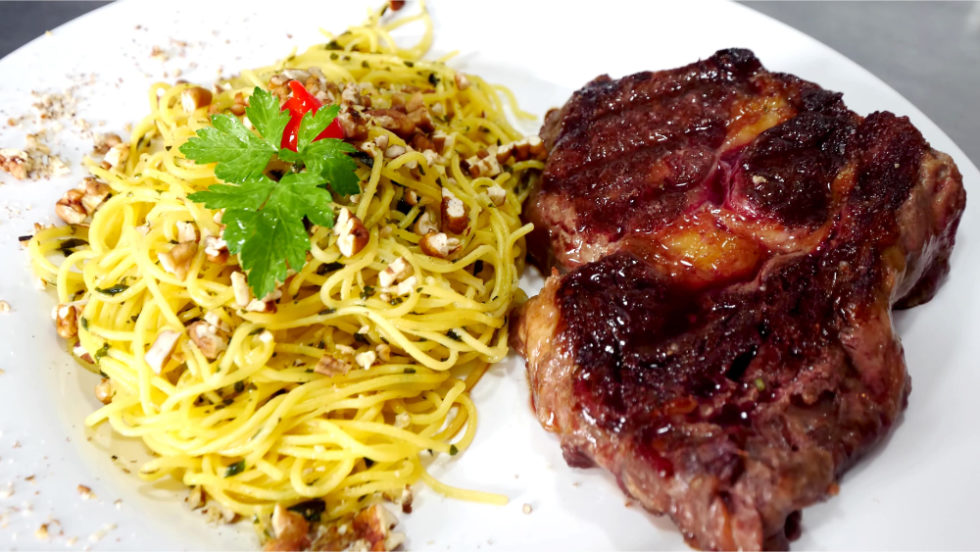 I hope you liked coming with me to get Brazilian food in Vale dos Vinhedos, Brazil! If you did, please give this video a thumbs up and leave a comment below. Also, please subscribe to my YouTube channel and click the notification bell so you don’t miss any of my travel/food adventures around the world!
I sampled some coffee liqueur, which was like a sweet port wine, as well as a cherry liqueur and an orange liqueur. The orange was too sugary!
This area was colonized by Italians back in the 1900s, so there are lots of Italian influences in the food and culture here. I heard they have lots of delicious foods like French rack of lamb and risotto there!
They even had some Brazilian-style pesto and some pasta! The food is also reasonably priced. It’s like slow food. It’s local and sustainable and fresh! 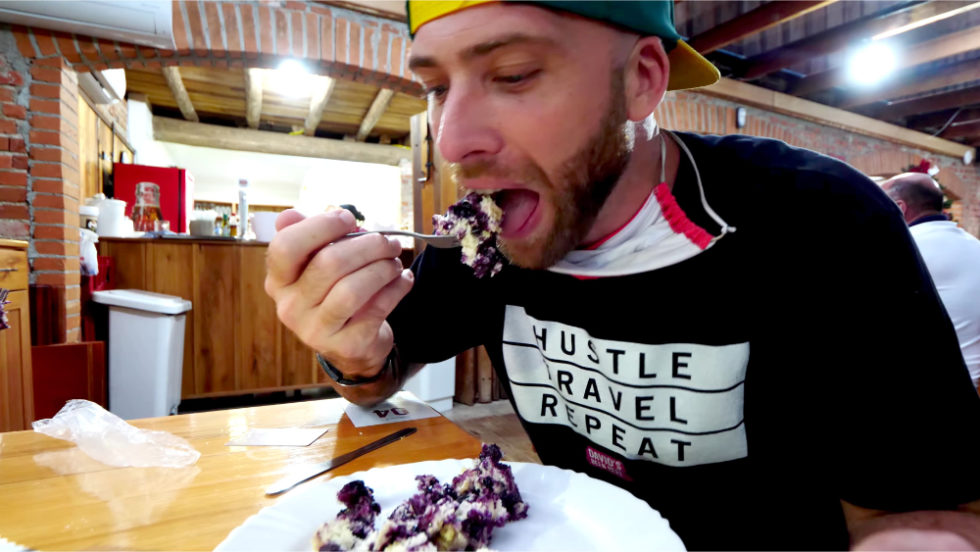 The food and wine tasting cost me R0 and I bought a bottle of Moscato for my dad. Then, we jumped in the car and drove about 30 minutes through the rain to our next spot, Vitiaceri Casa das Cucas. 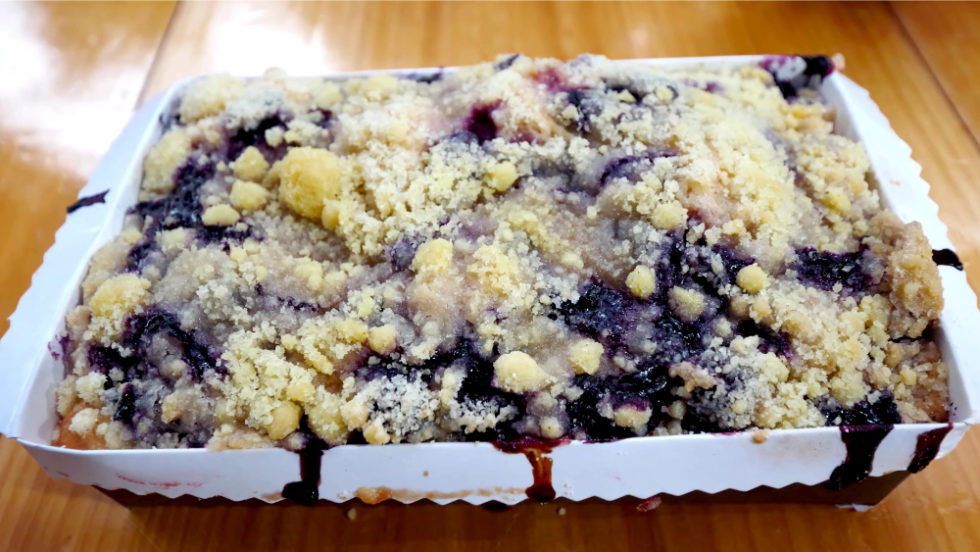 My epic road trip through Brazil continued with another adventure in the beautiful Brazilian wine country! Come with me as I try rustic south Brazilian food like lamb, cuca bread, and a gaucho sandwich in Vale dos Vinhedos, Brazil!
I started with beef chop with spaghetti; lamb chops with risotto; salmon with risotto; and some dense bread with a creamy dipping sauce. I also enjoyed some light, fruity sparkling wine that reminded me of prosecco. 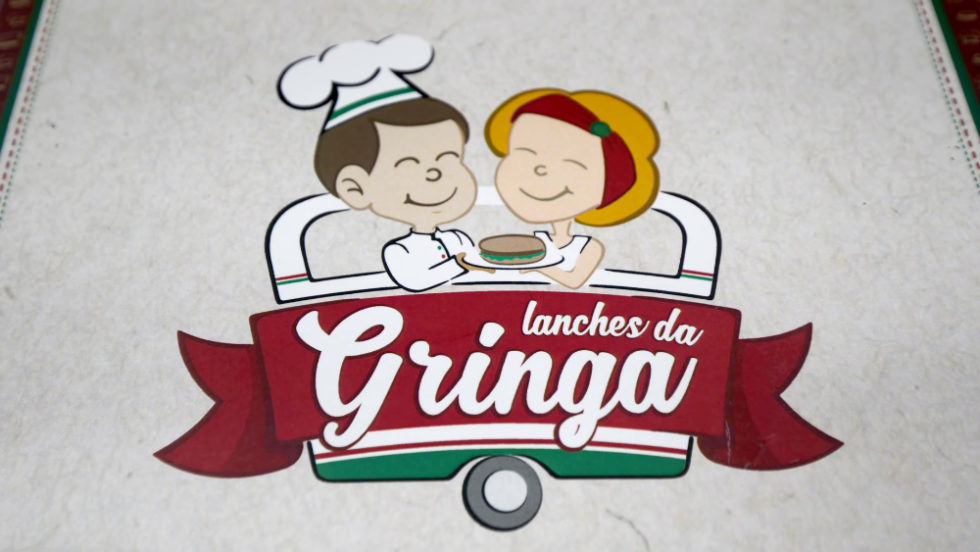 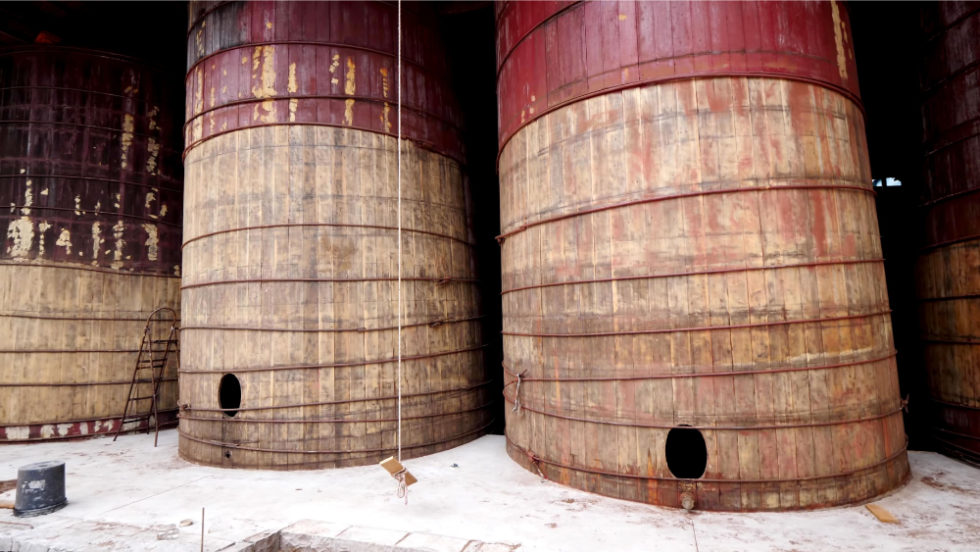 Next was a dry chardonnay and a sweeter champagne, followed by a crystal clear and sweet sparkling wine. The merlot was full of flavor, but the sweet wine was my favorite!
After lunch, we headed down to their winery in the basement. They produce about 16,000 bottles per year. I tried their 2019 merlot cabernet franc straight from the tank. It was young and fruity and smelled amazing! 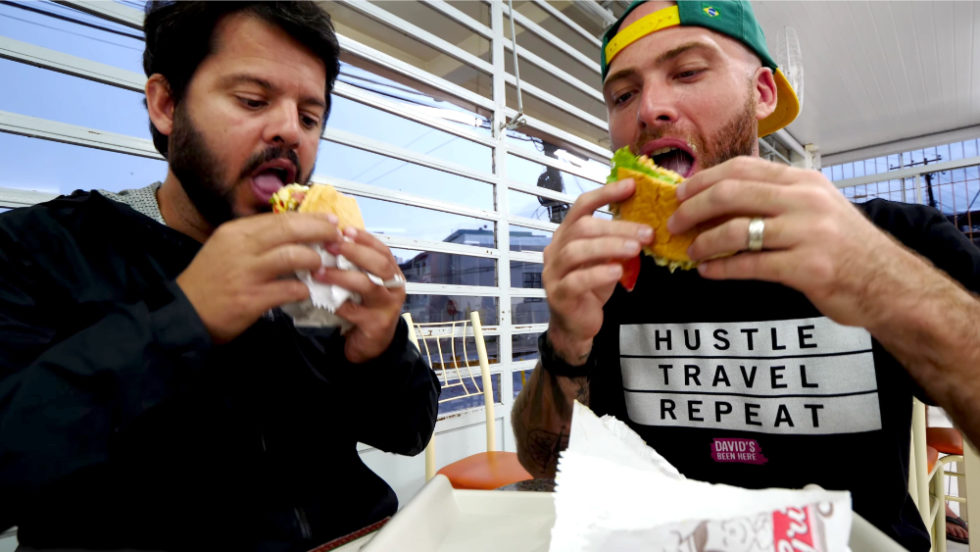 My adventure began in Bento Gonçalves, one of the towns in Vale dos Vinhedos, the top wine-producing region in southern Brazil. My friends Guilherme and Rafa from Rio4Fun and Rio4Food kicked off our tour with lunch at Vinícola Casa Posta Bistrô, a highly-recommended local restaurant! They also produce their own wine!

Check out my VIDEO: Brazilian Seafood Paradise in the Oyster Capital of Brazil!! Oysters in Florianopolis, Brazil 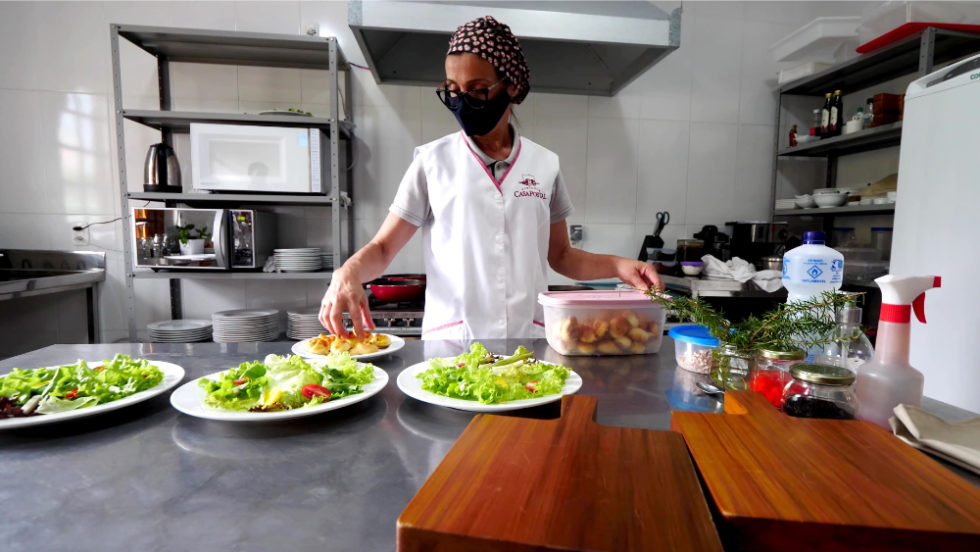 Right inside the door is their shop, where they sell tons of wines, including sauvignon blanc, cabernet sauvignon, merlot, and more. Then, we went in the back to get some food! I watched them prepare some salads with local cheese, lamb chops, salmon, cheesy risotto, and pao de queijo in the kitchen. The cheese was like a delicious Swiss cheese! 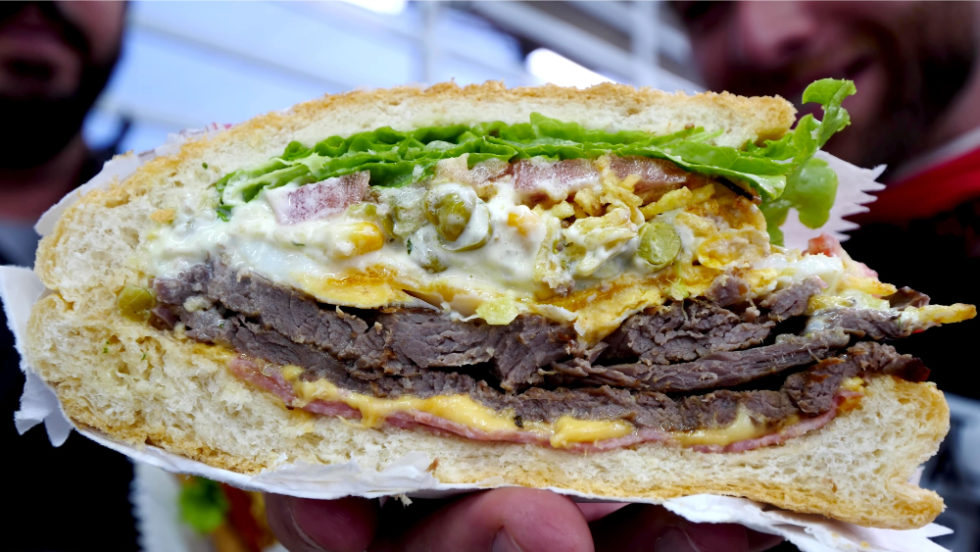 It’s a shop that sells lots of cakes, baked pastries with berries, and lots of wine and cachaça. They also have grape juice and jams!
It also contained lettuce, tomatoes, carrots, corn, green beans, and more. It’s like a full meal! The filet mignon was very different from the chicken hearts and made it feel more like a steak burger. What a day!
[embedded content]