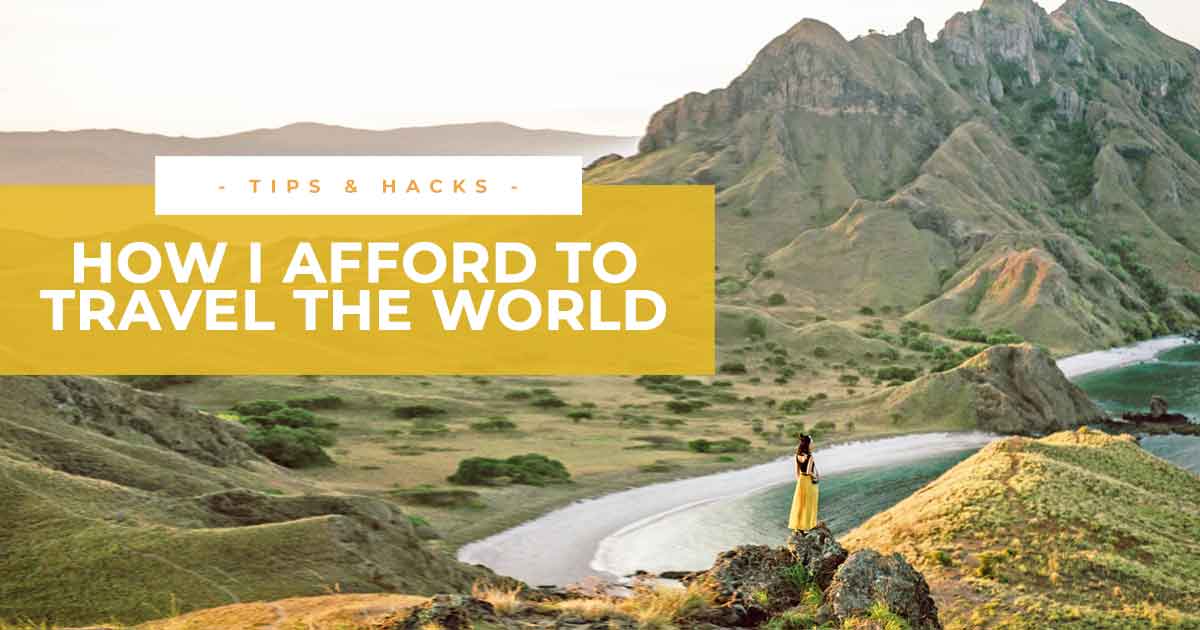 Later on, it was only when I scored a stable online employer — who was willing to employ me for an indefinite amount of time and who paid more than double of what I was earning — that I handed in my resignation because by then, I was secured of the fact that I will have a steady stream of cashflow after I quit. (See how the online realm can pay more for as long as you have the skills and that you can ‘deliver’?).

Months before I left the company though, I did all the necessary steps to prepare myself for the digital nomad life. I looked for online jobs WHILE I was still working in the office (so I was practically doing 2 jobs at once) as I did graphic design, web design, SEO, and marketing — skills that were all self-learned. I didn’t learn these in school anyway because I held a business degree and graphic design in particular used to be just a fun hobby that I did.
While I was working for that Swedish brand, I was also still working on other projects on the side so that I can further earn and save money. That was my daily grind and it was vicious; nevertheless, it was something that I loved doing and which I was passionate about. (If you want to see samples of my past work, you can go to my portfolio page).

APRIL 2013: This was the month that I quit my job in the investment bank that I previously worked for. My total life savings at that time was probably just around 0 or Php 30K… which was pathetic since I have been working for them for over 2 years.

This fact really aggravated me because no matter how I was leading a frugal life, I can’t seem to save more! (I was paid only 0 or Php 15K a month anyway, so that was expected.) When I talked to them about quitting, my job tried to make me stay by offering a promotion with an increased final salary of 0+ or Php 20K and I almost scoffed when they told me that…
For all the contributions that I was putting for the team (even being awarded as the ‘Employee of the Month’ for my accomplishments), I still remained to be the most underpaid employee in our department — just because I was a fresh graduate. That kind of system was frustrating, so… I quit.
I told myself: “ENOUGH.” I believed that my time and effort could be better rewarded someplace else; and such was true.
TRIVIA: As you may know, I quit my job at the age of 21. Some people said that I didn’t have enough office experience to just suddenly declare that the corporate life didn’t fit me… but that’s only because they assumed that I only started working at 21.
.
Like I’ve mentioned, I’ve already worked for the investment bank for 2 years and I even had a previous 1 year experience (I finished my 4-year business degree in university at the age of 19 and that course enabled me to go through 3 different internships in 3 different multinational companies for a year). At the same year that I graduated — still at the age of 19 — I snagged the job at the aforementioned investment bank. As you may have noticed, even with my experience and credentials, the Philippine job market was really tough: I was paid very low even for a fresh graduate.
In my opinion, this is an ideal profession to do when traveling around the world because the internet provides MILLIONS of possibilities for earning while giving anyone the ability to work whenever and wherever they want.
Now, ‘working online’ can be such a vague statement, so to be more precise about what I did…
– – –
Photo by: Shutterstock
That being said, it follows that I worked as a digital nomad when I quit my job in 2013 (also because the skills I had were a perfect fit for it). Besides, it was through my online work that I was truly able to compete with my global peers and avoid being paid a “developing-world salary” (e.g. my first online job paid me double than what I was earning in my office work; a number that I wouldn’t have earned even if I were to be promoted twice).
That employer was a Swedish online brand and I first started as their Customer Service Staff. After a while, I advanced to being their Product Line Supervisor and eventually their Head Marketing and Social Media Manager (my pay increased after every ‘promotion’ that took about only 2 months each).
How I Afford to Travel the World