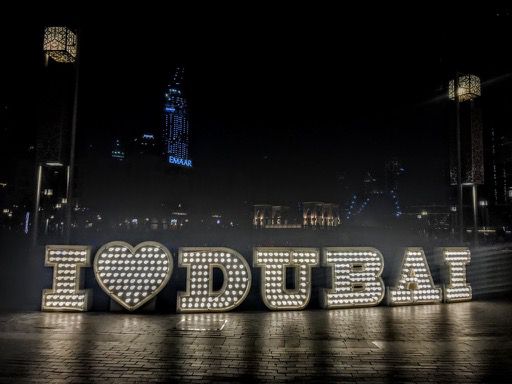 Dubai has the usual range of don’ts – like don’t kill anyone – but I suspect that’s not at the top of your Dubai itinerary. Is it?

However, the hard data on Dubai crime stats backs me up.

What might get you into hot water is the many extra rules that are different to what you’re used to at home. Here are some of the rules that stood out for me. Check your Government website for a full list before you travel. Here’s the advice from the UK. I’ve covered alcohol separately below. Because alcohol always deserves a special mention.
In fact, I felt safe 99.9% of the time in Dubai, including at night.
And then you were possibly confronted with horror stories of tourists being locked up for eternity because of what seems like a minor infraction – breaking of rules that aren’t serious rules back home (swearing…holding hands). It’s enough to make you cancel your plans before you’ve even made them.
A common misconception exists when it comes to taking duty free into Dubai. Technically, you’re allowed to carry up to 4 litres into the country. However, note the rule that you need a license to drink your own booze. While you might get away with a sneaky vodka in your room, I personally wouldn’t risk it. You can read more here.
As for that 0.001% when I did feel unsafe – I was in a taxi when another driver decided to engage in some road range. His car and aggressive driving style suggested he fell a bit short in the trouser department, which is presumably why he felt the need to swerve his car towards the taxi, threatening to to ram us. Instinctively, I pulled my pointy finger out and mouthed (though didn’t actually utter) a bunch of expletives, and off he sped. I needed my Friday brunch bottomless Champers after that.

If you want to get more of a sense of how Dubai feels in terms of safety, check out Numbeo.
Dubai is very spread out so mostly I used taxis to get around. Maybe I’m getting old (no comments, please), but I didn’t get hassled by the local men at all.
Highlights include the views from the top of the world’s tallest building the Burj Khalifa, a kick-ass brunch (yes, with unlimited booze), a day trip to Abu Dhabi to ride the world’s fastest roller coaster, a camel safari in the desert, and sunset views of the Burj Al Arab (the famous building that looks like a sail).
Keep those highlights in mind and don’t let the rest of this post freak you out. I enjoyed Dubai enough that I fully intend to go back.
All of the above is anecdotal – my individual experience on a specific trip.
The other things to be careful of is being drunk in public. That’s illegal. Straight back to your hotel after your Friday brunch, then.

You will see there are also advisories (on the USA website) about being careful as a woman in Dubai. Personally, this advice – look after your drink, don’t go down a dark alley with a strange man – also applies the whole world over, since some men are incapable of stopping themselves from raping women. Obviously, this is our responsibility to prevent (eye roll doesn’t even cover it). What is true: you know all of this stuff already and it doesn’t just apply to Dubai.
But I was very fortunate in two ways – my friend showed me the local side of the city, and my innate curiosity took to corners your average tourist might not explore. If you experience the city on a whirlwind one or two day trip, hitting only the highlights, you may well leave Dubai thinking it is devoid of soul. Explore more deeply and you’ll come to see that Dubai is a fun city with plenty to see (I stayed six nights and still wasn’t done).
As women, you have to cover your head and body to enter a Mosque. I’ve visited more than one Mosque on my travels and as a tourist I’ve always been supplied with the appropriate covering. But this time I was caught out. Despite reading every last word on the booking confirmation (the inner lawyer refuses to leave), there was no mention of the fact that the abaya (dress) and hijab (scarf) were NOT available to borrow/rent on the tour. This leaves visitors with two choices: buy an abaya (hijab included in your purchase) from the Mosque ‘store’ or make sure you’re sufficiently covered in your own clothes.
What is often overlooked in Dubai – and the real thing that can get you into trouble – is not knowing and not complying with the local rules, laws and customs of Dubai. This topic I also researched extensively before visited Dubai and I have added to it having experienced the country.
The answer, again backed up by data – you’re honestly far safer in Dubai than you’re likely to be in your home country.

What types of crimes are a risk in Dubai?

As suspected based on my own experience, Dubai has very low crime rates. Check the Dubai police website here, with a breakdown of the major crime types and the very low numbers going back over 7 years.
Wikipedia also has a good summary and concludes that overall crime in the UAE is low.
It pains me to say this but as a man you can wear what you damn well like and, in fact, you’ve probably not even given this topic a thought. As a woman, I was pretty nervous about getting my attire right (a.k.a. not getting arrested for indecency). The good news is that pretty much anything goes in Dubai. I saw girls in bottom skimming shorts, cleavage uncovered. I saw short dresses, off the shoulder tops, mid-riffs – the whole gamut. The question then becomes one of what you’re comfortable with. After all, you are visiting a country where the local ladies cover.
You might have seen some headlines in recent years about people being arrested for travelling into Dubai with pain killers. While those headlines are typically following extreme cases (someone travelling with a 6-month supply that could look like professional supply), you do need to be careful. Although you’ll be fine with things like paracetamol, many drugs you might consider ‘normal’ are ‘controlled’ in Dubai. My sinus spray which gets me through long-haul flights is on the banned list. You can read more about the rules here. And you can see a full list of banned medicines here.

Is Dubai safe for Americans?

Yes, if you read the UK and USA Government travel websites, there are advisories for terrorist attacks in Dubai. However, you will see the same advisories for London, Paris, New York…it’s become the world we live in. 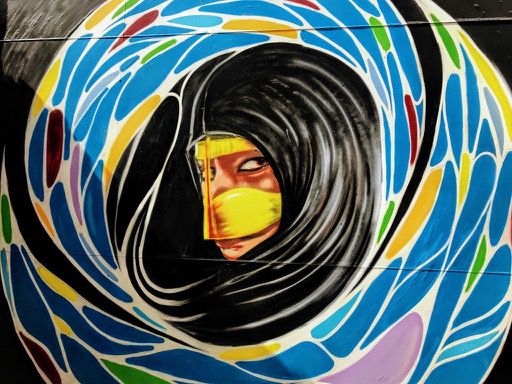 Although the official drinking age is 18, most licensed premises are only allowed to serve alcohol to those aged 21 or over.

What should you wear in Dubai?

I admit I was nervous about beach attire in Dubai. In a country where the local ladies and gents hit the beach in their full head to toe cover, I was deeply conscious of not to offending anyone. And I didn’t want to get arrested. Obviously.
Is Dubai safe is an often asked question and, in hindsight and having visited Dubai, I’m not entirely sure why. I’m typically a solo female traveler and have visited many countries on my own, often those that make it onto people’s ‘danger’ list – I’ve spent a lot of time in Latin America alone and have visited places like India, South Africa, Detroit, Naples (Italy), Jamaica and Mexico all on my own. And, there have been moments in some of those countries where I’ve looked over my shoulder with fear in my heart.

What should you wear at the beach in Dubai? 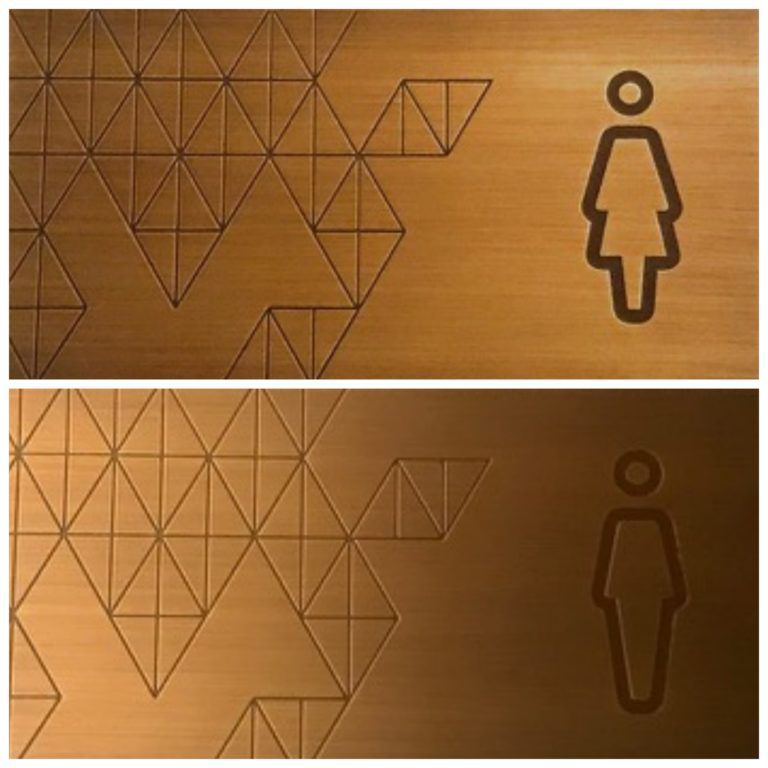 You’re probably here because you’re considering a trip to Dubai and, like me, one of the first things you googled was is Dubai safe?

What’s are the laws in Dubai?

Not in Dubai.
Drugs is another issue, but as my nan would have said – play with fire and you can expect to get burnt. Just don’t go trying to buy (or sell!) drugs in Dubai and you’ll be fine.

Is it legal to drink alcohol in Dubai?

So, that’s my Dubai travel guide to safety, local laws and customs. Got any questions or local tips, let me know in the comments below.
This all shaved a good 20 minutes of my Mosque time, which was frustrating because the Mosque was stunning. It also left a bitter taste in my mouth because, well, female oppression and all that; something that was even harder to swallow given the myriad western men, traipsing round in their Man U football kits.
I urge you to pause. I had the same concerns. I did my research. I went to Dubai and Abu Dhabi and had one of the best trips of my life.

Can I take duty free alcohol into Dubai?

The UK Government and USA Government websites also indicate there is no significant safety risk when visiting Dubai.

What medicines are banned in Dubai?

Customs and Safety in Abu Dhabi

What to wear to the Grand Mosque in Abu Dhabi

The answer is both yes and no. As a non-muslim, you’re allowed to drink alcohol in ‘licensed premises’. Typically, that means hotel bars and clubs. Most (all?) restaurants outside hotels don’t serve alcohol. And it’s illegal to drink outside licensed premises (think: apartment rentals) unless you have your own personal license. You’re not going to find supermarkets or liquor stores selling cheap (or any) booze for you to drink in your hotel room.
Turns out that Dubai beach wear is just the same as most countries – swimsuits or bikinis are commonly seen and accepted. This includes on the public beaches. Just don’t go topless, and do put your clothes back on when you leave the sand.
I will get into the full list of safety in Dubai and what you legally can and can’t do (especially as a woman) but first I just wanted to do a bit of horn tooting on Dubai’s behalf. I expected a bland nothingness from this pop-up city in the sand; a culture-less pit of people all striving to achieve an end (money) through whatever selfish means. And don’t get me wrong, Dubai has that. In spades.
Sure, there are crimes in Dubai, as there are anywhere but most of these are relevant only to people who live in Dubai – the highest crime rates are burglaries and auto theft (on that topic, I can see the temptation with so many high end sports cars tearing around).