We decided to sit on the curb to eat it. Mine was topped with spring onions, peas, diced onions, green peppers, tomatoes, guacamole, mustard, cheese, and ketchup. The sauce was amazing, and it was a German-style chicken sausage. It was a little spicy, too!
Next, we drove to a posh neighborhood called Moinhos de Vento for a nightcap! Moinhos de Vento is one of the most privileged areas of the city and is full of greenery, shops, restaurants, and bars. It’s a really nice area and feels very European. It’s also very walkable!
Then, we drove through the city on our way to get a hot dog. The temperature had been super hot during the day, but since it was later in the day, it was about ten degrees cooler. 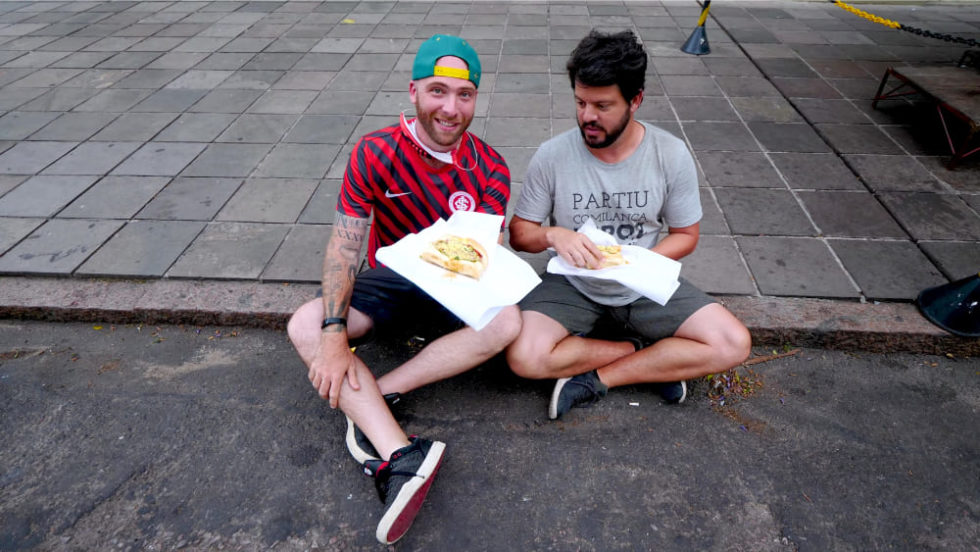 My afternoon began at Lanches Nova Bréscia, one of the best spots in town to have a cheese gaucho sandwich. It’s like a massive hamburger that can come with lots of different types of meat filling including beef and chicken hearts. I’d be getting chicken hearts, eggs, lettuce, tomatoes, mayo, and cheese! 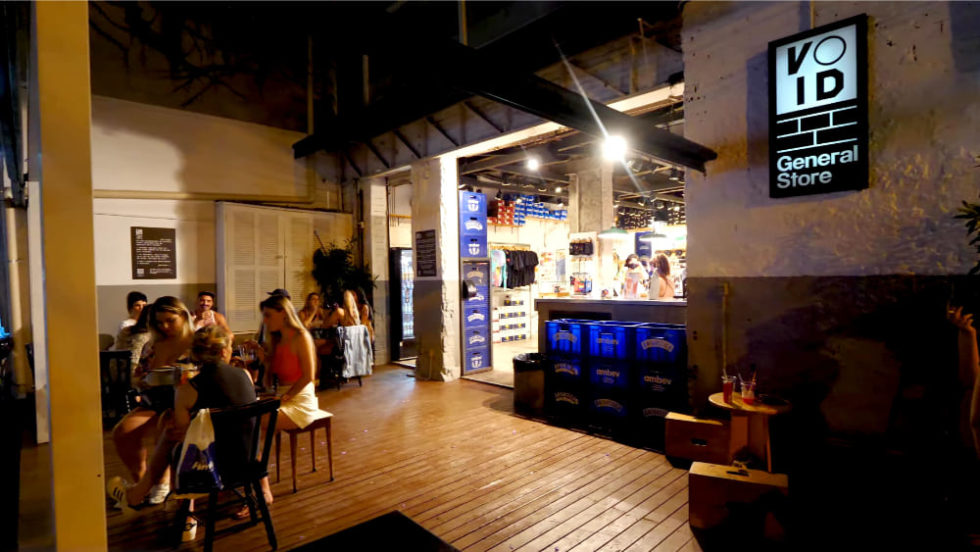 Then, I met the family that runs the place. The mother-son duo there is the best! They gave it to me for free and were so kind.
I tried it with some ketchup, followed by some mayo, but eating it straight is better. What a delicious cheese gaucho! I couldn’t get over the creaminess and the contrasting textures. You must try this sandwich when you come to Porto Alegre! It’s very messy but so good! 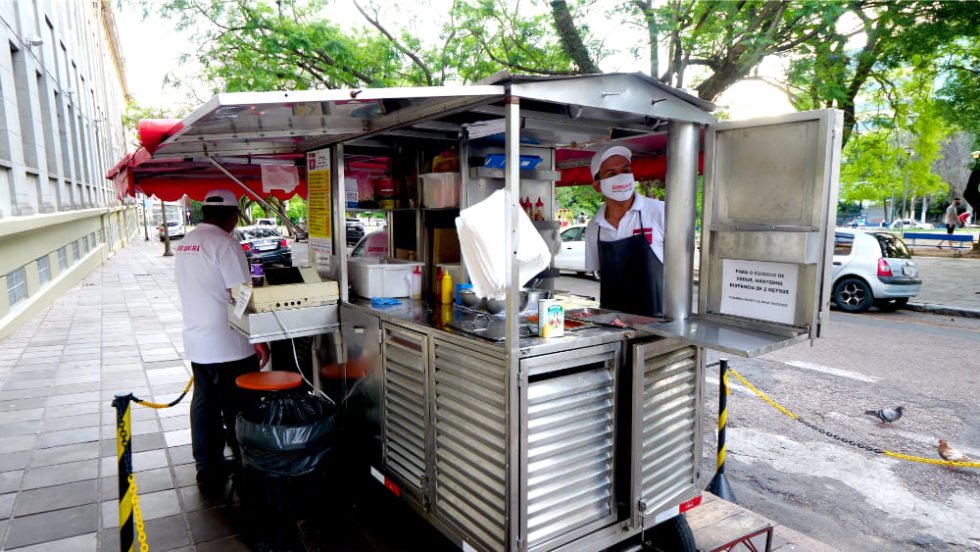 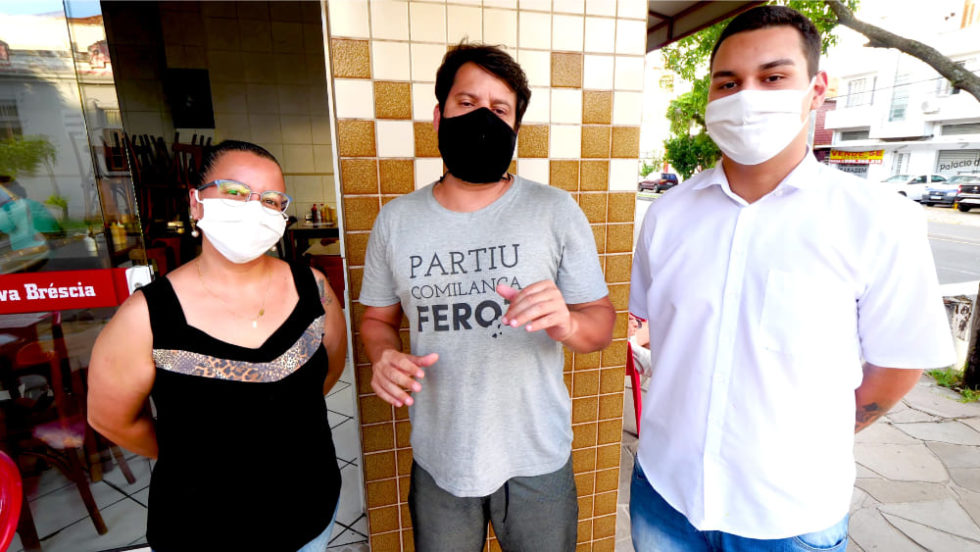 Next, we arrived at Cachorro Quente Do R, a 58-year-old hot dog stand in town. They have hot dogs and sausages, as well as peas, tomato sauce, mustard, parsley, cheese, and more as toppings.
I hope you liked coming with me on my south Brazilian street food tour of Porto Alegre, Brazil! If you did, please give this video a thumbs up and leave a comment below. Also, please subscribe to my YouTube channel and click the notification bell so you don’t miss any of my travel/food adventures around the world! 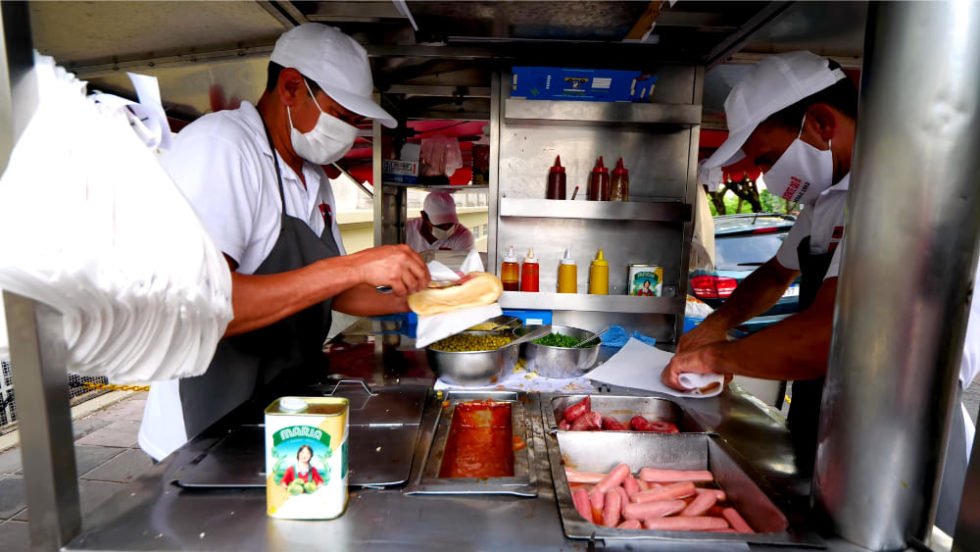 [embedded content]
We got out and walked past lots of upscale bars. They were packed since it was a Saturday night. At Void General Store, they had a terrace filled with young people. It was more of a hipster place and sells lots of craft beer and cachaça! 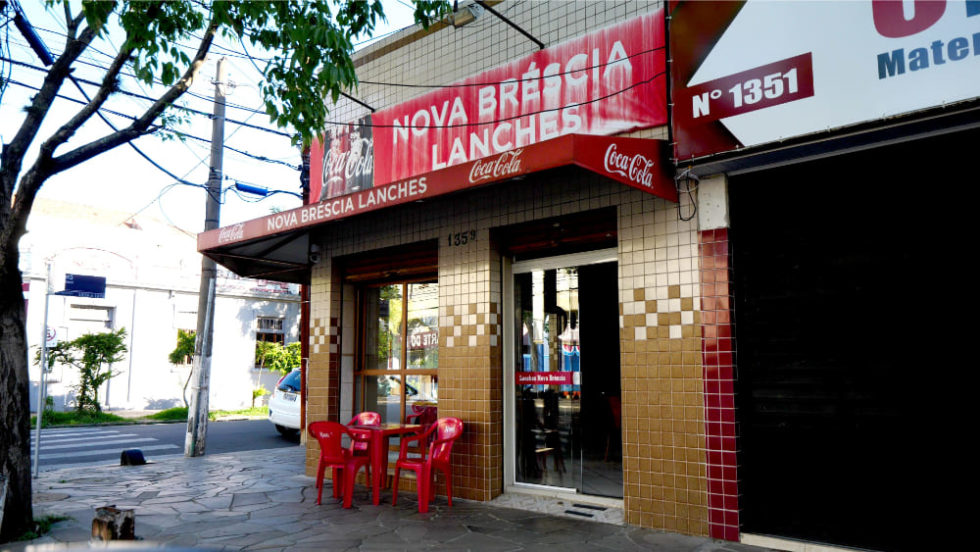 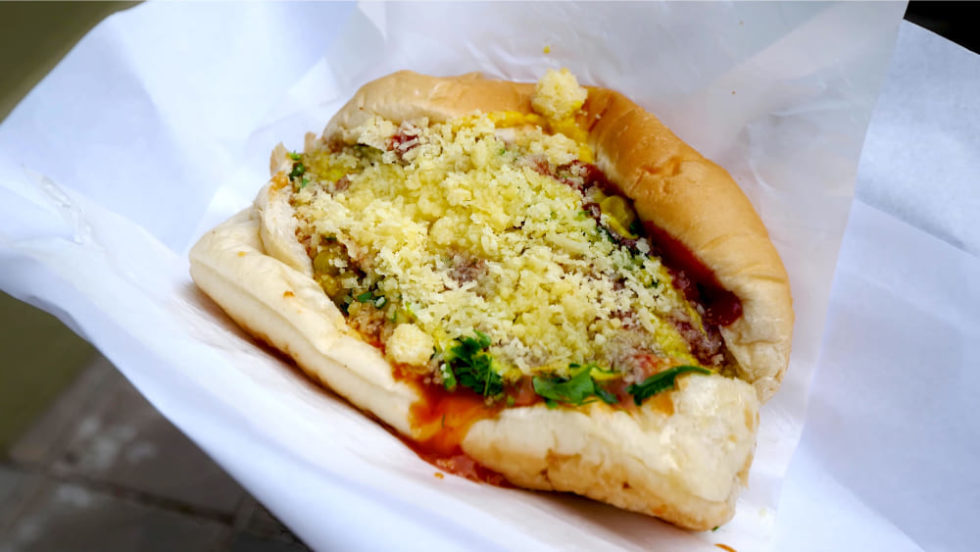 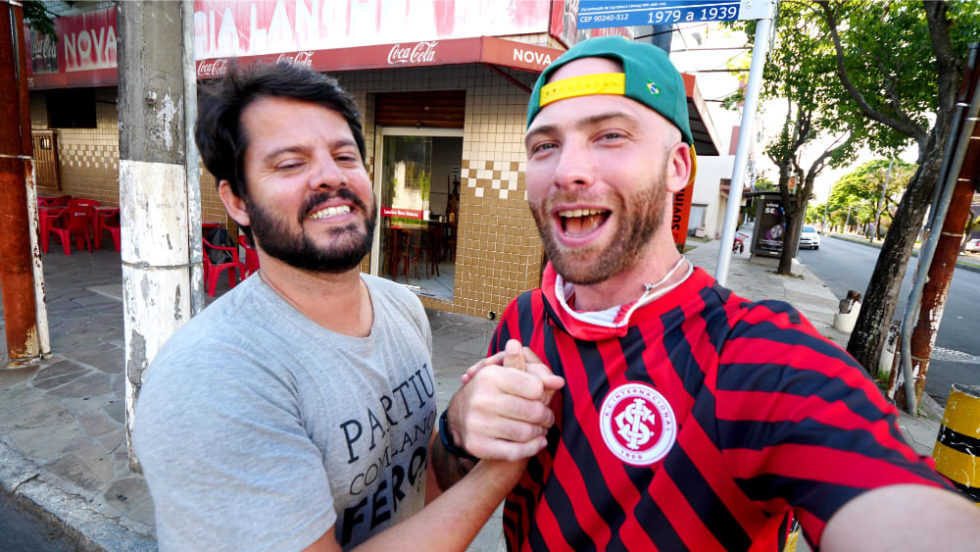 My adventures in southern Brazil continued in the city of Porto Alegre, where I went all-out on an epic food tour! Join me as I try tons of authentic south Brazilian street food, including a huge gaucho sandwich and a hot dog in Porto Alegre, Brazil! 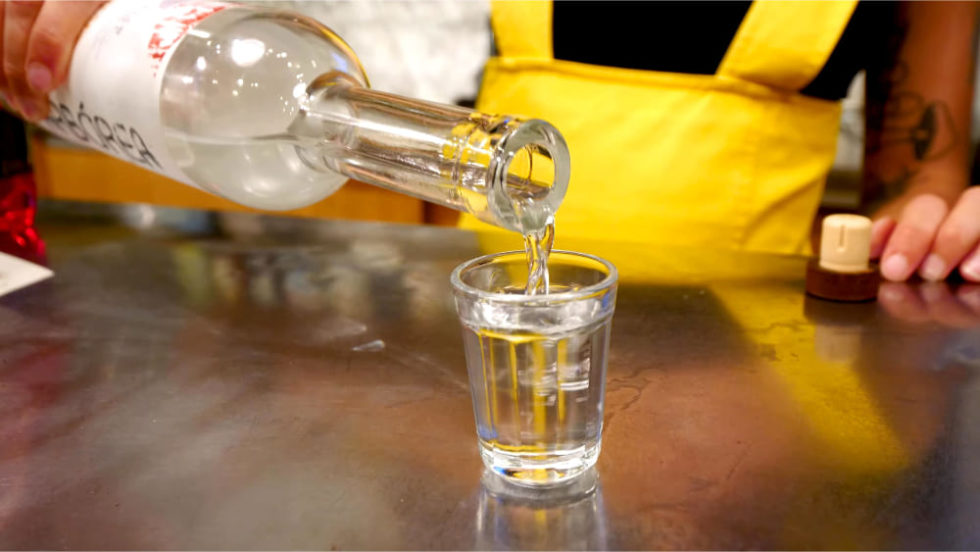 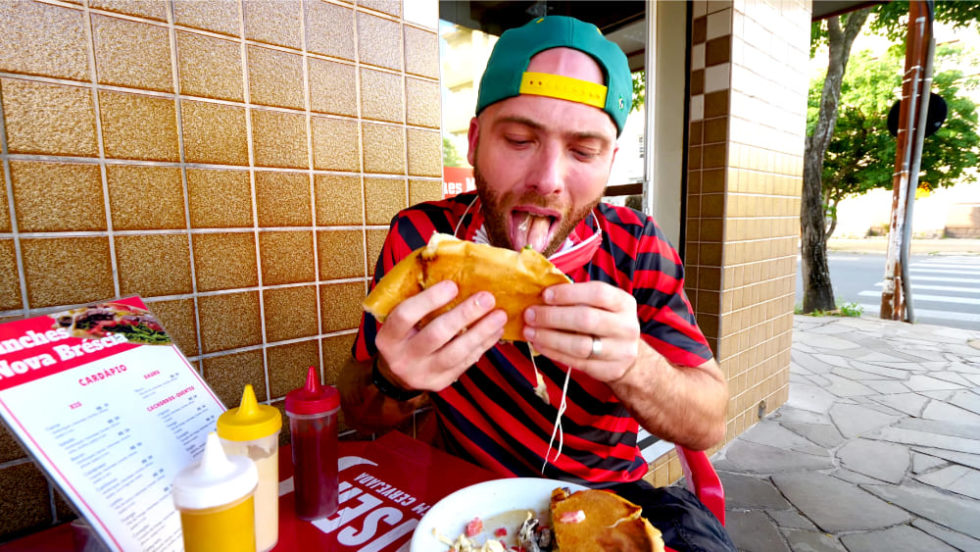 What an unbelievable south Brazilian street food tour of Porto Alegre, Brazil! Huge thanks to my friends Guilherme and Rafa from Rio4Fun and Rio4Food for this incredible experience. I also have to give a huge shoutout to the Intercity Cidade Baixa for hosting us during our time in the city!
It was very different from the other hot dogs I’d eaten in the other cities. This one was my second-favorite of the trip after the one I’d had in Florianopolis. It was tasty and filling! It cost R.50, or about .50 USD, but they didn’t charge us. Everyone on this food tour was so friendly! What a deal!

They grill the sandwich on a big griddle so that it winds up golden brown and crispy with lots of melted cheese oozing throughout. It’s a monster sandwich! The mayo looked so good and the bread was still nice and fluffy.
Where have you been?
The yellow cachaca makes your tongue tingle! The next one had my tongue on fire! It was like a crazy numbing sensation. I’d never had anything like it! Then, I tried another that was smoother and easier to get down. The numbing sensation was like what happens after you eat a Szechwan pepper!
The chicken hearts were so good! They have a taste that’s somewhat similar to liver, but a little different as well. It cost R and is so filling. It was falling apart on me but it was so good! I loved the juicy tomatoes in it. It was even better than a cheeseburger!