Pani puri, also known as golgappa, puchka, and fushka depending on where you go, is one of my all-time favorite Indian street foods. It’s street food staple that consists of a crispy, leavened, hollow dough ball called a puri. It’s then filled with a potato-and-vegetable mixture and a minty, spiced water called pani!
Doing this epic, unlimited pani puri challenge with Chad and Joy was so much fun. They’re true fans of Indian cuisine and really appreciate the complexities of the flavors and textures that make Indian food some of the best dishes in the world.
Before you watch, who do you think won our challenge? And how many do you think I ate in total? Do you think I finally broke my record? 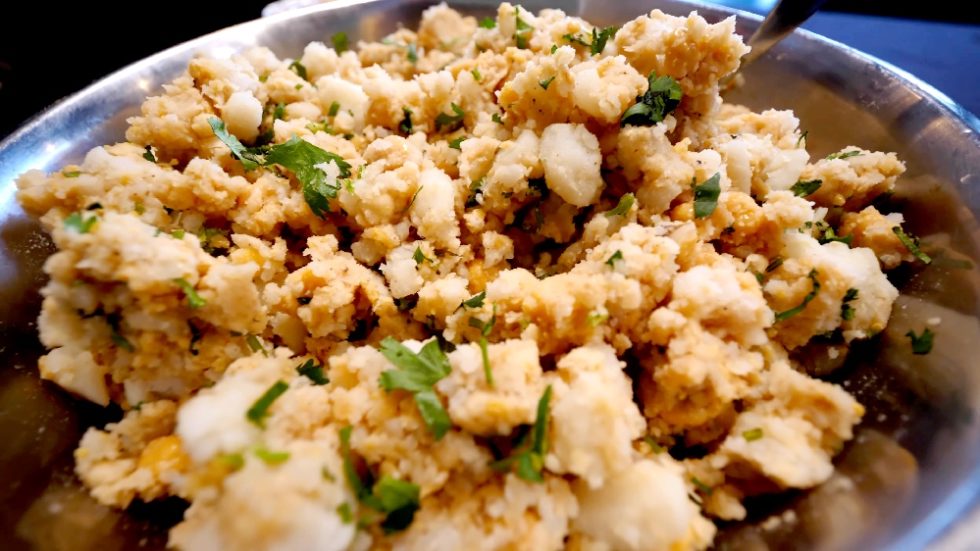 Even though traveling to India wasn’t possible in early 2021, I could still experience delicious Indian flavors in my hometown of Miami! In my latest Indian food adventure, I linked up with a pair of foodies and vloggers who love Indian food just as much as I do for an epic Indian street food challenge! Come with me as we do an unlimited pani puri – golgappa – puchka – fushka Indian street food challenge in Miami, Florida!
Ever since then, I have tried pani puri in multiple cities around India, as well as in Miami. I’ve even done pani puri challenges on the streets of Tezpur and Kolkata, and I also did one at Spice Magic Restaurant in Miami. Most recently, I did another in Pakistan!
Our goal was to each eat as many pani puris as we could and see who wins in the end! It was an epic but friendly competition. I even fasted before the challenge so I could eat more of them! The trick is for them to contain more pani than potato filling. That way, you don’t get full as quickly!

I hope you liked coming with me on my unlimited pani puri / golgappa / puchka / fushka challenge! If you did, please give this video a thumbs up and leave me a comment below. Also, please subscribe to my YouTube channel and click the notification bell so you don’t miss any of my travel/food adventures around the world!
[embedded content]
The only time I’ve done a pani puri challenge against someone was in Kolkata when I met up with my boy Carlos from Volpe, Where Are You. That time, I ate 36 pani puris, which is my current record. I wanted to beat it this time around! 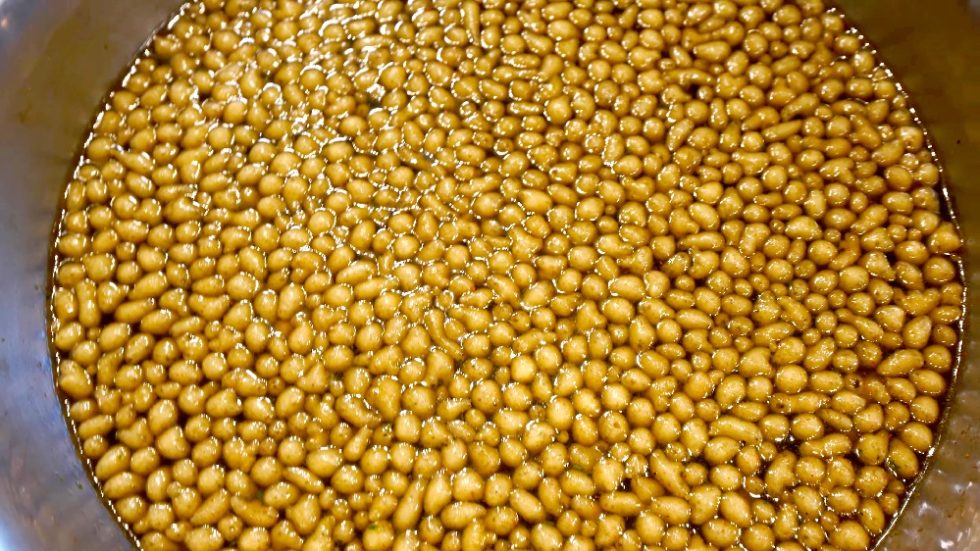 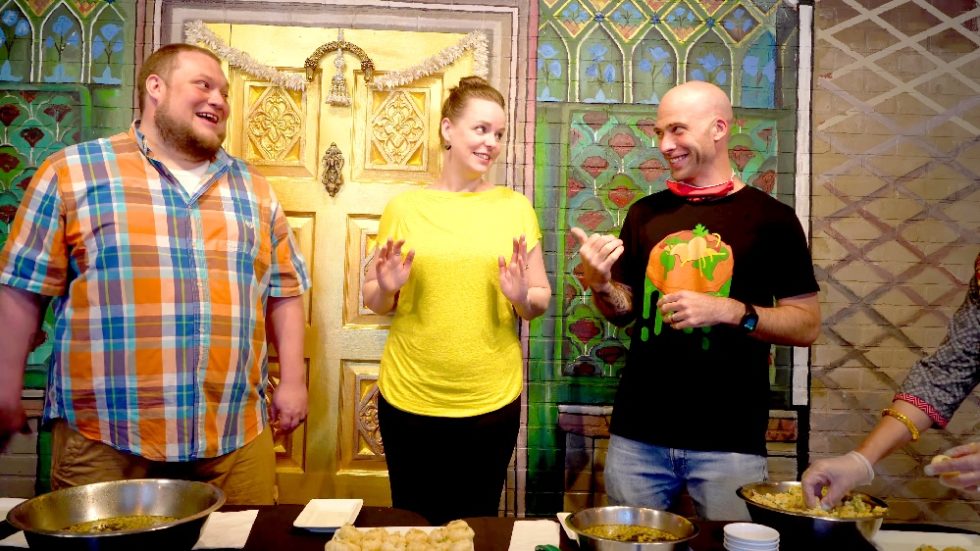 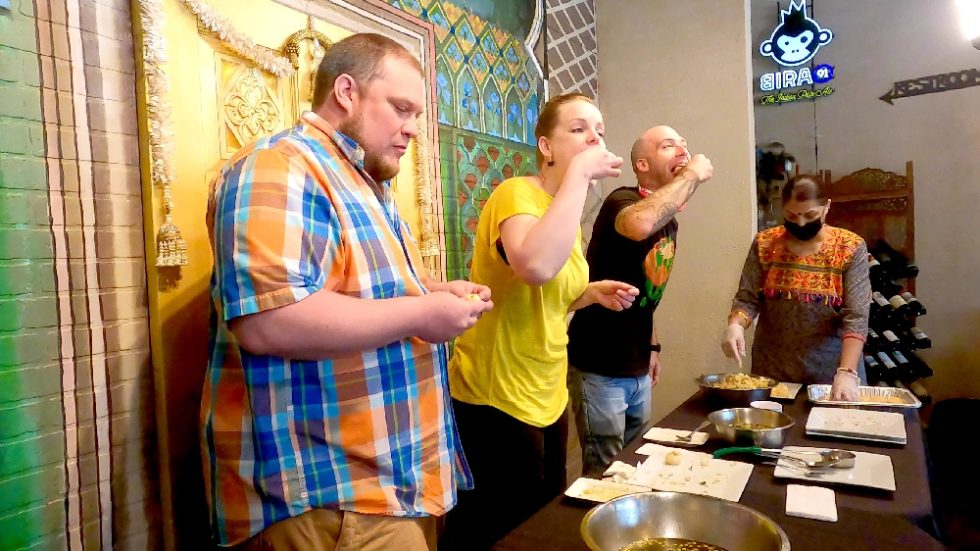 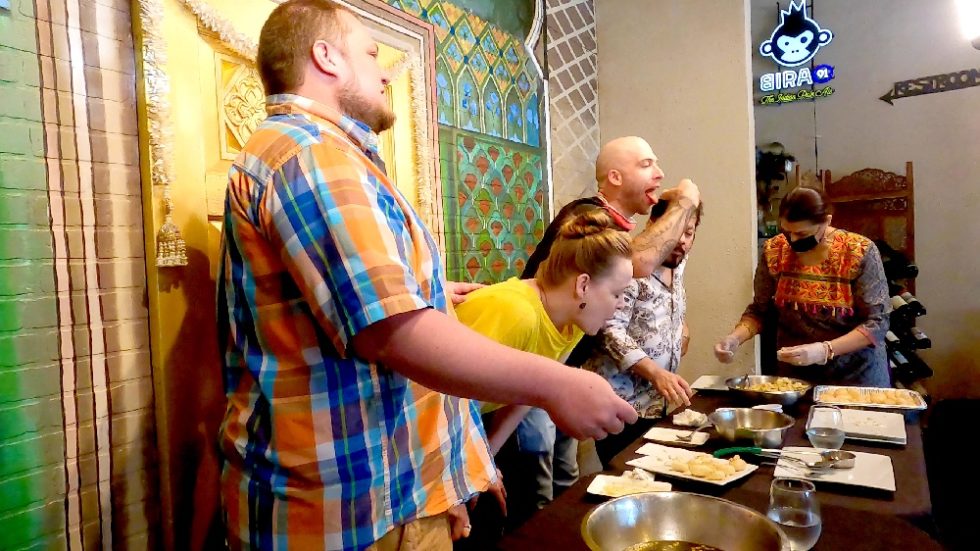 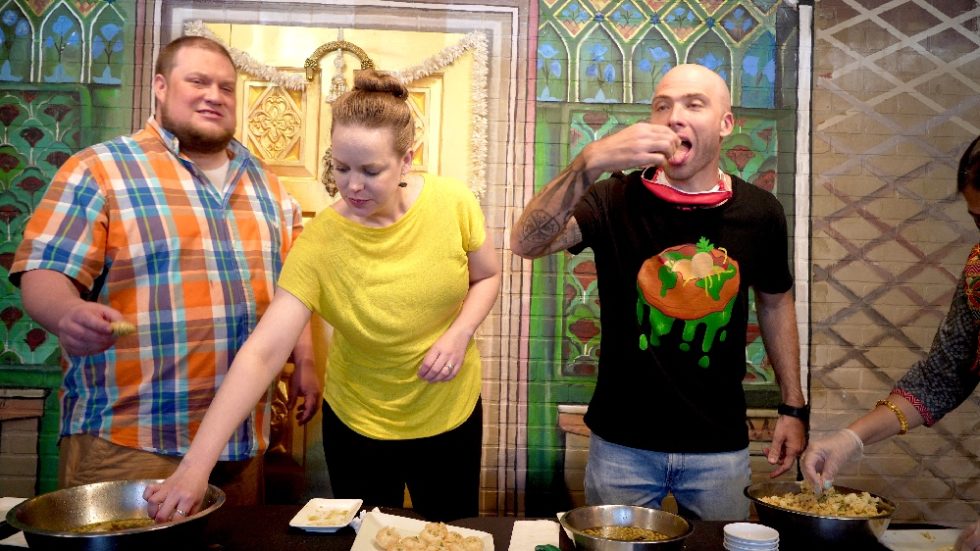 The puris were just as heavenly as ever, and had some nice spice to them as well. The amazing mix of flavors and textures is one of the many reasons why it’s one of my favorite foods, and one of my favorites to eat in food challenges!
At Saffron Pinecrest, I met up with my friends Chad and Joy from Follow Me, I’m A Foodie, who are massive lovers of Indian cuisine; as well as my good friend Danny, who helped us put this whole challenge together.
Eating Indian food is always a great experience, but it’s even better when you can share the experience with other people! Sharing my passion for Indian cuisine with friends and family is one of my favorite things to do, and I’m so glad I got to enjoy my favorite street food snack of all time with such awesome people. 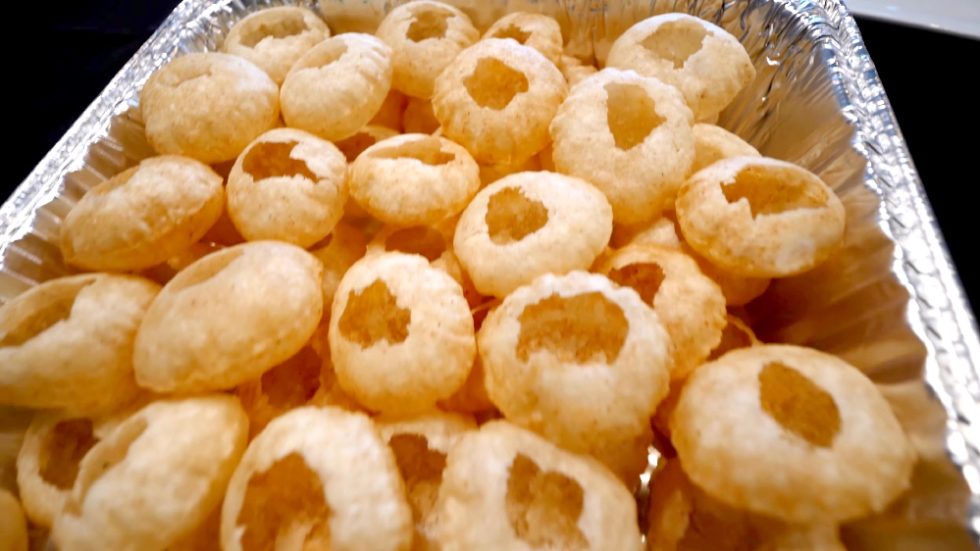 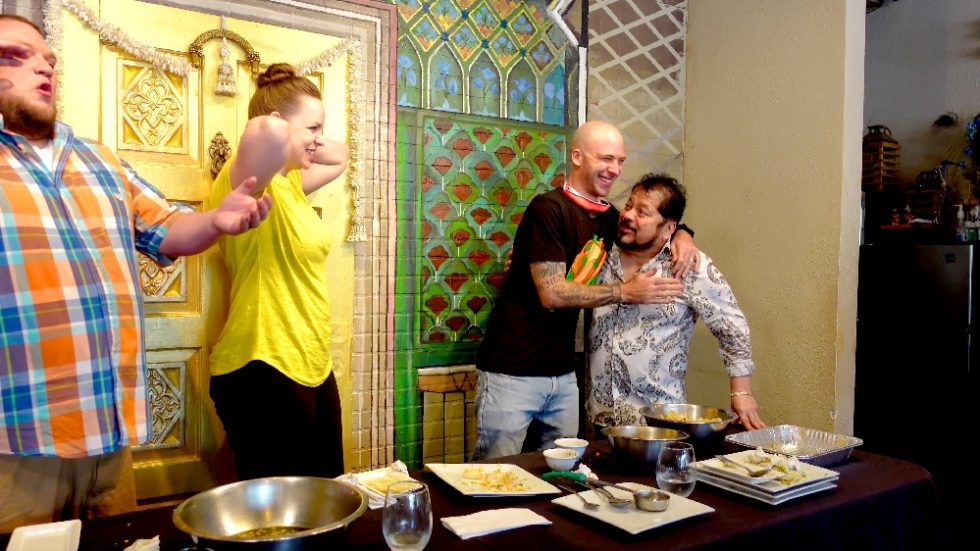 I have been in love with it ever since my first trip to India, when I tried it at Elco Restaurant in Mumbai. My life hasn’t been the same since!